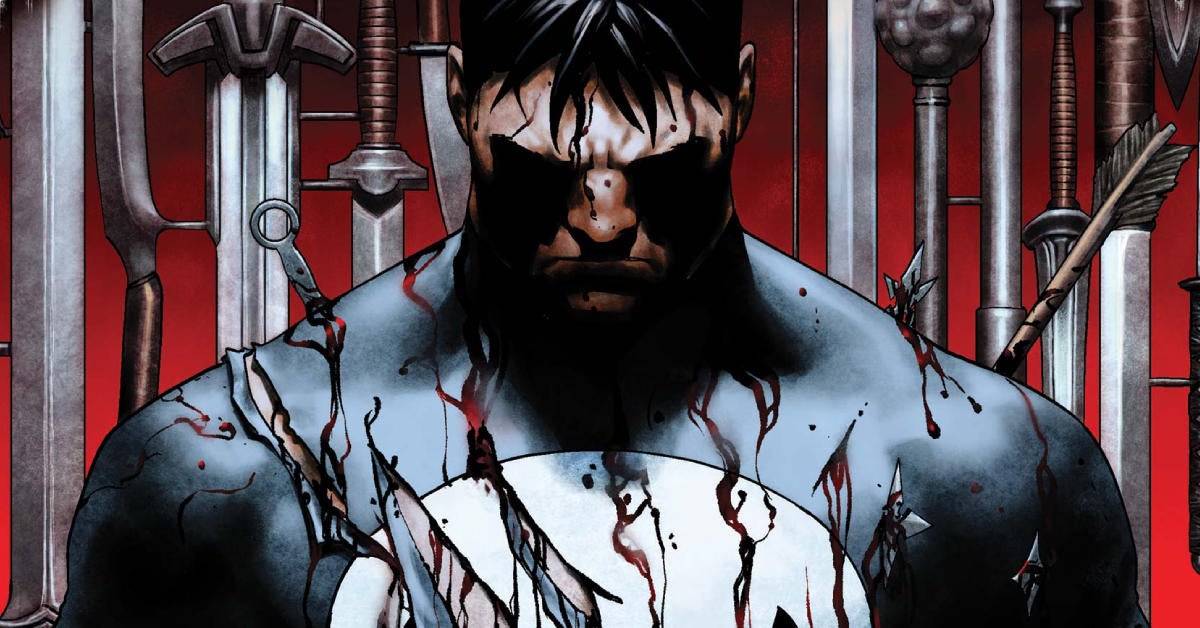 Marvel’s latest solicitations have confirmed that more changes are on the way for Frank Castle with “missing pieces” of The Punisher’s origin teased for an upcoming issue. Throughout writer Jason Aaron’s latest run on the character, some things have been changed about the character’s history, what is still unclear though is how much of it is true and how much of it are false memories implanted by The Hand.  In any event, the solicitation for Punisher #10 teases more reveals, reading in part: “Frank’s wife, Maria, uncovers more dark secrets from the past, including more missing pieces of the Punisher’s origin.”

That’s right, Frank’s wife Maria Castle is alive and well, all thanks to the evil ninja cult The Hand. When The Punisher was offered his position with The Hand, acting as The Fist of the Best and leading the group in dangerous fights, one of the conditions he demanded as that they use their resurrection technology to bring his wife back to life. He asked that they do the same for his children as well, but their science isn’t perfect and their young bodies have been dead for…quite a while. In short things are weird for The Punisher right now, and these “missing pieces” could very well change things forever for the Marvel favorite.

Throughout the latest issues of the series, Maria Castle has been remembering her time with Frank before her death, though unable to recall that she died at all. The seeds are being planted for something about that fateful day where Frank’s family died to be changed, what’s unclear is what it might be. Will the series reveal that Maria had some kind of hand in killing their children on accident or perhaps herself? The series has been going out of its way to make sure fans remember that Frank handed her a gun before and asked her if she knew how to use it. In any event, we’ll find out soon.You can find the full cover and solicitation for the upcoming issue below

PUNISHER #10
JASON AARON (W)
JESÚS SAIZ & PAUL AZACETA (A)
Cover by JESÚS SAIZ
Variant cover by KYLE HOTZ
At last, the Fist of the Beast has fully risen, and the full power of the new Punisher is unleashed upon the world. It’s a bad day to be a bad guy. Meanwhile, Frank’s wife, Maria, uncovers more dark secrets from the past, including more missing pieces of the Punisher’s origin.
40 PGS./Parental Advisory …$4.99