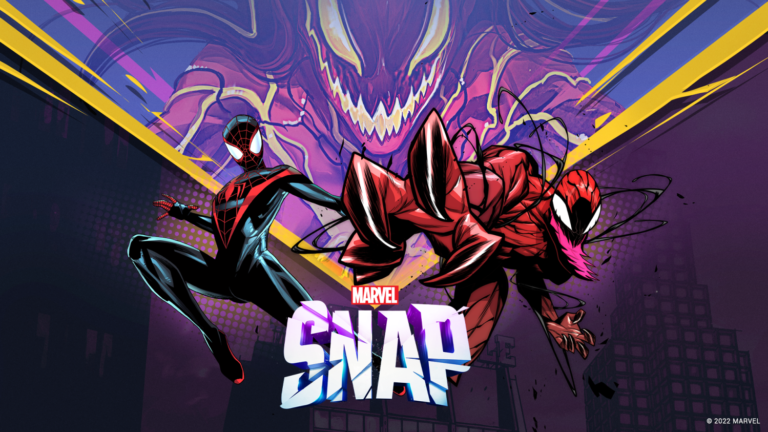 Marvel Snap is a wildly successful card game that has found its place as a quick card game with recognizable characters and gameplay that’s easy to pick up but contains enough depth to keep players engaged. As players earn new cards, more mechanics and strategies are introduced. One of the first mechanics players can experiment with is Ongoing, which is where this guide to the best Ongoing decks in Marvel Snap will come in handy.

Cards with Ongoing have persistent effects as long as they are on the field. Like most of the early archetypes given to players when they start out, it scales well into higher ranks. There are Ongoing lists at all levels of play and each offers a different look on a similar theme.

Decks start as simple to build because players are given a limited card pool, but later it can be hard to nail down a deck because there are so many options. The same is true for building around Ongoing. Don’t be afraid to include cards that use other mechanics like On Reveal to round out the list. The best lists will certainly focus on a theme but will shine through specific two or three-card combos. Decks in Marvel Snap are small and it’s reasonable to rely on narrow combos more than in other card games.

Ongoing is an archetype in Marvel Snap that’ll be one of the first ones players will get going once their collection starts growing. It prioritizes playing cards with Ongoing effects and stacking their abilities. It’s a diverse archetype that can be simple and still effective, but also branches into different subthemes. Both go-wide and go-tall builds are supported in the archetype. Positioning will be important when piloting this archetype because there are several cards that care about which location it’s placed in.

The ideal start for an Ongoing deck is playing a simple build that wants to curve out solid cards each turn. Once the collection grows the Ongoing archetype expands, but a good starting point is packing the best pool one Ongoing cards into a list and piloting it well. Mister Fantastic is a good three-cost card with two power that can affect the entire board. This card will likely slot into the middle location and can give +2 power to adjacent ones. It’s a solid way to apply early pressure to each location, forcing the opponent to react and giving you options on where to commit further resources. The Punisher is a three-cost reactive card that works well when played at a location where the opponent is dedicating cards to. It’ll scale as the game goes on and can push a location in your favor.

Key finishers in a standard Ongoing list are Iron Man, a five-cost card with zero power but the ability to double the power at its location. This is a powerful late-game play to secure a location victory or surprise the opponent on the final turn. Another worthwhile finisher that can win the game is Spectrum, a six-cost card that gives all other Ongoing cards +2 power.

As your collection grows, Ongoing opens up more. When looking at which strategy to lean into, there are two main lanes that Ongoing decks can go: wide or tall. Go-wide decks want to flood the field with low-cost cards. These builds thrive on delivering power to each location, putting the opponent in a defensive position and having to react to your plays.

Many starter go-wide lists are built around a couple of payoffs. Ka-Zar is an excellent pool one four-cost card with four power that gives all one-cost cards +1 power. It’s a strong card that can either be a finisher on turn five or six to surprise the opponent or come in on turn four to help determine which zones to commit to. Another solid payoff is Spectrum, a six-cost card that gives all of your Ongoing cards +2. Going tall in the Ongoing archetype wants to feature beefy finishers like Onslaught to overwhelm a specific location and get late-game wins.

This is a straightforward Ongoing list that wants to play a card every turn and set the stage for dominant turn five and six plays to win the match. Look to use Captain America to take advantage of an early swarm with the deck’s one and two-cost cards. Namor can be an effective way to threaten a location and force the opponent to dedicate resources to stop him. Mister Fantastic and Klaw are effective pieces of indirect power to other locations. Most games will be locked up by slamming either Iron Man or Spectrum for the victory.

This is a solid example of a go-wide list that’s focused on the Ongoing mechanic. Pool Two cards open up the package of Kazar and Angela to take advantage of the five one-cost cards in the list. This deck is able to attack all three locations and effectively dish out power to each of them. Blue Marvel is a wonderful turn-five play that will lock up a location before the final turn of the match. Onslaught and Spectrum are on the list to guarantee that you’ll have a finisher for turn six.

As you rise up the ranks deck becomes less about strictly sticking to a specific archetype and more about interactions. Ongoing, however, remains a solid mechanic to build around as your collection matures. Onslaught remains a consistently excellent finisher in Ongoing builds. The new additions are Captain marvel, a nice turn-five play that will move to a location that wins the game if possible. It’s a good way to surprise your opponent. Sandman is a great piece of technology to fight against go-wide builds that want to play multiple cards per turn. Storm is a similarly effective control piece that will lock down a location for you to win. This combos well with Captain Marvel because at the end of the game, the card can move to the flooded location for the win. Klaw has a similar effect by delivering power to a flooded location without needing to play a card there.