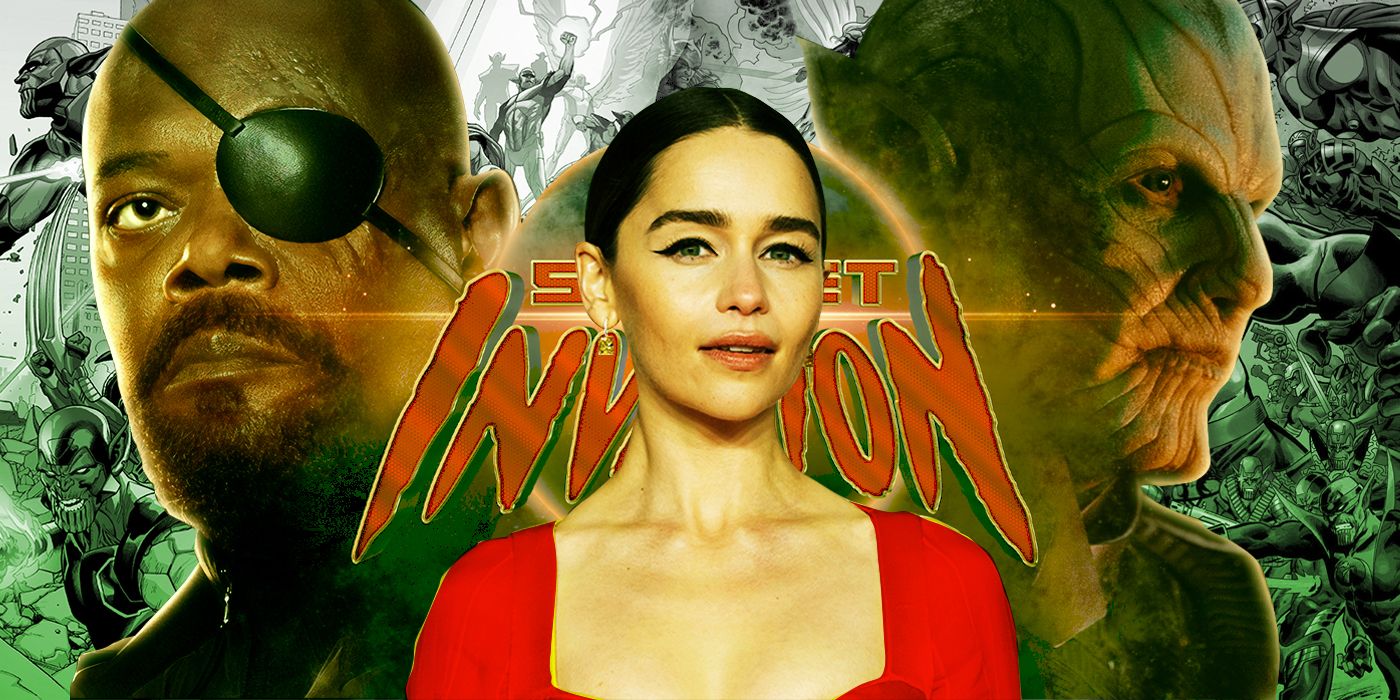 Ever since the exciting reveal of the trailer from Marvel Studios’ highly anticipated thriller series Secret Invasion, the superhero studio has been… secretive about details of the series. At this point, we’re used to Marvel revealing as little as possible about their upcoming projects, but staying mum about one character in particular has fueled massive fan speculation. Ever since she was announced as part of the series, Emilia Clarke’s (Game of Thrones) character wasn’t revealed. Until today, all we knew was that she was in the series. Now, however, it seems like a tiny piece of file – more specifically a gif – might have revealed who Clarke is playing after all.

As we can always count on Marvel fans to keep a close watch on absolutely anything related to the Marvel Cinematic Universe, a curious addition to Tenor – the gif aggregator you use to send funny stuff to your friends – may have accidentally revealed the name of Clarke’s character. Recently, an official account for Marvel’s Secret Invasion was created on the site. This is fairly common, since the idea is to upload gifs which represent moments fans are likely to want to reproduce on social media. One of those gifs is of Clarke, and it has been labeled “its the beginning abigail brand”. It features the actor saying that very sentence, minus her name.

One thing that underscores the very real possibility that Clarke is indeed playing Abigail Brand is that other characters that we’re already familiar with were also inserted into the Tenor database as other gifs from crucial moments. Some of those gifs have labels that identify characters like Nick Fury (Samuel L. Jackson) and Maria Hill (Cobie Smulders). Now, for the curious minds out there the question is: Who is Abigail Brand?

In the canon Marvel comic book story, Abigail Brand is the commander of S.W.O.R.D., the intelligence agency that is the counterpart of S.H.I.E.L.D., and that was already introduced to the Marvel Cinematic Universe in WandaVision. The agency has the important task of protecting Earth against extraterrestrial threats. “Secret Invasion” is one of the most popular Marvel arcs ever, and it sees the shape-shifting Skrulls wreaking havoc among superheroes. If the series mirrors the comics, Abigail can be a spy whose half-alien nature might help Fury uncover the Skrull threat along with Talos (Ben Mendelson).

Secret Invasion is gearing up to be one of Marvel’s best series — and is certainly one of the most anticipated —, with the trailer suggesting a paranoia-filled environment that might be recurrent on Phase Five. The series will also feature a batch of familiar faces, including Don Cheadle as James Rhodes/War Machine and Martin Freeman as Everett K. Ross. Other cast members include Olivia Colman, Christopher McDonald, Carmen Ejogo, Kingsley Ben-Adir, and Killian Scott.

Disney+ premieres Secret Invasion in 2023. A specific release window is yet to be announced by Marvel Studios. You can check out the trailer for the series below: