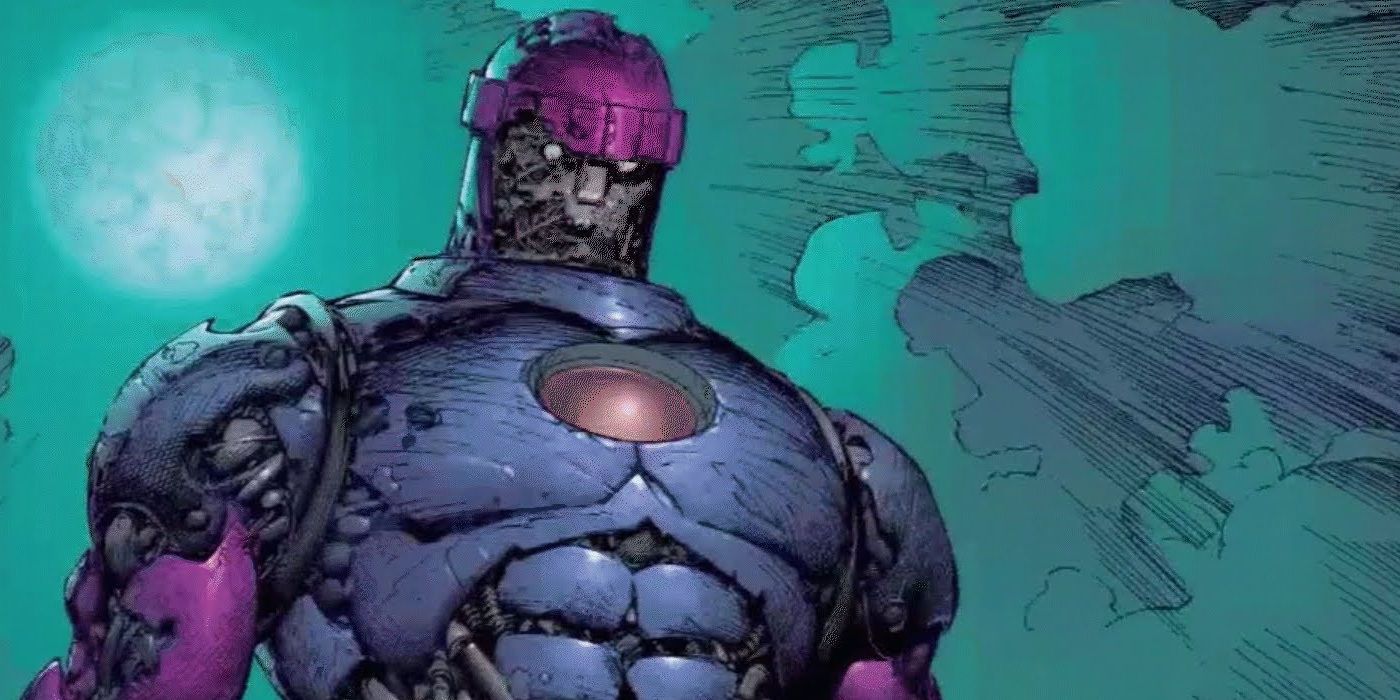 The Sentinels have long been symbols of mutant oppression, and now average mutant-hating humans have access to them!

The Sentinels are one of the X-Men’s biggest nightmares, and now Marvel has given them a new and horrifying twist. In X-Men Annual #1, Firestar and Iceman, while putting out small fires around the world, stumble across a horrifying secret: white supremacist militias have purchased old Sentinels, and are using them for their own racist ends. The issue is on sale now in print and digital.

The X-Men are being stretched to their breaking point, as numerous small catastrophes have sprung up around the world, each requiring their attention. Among the incidents are an attack by the Bi-Beast, a distress call from Mojo as well as a robbery of Krakoan medicines from a clinic in Florida. Firestar and Iceman head to Florida, where they discover the villain Whirlwind (a mutant) was behind the theft of the medicines. After dispatching Whirlwind, Firestar and Iceman continue their whirlwind tour, eventually arriving in Plainfield, Michigan. There, a white supremacist militia has bought what Iceman refers to as “junkyard Sentinels,” that is, old and outdated Sentinel models, that they were able to pick up relatively cheaply. The X-Men make quick work of the old Sentinels as the militia members flee. X-Men Annual #1 is written by Steve Foxe, illustrated by Andrea Di Vito, colored by Sebastain Cheng and lettered by Clayton Cowles.

The Sentinels have long been the vanguard of humanity’s defense against mutants. The giant, lumbering robots have become iconic, and strike fear into the hearts of mutants all over the world. First appearing in 1965’s Uncanny X-Men #14, they have terrorized and murdered many mutants; the Sentinels have also been integral to a number of classic X-Men storylines, such as Days of Future’s Past and E is for Extinction. Over the years, there have been multiple varieties of Sentinels, including self-replicating models as well as a biomechanical version. These robots have largely been used by governments, but now domestic terrorists, in the form of white supremacy militias, have gotten their hands on these monstrosities.

The idea of hate groups, of which white militias are, having access to Sentinel technology is horrifying. These groups preach hateful rhetoric that marginalizes everyone who is different–including mutants, and now these militias have access to technology that can possibly kill one. There have been stories in which Sentinels were reprogrammed to kill humans, so what is to stop one of these domestic terrorists, assuming they have the smarts to do so, from doing the same? A Sentinel designed to kill Black people, or LGBTQIA folks or anyone who is not White is a terrifying prospect. While the militia members seen in this issue did not inspire confidence, as they were running scared for their lives, others may be more direct in their approach–and be able to cause serious damage and destruction.

Domestic terrorist organizations, such as the type embodied in white supremacist militias, are some of the worst examples of humanity; they seek to terrorize those who are different and do not fall into their narrow, dogmatic viewpoints. Likewise, the Sentinels represent the worst of humans as well, technological embodiments of the human desire for hatred and Other-ing. The X-Men have long had their hands full of these killer robots for many years, and now they must contend with average humans having them as well.

Next: Age of Apocalypse Proves Humans Will Always Be X-Men’s Ultimate Enemy

X-Men Annual #1 is on sale now from Marvel Comics!