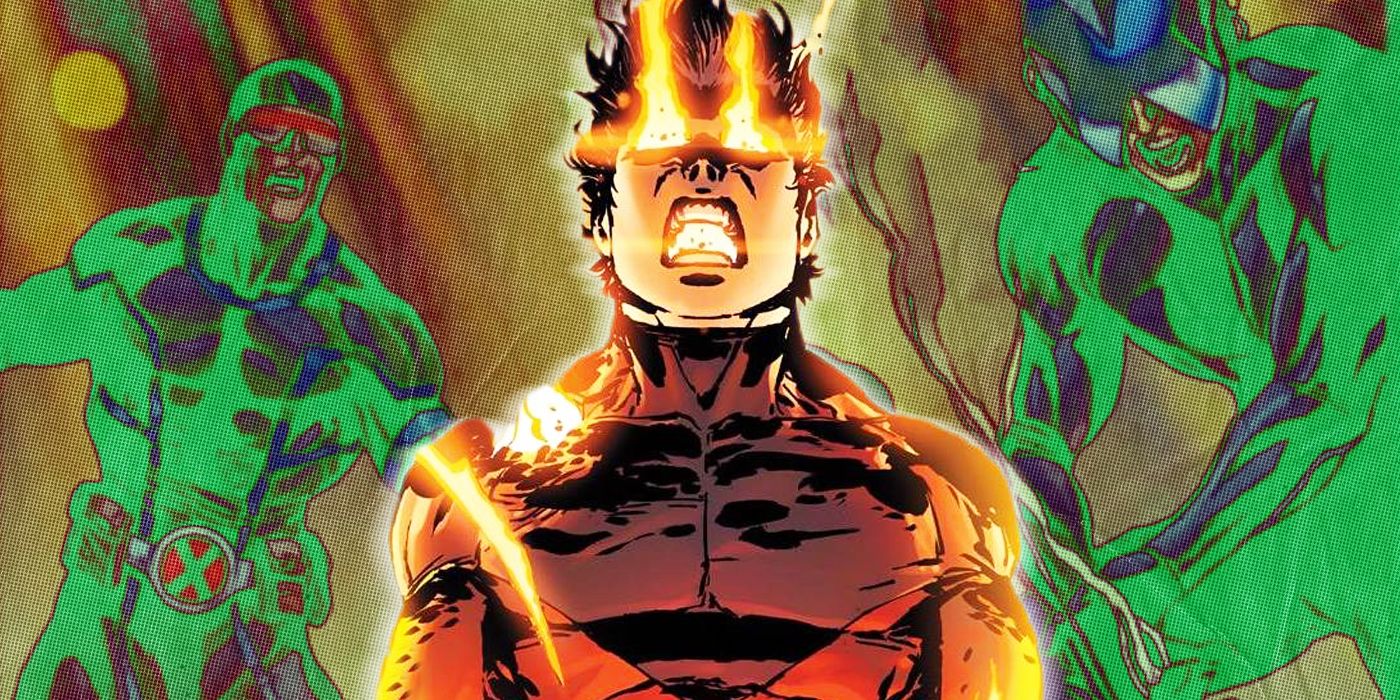 X-Men Red writer Al Ewing teases that the impending clash between Storm and Vulcan will have drastic implications for [SPOILER].

“I’m obviously not going to spoil the plot in an interview, but I can reveal that it is pretty epic,” Ewing told CBR in an exclusive interview. “The landscape of Arakko is very literally changed by this confrontation, as you’d expect. It’s a battle between two people that we’ve established are equally matched, except one’s had a nice rest in an egg and the other hasn’t, so does that tip the scales a little? I guess we’ll find out.”

Vulcan was killed back in X-Men Red #3 by Tarn the Uncaring in a battle for a seat on the Great Ring of Arakko, the Mars colony’s ruling body. Following his death, he was placed on the bottom of the resurrection list due to his erratic behavior and tendencies toward violence. However, in X-Med Red #9, Charles Xavier / Professor X moved him up to the top of the list and resurrected him in order to give the mutants another Omega in their fighting ranks. During the resurrection process, Charles tried to telepathically give Gabriel behavioral therapy, but the plan backfired, leaving Gabriel just as, if not more, psychologically unstable and on a collision course with Storm.

The two mutants are set to battle it out in X-Men Red #10, which will hit digital and physical comic shelves on Jan. 4, 2023. From there, the X-Men line will shift its focus to “Sins of Sinister,” Marvel’s latest crossover event. Beginning with Sins of Sinister #1, the crossover will span three separate time periods, looking at the various ways Sinister’s rule transforms the Marvel Universe. “Sinister’s lurked around, being sinister, for all the Krakoan Age. Eventually, he was going to make a play. This is it, and it’s bigger than you can imagine, stretching across 1000 years of nightmares,” writer Kieron Gillen said. “Dystopic future stories are an X-Men classic. We wanted to find a new way to approach that and give something we haven’t seen before. I think we’ve pulled it off. Sinister gets exactly what he wants, and it’s hell for everyone. Including Sinister.”

RELATED: Wolverine’s Been Demoted From a Major X-Man to a Villain’s Mutant Pet

Following Sins of Sinister #1, Mr. Sinister’s rule will continue to be explored in the pages of Gillen’s Immoral X-Men (replacing Immortal X-Men), Ewing’s Storm & the Brotherhood of Mutants (replacing X-Men Red) and Si Spurrier’s Nightcrawlers (replacing Legion of X). They will be joined by artists Paco Medina, Andrea Di Vito and Alessandro Vitti, who will each draw one issue of each three-issue tie-in series. The event will conclude with April’s Sins of Sinister: Dominion #1.