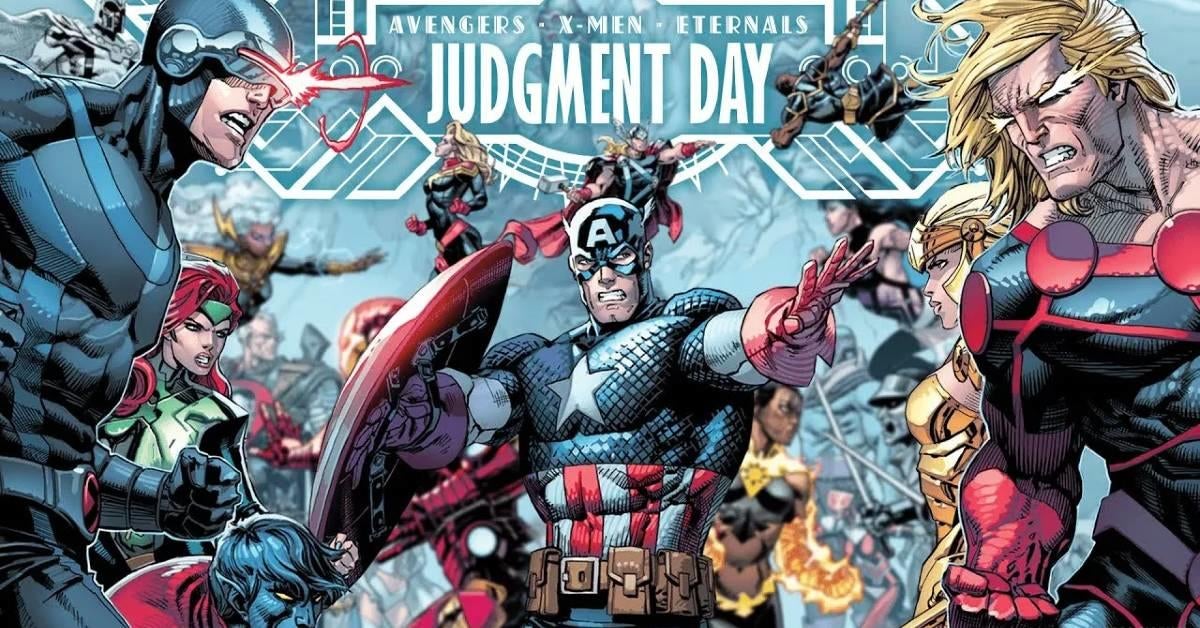 A.X.E.: Judgment Day has come to a close, and it provides fans an answer to the Mutants vs. Eternals rivalry that’s been raging since the Marvel event started. Judgment Day originally pitted the X-Men and Eternals against each other, with the Avengers caught in the middle. Events quickly changed when the Celestial Progenitor was created to end the skirmish; however, all Progenitor wound up doing is passing judgment on the planet Earth. Having failed humanity, Progenitor is currently working to destroy Earth in Judgment Day #6. With the fate of humanity and the planet at stake, Marvel also manages to settle the debate between mutants and Eternals once and for all.

WARNING: The following article contains spoilers for A.X.E.: Judgment Day #6. Continue reading at your own risk!

A.X.E.: Judgment Day #6 by Kieron Gillen, Valerio Schiti, Ivan Fiorelli, Marte Gracia, and VC’s Clayton Cowles sees the Avengers, X-Men, and Eternals convince Progenitor to spare Earth, after making the Celestial realize its no God and doesn’t need to be judging anything. Sersi even admits to the world that the key to Eternal immortality is the result of a human dying to take their place. This costs Sersi her life, but it does help turn the tide. Progenitor then tasks Ajak to replace it, turning her into Ajak Celestia, the new God of the Eternals.

As for the X-Men and Eternals, a promising truce is proposed, with the two sides becoming powerful allies.

Are the X-Men and Eternals Still Enemies?

Zuras, who replaces Starfox as the Prime Eternal, makes a public statement in front of the world apologizing for Druig tossing the Eternals into a war with the X-Men and mutants. Druig believed mutants were an “excessive deviation” of Deviants, therefore making mutants sworn enemies of Eternals.

“We apologize without reservation for the war on the mutant people and the atrocities on their soil,” Zuras tells Storm on bended knee. “We offer a treaty of alliance. Your fights are our fights, if we are welcomed. We offer the people of Arakko the weapon that was used against them. Uranos, for an hour, to do with what you will.”

Uranos, the great-uncle of Thanos, was Druig’s secret weapon in the opening salvo of Judgment Day. Druig unleashed Uranos on Arakko, the former Mars now occupied by the rogue Arakki. Arakko and its population was devastated, even though Uranos only had one free hour to do his damage. But now the Eternals have loaned out Uranos to Arakko to use as they see fit if that day were to ever come.

Judgment Day began with the X-Men and Eternals at war, but luckily, it concludes with the two sides closer than ever before.