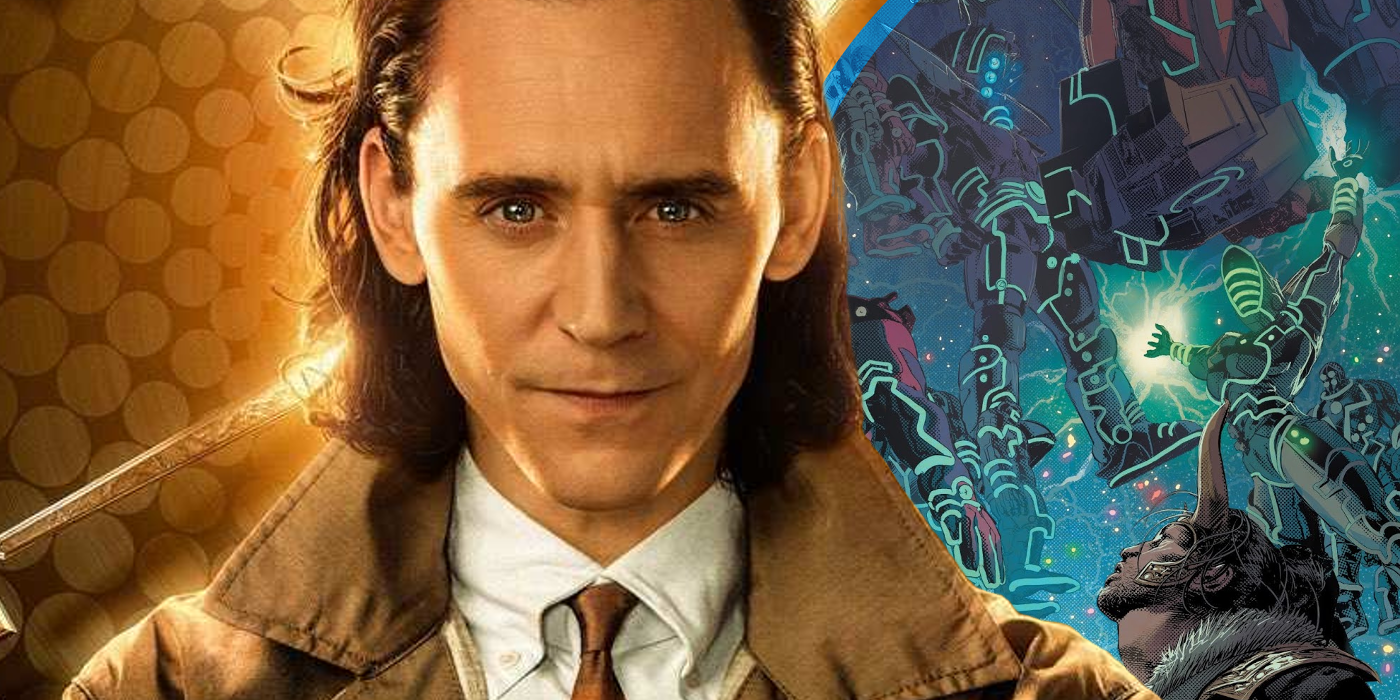 Warning: SPOILERS for Defenders: Beyond #5

The shocking conclusion to Marvel Comics’ Defenders: Beyond series has finally explained the controversial ending of Infinity Wars, the company’s big crossover of 2018. The last pages of that story showed Loki discovering the supposed “truth” hiding behind the Marvel Universe and the secret origins of the Infinity Stones, but that conclusion left more questions than answers, until now.

In Infinity Wars (by Gerry Duggan and Mike Deodato Jr.), the return of the Infinity Stones causes a big, multidimensional crisis. Loki manipulates a team of heroes to help him in his quest to break the boundaries of the universe and find out the reason why he is never portrayed as a hero in his own stories. Using the assembled Infinity Stones’ power, Loki breaks through the barrier in the Quarry of Creation and emerges in another universe, inhabited by countless Celestials, who (apparently) create the Infinity Stones and then send them into Marvel’s main reality (for unknown reasons). The Celestials direct Loki towards a mirror where he sees his future, after which he laughs and simply returns to his universe, without revealing what he learned at that moment.

Related: Marvel Has The Best Criticism Of DC’s Endless Reboots

There was no follow-up to this plot for years, leaving fans wondering what Loki actually saw in his future. The question is finally answered in Defenders: Beyond #5, by Al Ewing and Javier Rodrìguez. In the series, a team of heroes (which includes a version of Loki who survived the end of the Seventh Cosmos) is chosen by Eternity, the personification of Marvel’s Eighth Cosmos, to travel back through the previous iterations of the Multiverse and learn about a mysterious new threat to reality. In the final issue, the Defenders land in the House of Ideas, a metatextual representation of Marvel Comics itself, which serves as the final stop between the comics world and its creators in the real one. There, the Loki of the Seventh Cosmos looks in a mirror and sees the Loki of the Eighth doing the same at the end of Infinity Wars, thus explaining the enigmatic conclusion of that story.

Marvel Reveals What Loki Saw At The End Of Infinity Wars

The Loki of the Eighth Cosmos, who was also trying to get a glimpse of the origins of his reality, realized that he would never actually get there (to the House of Ideas), but another version of him would, which is why he laughed and said: “So that’s the way it goes“. It’s very unlikely that this is what Infinity Wars author Gerry Duggan envisioned all along. More likely, this connection is due to Defenders: Beyond‘s writer Al Ewing’s passion for Marvel’s history, including the most recent one. Ewing loves to reference other stories in his own works, and he always strives to paint a big, coherent picture that includes everything that ever happened in Marvel’s crazy history. On this occasion, he tied up Duggan’s loose plot thread and also gave a brief explanation of the presence of the Celestials: breaking through the Quarry of Creation, Loki reached the start of the Marvel Multiverse, the First Cosmos, where he saw the First Celestials creating the first Infinity Stones.

The reason why Ewing decided to circle back to Infinity Wars is that, in this issue of Defenders: Beyond, the Loki of the Eighth Cosmos gets “overwritten” by the Loki of the Seventh, who is much more popular with fans. While this does not make Infinity Wars less chaotic, the conclusion of that event at least now makes some sense thanks to Defenders: Beyond and Al Ewing’s undeterred love for the Loki character.

Defenders: Beyond is available now from Marvel Comics.