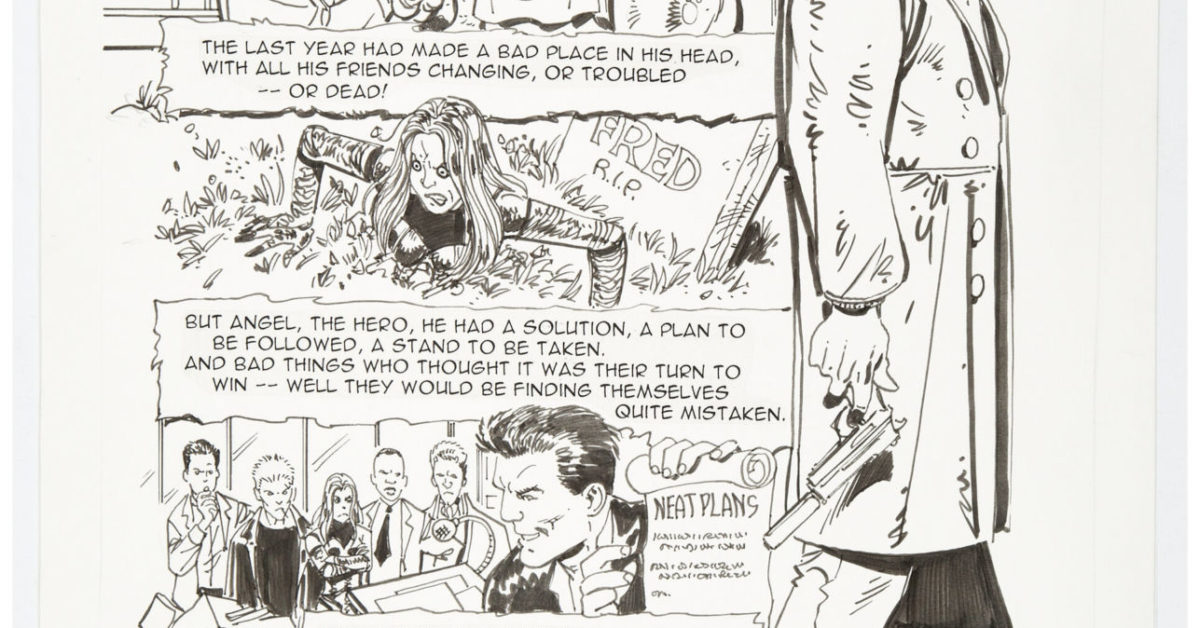 Joss Whedon‘s Angel, the noir-inspired Buffy the Vampire Slayer spinoff that followed a vampire cursed to have a soul, famously ended with its heroes charging into an impossible battle. It was a final statement rather than a cliffhanger though, underlining the series’ theme that the battle never ends and that your life is defined by your daily choices. It was such a beloved and controversial ending that many Angel fans were worried when it was announced that Whedon paired with IDW to oversee the series’ official continuation as a comic book. However, writer Brian Lynch worked when Whedon to turn the series into an epic and character-driven climax that was worthy of following the series’ phenomenal ending. While the series was mostly drawn by the late and great Franco Urru, there was a series of special short stories in the second arc that filled in the space between the Angel finale and Angel: After the Fall #1 that featured other artists. One of those artists was John Byrne, the comics vet, who illustrated a lyrical story about Lorne. These original Byrne pages are up at Heritage Auctions and what makes these exceptionally special is that the lettering was drawn into the art. That means that whoever buys this has the entire Lorne story, letters, and all.

Lorne recalls what happened in the last episode of Angel, and how he created a small patch of peace after Los Angeles was transported to Hell. John Byrne provides the art for this backup story featured in the comic adaptation of the hit vampire TV series. Ink over graphite on Bristol board with image areas of 10.25″ x 15.75″. Text paste-ups, some residue staining, with light creasing/handling wear. Each page is signed by Byrne at the bottom left and overall in Excellent condition.

Angel fans and John Byrne readers/collectors can now hit Heritage Auctions, where this special After the Fall listing is live. May the Powers that Be be with all attempting to add this to their Buffyverse collections.

Affiliates of Bleeding Cool buy from and/or consign to Heritage Auctions.