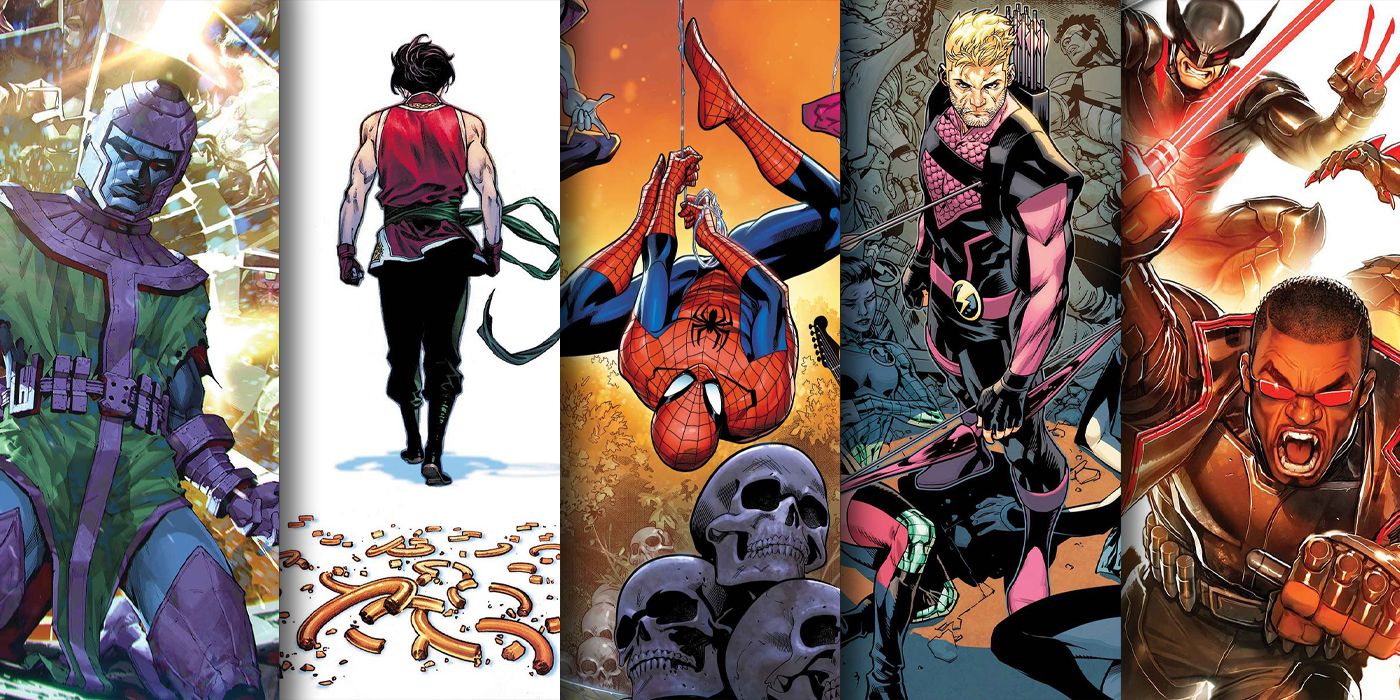 Marvel releases a new Timeless one-shot starring the MCU’s next big villain, Kang the Conqueror, and sets the stage for where its series go in 2023.

Kang the Conqueror returns for Marvel Comics’ next Timeless one-shot teasing what is on the way in the new year.

On December 29, 2021, Marvel released a prior Timeless one-shot that starred the Marvel Cinematic Universe’s next big bad, Kang, and teased 2022 comic book storylines, such as Ben Reilly as Spider-Man in The Amazing Spider-Man‘s “Beyond” saga, the Punisher becoming the leader of the Hand in his latest solo series, and a vision of Thanos wielding an Infinity Stone-powered Mjolnir that Thor has been haunted by in his own title. This Wednesday, for a second year in a row, Marvel releases another Timeless one-shot — written by Jed MacKay with art by Greg Land, Patrick Zircher and Salvador Larroca — and its solicitation promises to give readers “a shocking look at the Marvel Universe to come in 2023.” The previous Timeless book ended with a tease for Marvel’s Miracleman projects, which were revealed later as a special Miracleman one-shot and new Miracleman: The Silver Age series, but what big events and/or stories the new Timeless may set up remain to be seen.

Also out this week is the Spider-Man-focused chapter of the Murderworld series by writers Jim Zub, Ray Fawkes and artist Farid Karami: Murderworld: Spider-Man #1. Artist Paco Medina’s cover for the issue teases that more than one Spider-Man may make an appearance, however, being that it features Peter Parker, Miles Morales, Spider-Gwen, Spider-Man 2099 and Spider-Punk. The issue is the second part of Murderworld, arriving after the previously released Murderworld: Avengers #1, but before the story’s latter issues — Murderworld: Wolverine, Murderworld: Moon Knight and Murderworld: Game Over — set to release between January and March 2023.

As for Marvel’s other new issues on sale this week, both Shang-Chi and the Ten Rings and Thunderbolts are releasing their final issues while Star Wars: The High Republic – The Blade is launching. Also, Marvel’s Dark Web event continues with The Amazing Spider-Man #16, Dark Web: X-Men #2 and Venom #14. The full list of releases can be found alphabetically below, covers and solicitations included.

SHANG-CHI AND THE TEN RINGS #6

All of these issues go on sale Dec. 28 from Marvel Comics.