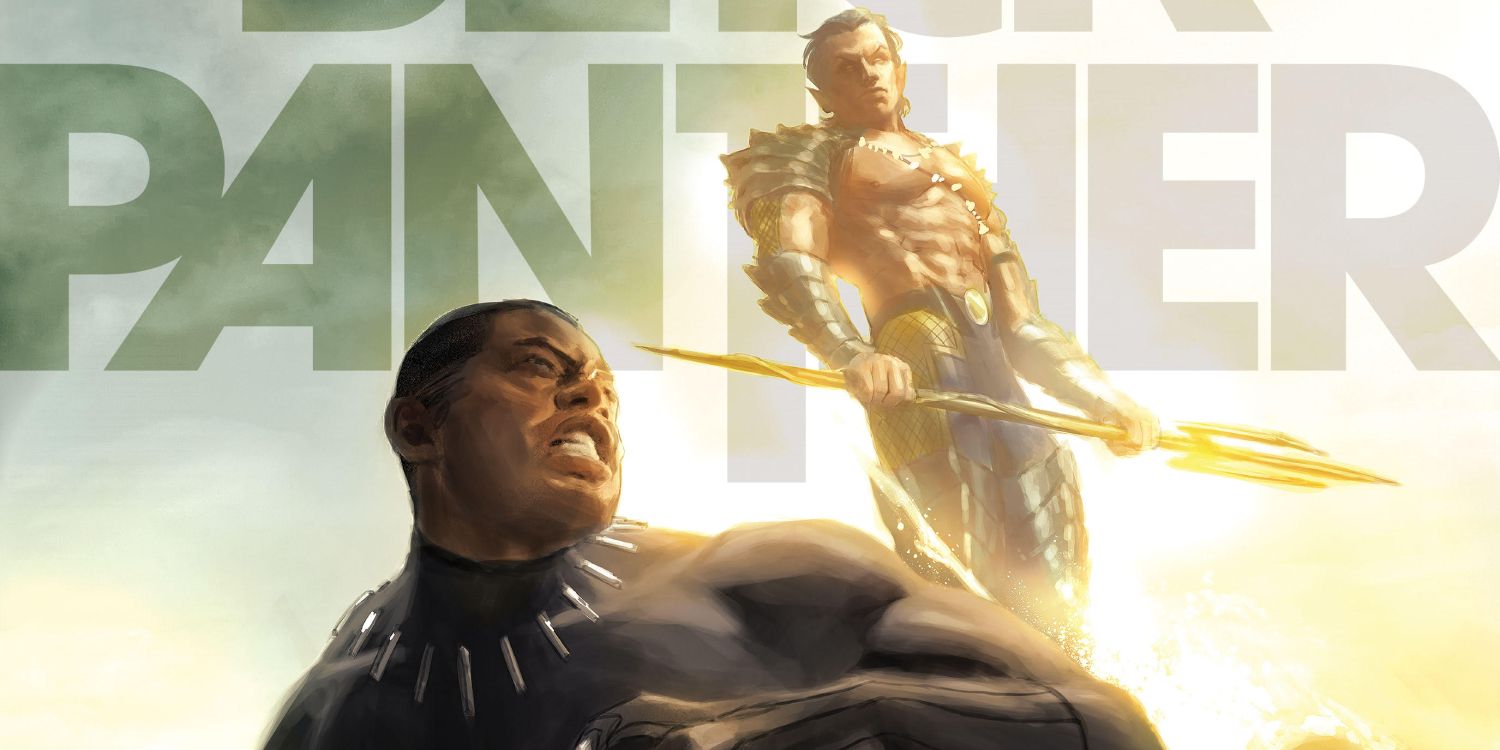 Two of the most bitter rivals in the entire Marvel Universe are about to join forces within the pages of John Ridley’s Black Panther.

In the upcoming Black Panther #13, T’Challa/Black Panther — who has found himself at odds with the Avengers — ends up doing battle with Earths Mightiest Heroes themselves. The issue’s original solicitation teased an “unexpected ally” arriving to fight at T’Challa’s side. Marvel has now released artist Miguel Mercado’s spoiler variant cover for Black Panther #13, as well as an extended synopsis, revealing that said ally is none other than Namor.

“The King of Wakanda and the King of Atlantis will cross paths again in January’s BLACK PANTHER #13, but this time, they may actually fight side-by-side!” The House of Ideas wrote in an official release. “Writer John Ridley’s run on the title has found T’Challa removed from the Avengers, exiled from Wakanda, and on his own against a threat with deep ties to his past. BLACK PANTHER #13 will depict a heated battle between T’Challa and the Avengers, and just when all seems lost, an unexpected ally arrives at the fray to stand at T’Challa’s side! ENTER NAMOR! The most bitter rivalry in Marvel Comics reaches a surprising turning point but will T’Challa accept Namor’s help or make him pay for the pain he’s inflicted on Wakanda in the past?”

The solicit for February’s Black Panther #14 offers a bit more information. “Battered and beaten after his grueling battle with Captain America, T’Challa has everything to prove and nothing left to lose,” it reads. “So when Namor arrives on the scene, Black Panther is determined to make him pay for the pain he’s inflicted on Wakanda in the past. But the terrorists of his making still loom large, and Namor never goes anywhere without a plan — and an angle…”

In the meantine, Black Panther #13 is currently scheduled to hit comic shops on Wednesday, Jan. 11, 2023. The issue comes from Academy Award-winning writer Ridley alongside artist Germán Peralta. In addition to Mercado’s variant, the book features a main cover by legendary artist Alex Ross.

The Enemy of My Enemy Is My Friend

Of course, there is certainly no love lost between Black Panther and Namor. The two kings have long been distrustful of one another — and though early conflicts between them ended quickly, Wakanda and Atlantis officially went to war amid Marvel’s Avengers vs. X-Men event, which found Black Panther and Namor on opposite sides of the heated conflict.

RELATED: Why a Namor Solo Movie Isn’t in the Cards for the MCU

While tensions were ultimately eased thanks to Secret Wars, the rivalry between Black Panther and Namor remains one of the most infamous in Marvel history. In fact, the strife between Wakanda and Atlantis (or, in this case, Talokan) was recently brought to the big screen in Marvel Studios’ Black Panther: Wakanda Forever. That in mind, it remains to be seen why exactly Namor has chosen to stand with T’Challa against Earth’s Mightiest Heroes back in the comic book continuity.