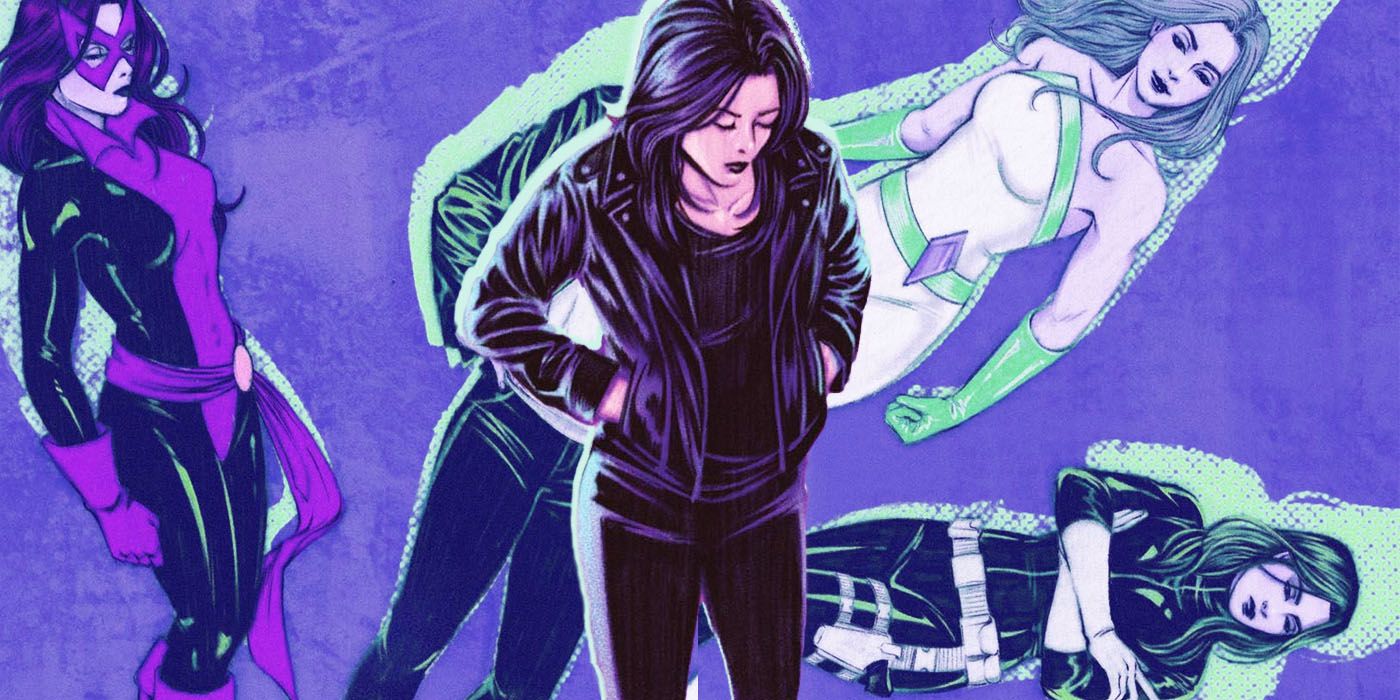 The following contains spoilers for The Variants #4, now on sale from Marvel Comics.

The Variants has been an engaging exploration of Jessica Jones, the woman she’s become, and the people who could have remained if her life had things played out differently. This includes witnessing how other versions of her might have lived their lives, and how they process trauma — especially the pain inflicted by the Purple Man, which remains a lingering element of Jessica’s character.

Her latest confrontation with the remnants of Purple Man’s cruelty in The Variants #4 (by Gail Simone, Phil Noto, and VC’s Cory Petit) also highlights the connection Jessica has to the mutant community, as a major psychic X-Men comes to her aid in the confrontation. This is also not the first time the X-Men have done so, giving the mutants a tighter connection to one of Marvel’s grittier heroes.

RELATED: How Judgment Day Sets the Stage For the Fall of the X-Men

The Variants has been a fun opportunity to introduce a host of new Jessicas, bringing the largely grounded character into the grander multiversal scale of the Marvel Universe. But the real heart of the series is Jessica wrestling with a mental time bomb, left in her mind courtesy of Purple Man. The control he has over her could compel her to murder her family, something she’s desperately trying to avoid. But the real trick in preventing the Purple Man’s apparent revenge relies on some telepathic backup. Thanks to their time together on the New Avengers, Luke Cage is able to call up Wolverine, who in turn brings Charles Xavier into the story.

With his amazing telepathic abilities, Xavier is able to quickly dive into Jessica’s mind and help her confront the version of the Purple Man that occupies her mind — easily tossing around the remnant of the villain with disdain. Notably, Xavier also takes the time to dive into the psychic time bomb and does his best to help Jessica overcome her trauma — although Jessica still refuses to forgive Purple Man for his actions. It’s a solid beat between two nominally unconnected characters, giving Xavier the chance to help someone with his powers who isn’t a mutant. However, this is not the first time that Jessica has turned to the X-Men for assistance.

The X-Men Have Previously Allied With Jessica Jones

In the original Alias (by Brian Michael Bendis and Alex Maleev), Jessica’s attempts to overcome Purple Man’s mental control took an extended period of time. After she was forced into attacking the Avengers and put into a coma as a result of the ensuing battle, it was Jean Grey who used her telepathy to help awaken Jessica. When Purple Man returned late in the series to wreak new havoc on Jessica’s life in Alias #28, she was met with a psychic projection of Jean. Jean revealed that during her efforts to help her overcome the Purple Man’s influence, she left a trigger within her mind that could counter his control over her. As a result, she was able to surprise and defeat the villain, ending Alias on a triumphant note.

Jessica Jones’ place in the Marvel Universe has always been rooted firmly in gritty places, taking cues just as much from noir mystery as the superhero genre. Her ties to the greater universe have unusually been tied directly to the Avengers, Luke Cage, and even Spider-Man. But while she has had few formal team-ups with them, the X-Men have proven to be crucial to Jessica’s efforts to undo the damage left in the wake of the Purple Man. The X-Men’s litany of powerful psychics gives them the perfect counter to the Purple Man’s abilities, and it affirms Jessica’s connection to the greater Marvel Universe that she doesn’t always get the chance to interact with.