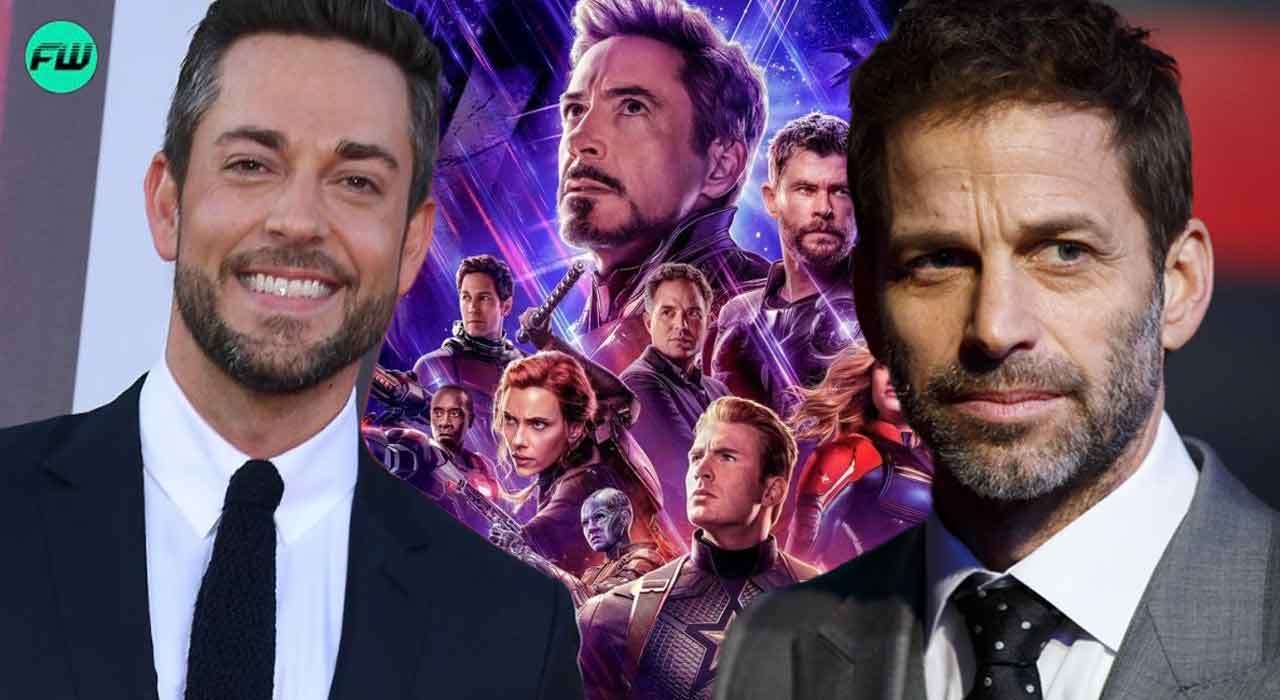 The DCU is undoubtedly one of the hottest topics in the world of pop culture right now. From the transformation of the leadership to the several cancellations and reboots, there is too much going on. It can’t be denied that a Marvel vs DC debate has also played an integral role in the whole fiasco. Now Zachary Levi, a person who has worked with both the superhero companies expressed his views on the whole situation.

During a candid conversation on his Instagram account, the Shazam fame opened up about why he thinks DC lost to Marvel. It is to be remembered that before donning the suit of “super Billy Batson”, Zachary Levi worked in the Kevin Feige fortress as Fandral in Thor: The Dark World. Using his experience in both the rivaling studios, Levi revealed his views on the never-ending debate.

What did Zachary Levi say about the Marvel vs DC debate?

Marvel and DC, both have very rich source materials comprising vast storylines and a plethora of characters. So it is evident that the debate would never end on that field but the area of the cinematic universe under DC has been nothing less than a hot mess. Zachary Levi, the man whose popularity has been elevated after his performance as the red-suited Shazam believes that DC failed to tap into a wider audience which Marvel successfully did.

According to the 42-year-old actor, even though some movies by DC made people very happy, Marvel made movies that were able to tap into a far larger audience. The reason for Marvel’s success as believed by Levi is their emphasis on “bringing joy” through their movies.

“And, up to this point, there have been quite a few films that may have made some people very happy, DC films that made some people very happy, but they’re not tapping into the larger audience. You know, Marvel was very successful in doing that, bringing as many people to the table, as many people that can be satiated and brought joy and all that stuff.”

The Shazam! Fury of the Gods also spoke about one of the most controversial DC figures, Zack Snyder. According to him, although Snyder’s vision of a dark and brooding DCEU failed due to various factors, the new leadership should be believed by the fans instead of entertaining baseless rumors floating on the internet.

“The amount of conjecture and rumor mill and drama and nonsense that keeps getting spun around out there on Instagram and Twitter is laughable. It is unbelievably laughable. So, I would just say be patient, and give them some space and some time to try and really make something special and I think something that DC deserves to have and something that Snyder tried to do and it just didn’t ultimately materialize, guys.”

Zachary Levi agreed with the fact that many fans still love what Zack Snyder envisioned for DC’s future but many also didn’t like it. To tap into a wider audience, it is necessary to think about a larger crowd. For that, he requested everyone to believe in the plans of Peter Safran and James Gunn.

What do Zachary Levi and DCU’s futures look like?

In a state of confusion where almost every other existing DCEU movie is reported to be canceled and the recast of several characters, Zachary Levi’s future also looks somewhat questionable. Soon after James Gunn took over the head chair, he took some crucial decisions like recasting Superman even after Henry Cavill announced his return and scrapping Wonder Woman 3.

Later on, it was known that even Black Adam will also be absent from the initial vision of DCU. Amidst all these, it remains a mystery about how the upcoming movies like Shazam 2 which were part of the initial plans will work out.

RELATED: Shazam Actor Zachary Levi Responds to James Gunn Kicking Him Out of DCU Because of His Age Speculation After Henry Cavill and The Rock’s Exit

It is almost confirmed to everyone by now, James Gunn and Peter Safran opted for a route of a hard reboot of the franchise. According to the Guardians of the Galaxy mastermind, the start of 2023 will see the dawn of the upcoming era of the DCU. It is expected he would also reveal where the remaining movies such as Shazam 2 and Aquaman 2 stand in the new future of DC. Zachary Levi also confessed that he is completely unaware of the future of his career. All of this leads to another round of waiting for a few days more till we get the roadmap of the new era of DCU.