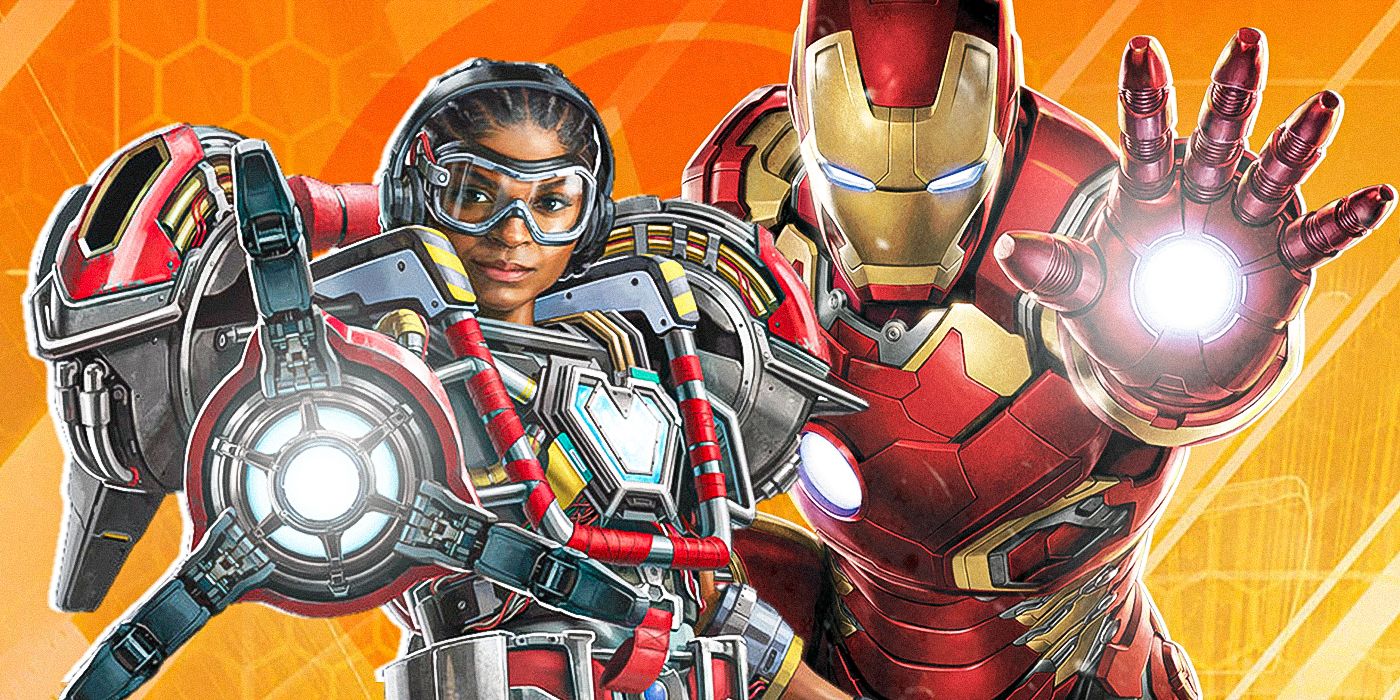 Editor’s Note: The following contain spoilers for Black Panther: Wakanda Forever.Rookie actor Dominique Thorne is making the most of her MCU debut as Riri Williams/Ironheart in Black Panther: Wakanda Forever, more than holding her own amidst acting heavy-hitters like Angela Bassett and Letitia Wright, stoking anticipation for her own solo Disney+ series, Ironheart, in late 2023. Thorne brings a lightness to the overall solemnity of the film, and her Williams is a super-intellectual young woman, albeit a little naive, that finds a peer in Wright’s Shuri. The pair make for a great dynamic, two young women on a level of genius well above their peers. In fact, one could argue that the only other MCU character that comes close is the one that Riri Williams will never meet: Robert Downey Jr.‘s Tony Stark. And that is a shame.

Tony and Riri Do Actually Meet in the Comics

The two actually have met before, in the comics. While at M.I.T., Riri, having tragically lost her best friend Natalie and her step-father to errant gunfire, makes it her mission to complete her own suit of armor, like Iron Man’s. She reverse-engineers an outdated Iron Man Armor Model 41, and finishes a prototype suit from it, bolstered with pieces picked up from around campus, for herself. While testing the suit’s flight capabilities, Riri comes across two escapees from the New Mexico State Penitentiary, damaging her suit while stopping their getaway.

News of her accomplishment makes its way to – you guessed it – Tony Stark, who visits her at her home and endorses her desire to become a superhero. She repairs her armor, and with it fights alongside Iron Man in the second superhero Civil War against Captain Marvel. After Stark goes into a coma fighting Captain Marvel towards the end of the event, Riri chooses to fill the void he left behind. That was going to require a new, improved suit of armor. So who does she turn to for help? Tony Stark. Wait… what? Isn’t he in a coma? Yes, but an A.I. copy of Stark is not, and with his guidance, Riri creates an improved suit and a new alias: Ironheart.

Tony and Riri’s Stories in the MCU Have Clear Parallels

Of course, the door on that story (or at least the first part of it, perhaps?) was closed with Stark’s death at the end of Avengers: Endgame. However, Willliams’ story in Black Panther: Wakanda Forever is riddled with parallels to Stark’s. Her pieced-together prototype suit in the movie is akin to Stark’s first suit while imprisoned by the Ten Rings in Iron Man, right down to the first use under fire when forces storm in (the FBI for Williams, the terrorists of the Ten Rings for Stark). Williams’ reference to her and her dad working on cars together brings to mind the moment in Avengers: Age of Ultron when Stark goes about repairing Clint Barton’s (Jeremy Renner) tractor.

Both had no idea that their work was being utilized improperly, with Stark’s weapons being sold to terrorists, and Williams’ vibranium detector by the CIA. Riri’s first meeting with Shuri shares the same “OMG is this really happening” star-struck, open-mouthed gape that Peter Parker (Tom Holland) has upon meeting Tony for the first time in Captain America: Civil War. The clearest parallel, though, references Stark’s Iron Man prototype suit shutting down when flying too high into the atmosphere when Williams’ suit gives out upon hitting 30,000 feet and 0% oxygen in order to shoot down a drone.

But allusions and parallels to one another simply aren’t the same as a head-to-head meeting onscreen between Riri and Tony. We did catch a glimpse of what it could look like, with the dynamic setup over the course of the Infinity Saga between Peter Parker and Stark. As intelligent as Parker is, he isn’t build-you-own-high-tech-costume savvy, with his first costume a homemade, cheap cosplay suit. Yes, he works with and understands Stark’s tech when he has access to it. That’s cute in comparison to Riri, who builds an Iron Man-esque suit of armor and a device that can detect vibranium (within a few months), a device that works so well that the government uses it for their own purposes. And that was just for a class project, and only because her professor said it was impossible to build. That’s practically the driving force behind everything Tony Stark did.

A meeting of the two would have been a kinship between peers of equal talent and vision, separated only by age and circumstance, and little else (well, money). Riri would have challenged Tony’s hubris, which of itself would have provided a wellspring of comic possibility. Tony, in turn, would have given Riri someone who understands where she came from and who she is. Something similar to what Riri shares with Shuri in Wakanda Forever, but Tony could have filled a fatherly role for her as well, much as he did for Parker. It’s easy to picture how they would be able to speak in shorthand with one another, jumping to the same trains of thought as they search for solutions. He shares that shorthand with Bruce Banner (Mark Ruffalo) to a degree, but you never get the feeling that Stark ever thought that Banner was smarter than he was, and Riri would definitely, as mentioned above, have challenged that.

But Does That Mean We Won’t See Tony Stark Again?

The comic book history of the two does leave a possibility… a slight one, but one nonetheless… that Stark could return in A.I. form and meet Riri that way. While logistically, it seems like Robert Downey Jr. is done with the MCU, the possibility can still linger. It’s a long shot, as one would think that would have been the go-to over Parker’s EDITH in Spider-Man: Far From Home, but never say never. It could be a move that gives Riri guidance in building a new Ironheart suit, given that she had to leave the vibranium-laden suit from the film in Wakanda. Doing so would also present much in the way of a comic relationship. Riri would be working with a Stark that, due to being A.I., would fall into a subservient role to her. It’s something she would delight in, and the A.I. Stark, almost certainly programmed with the same eye-rolling, sarcastic snark we know from the real Tony, would have to comply. It’s a dream scenario, and although unlikely, if Downey Jr. were to return in the Ironheart series, the shame of what we were denied would be resoundingly absolved.

How Did T’Challa Die?