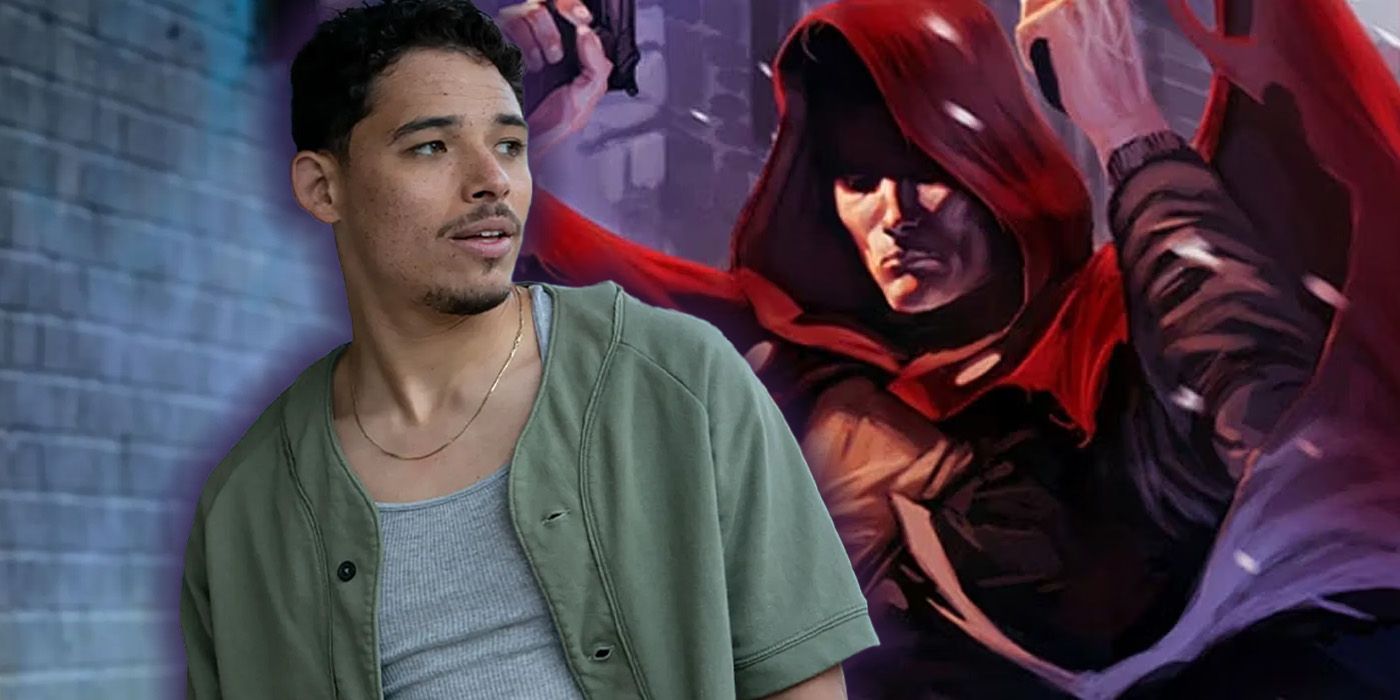 A set photo from Marvel Studios’ Ironheart has offered fans a new look at Anthony Ramos’ The Hood.

Ramos will make his Marvel Cinematic Universe debut as The Hood in the upcoming Disney+ series, with the new image showing the actor sporting the character’s iconic red cape. Ramos joined the cast of Ironheart in February 2022, though at the time it was unknown who he would be playing. While leaked set photos teased that the actor would be playing the Hood, Marvel Studios did not confirm the casting until the 2022 D23 Expo, bringing Ramos out on stage to discuss the “misfit” character.

Created by writer Brian K. Vaughan, and artists Kyle Hotz and Eric Powell, Parker Robbins/The Hood first appeared in his self-titled limited series in July 2002. An expert marksman, the Hood originally wore a cloak and boots that were stolen from a Nisanti demon and granted him the powers of invisibility and levitation. In Ironheart, the character will be an ally of Riri Williams/Ironheart (Dominique Thorne) who is in possession of a hood that allows him to tap into dark arts and magic.

Ironheart in the MCU

Thorne will star in Ironheart after making her MCU debut as the title character in Black Panther: Wakanda Forever, which opens in theaters on Nov. 11. It is unknown how Riri will factor into the sequel’s plot, but the first clip from the upcoming MCU sequel has revealed how she gets to Wakanda. Created by Brian Michael Bendis, Mike Deodato, Eve Ewing, and Kevin Libranda, the character first appeared in Marvel Comics’ Invincible Iron Man #7 in 2016 as a 15-year-old genius and MIT student who reverse-engineered Tony Stark’s technology to create her own suit of armor.

“There couldn’t be a safer runway for Riri to come into her genius and her superherodom than in the world of Wakanda, which is known as being a haven for Black brilliance,” Thorne said, hyping up Ironheart’s involvement in Wakanda Forever. “It’s us getting to know her as she’s getting to know this side of herself, and how she can potentially impact the world.”

Ironheart is expected to premiere on Disney+ in late 2023.