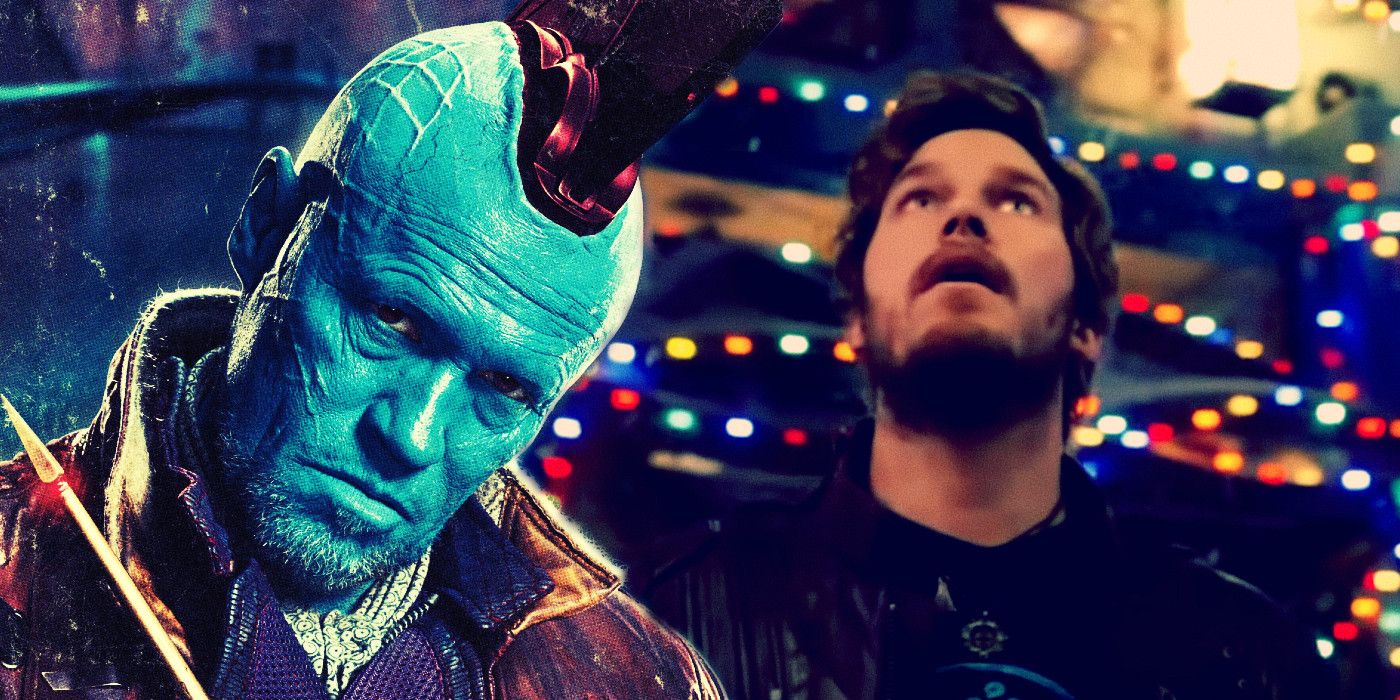 It is highly unlikely that the MCU would bring Yondu back from the dead. Guardians of the Galaxy director James Gunn himself has stated that Yondu’s death will never be reversed as it would undermine the emotional climax of Guardians of the Galaxy Vol. 2. There are certainly other ways in which Yondu can still play a part in The Guardians of the Galaxy Holiday Special, however. Peter Quill might have a dream sequence that features Yondu, which could provide another heart-wrenching moment between these two characters. Yondu’s return to the MCU’s Guardians of the Galaxy franchise can also be as simple as being included in a few flashbacks, perhaps one that further details Peter’s childhood with the Ravagers, laced with a Christmas theme to match the Special Presentation’s overall tone.

Related: Guardians Of The Galaxy Holiday Special Can Succeed Where Star Wars Failed

Yondu having a presence in The Guardians of the Galaxy Holiday Special makes absolute sense when considering that Christmas is often portrayed as a time to be with family, a theme that has always been central to the Guardians’ stories. After the events of Avengers: Endgame, Peter is likely to miss Gamora (Zoe Saldana) more than ever, and the constant reminders of Christmas will only exacerbate his sense of loneliness. In such a moment where he’s feeling down, no matter how much the other Guardians might try to cheer him up by kidnapping Kevin Bacon in the Guardians Holiday Special, it would make sense for Peter’s thoughts to turn to Yondu – another member of his family that he lost – and try to remember their relationship and how it changed him. Though Peter and Yondu had many differences, it was always clear that they cared deeply for one another, and Peter might very well miss him the most around Christmas – especially if the audience is shown a flashback in which Yondu tries to make Christmas as homely as possible out in the vast reaches of space for a young Peter Quill, for example.

Yondu’s Guardians of the Galaxy Vol. 2 death is too pivotal a moment to be reversed in the MCU, especially when it’s still a relatively recent event. It’s one of the most emotional moments and deaths in the entirety of the Marvel Cinematic Universe, and it played an important part not only in Yondu’s own character arc, but in Star-Lord’s as well. Yondu’s sacrifice encapsulated the entirety of Yondu and Peter’s relationship as a reluctant father-and-son duo who knew they needed each other but sometimes had difficulty explaining just how much. Peter grew as a person and superhero because of Yondu’s sacrifice, and bringing him back from the dead would do a disservice to his character and Rooker’s stellar performance in Guardians of the Galaxy Vol. 2.

Whether Yondu returns to the MCU in a simple flashback or in some kind of dream sequence that Chris Pratt’s Star-Lord might have remains to be seen. His inclusion in Marvel’s next Special Presentation makes perfect sense when considering the theme of family that has been so fundamental to the Guardians of the Galaxy stories. The Guardians of the Galaxy Holiday Special is sure to be another fun, memorable, and heart-warming addition to the MCU’s canon, and Yondu Udonta’s presence can only enhance the experience.

Next: Is Gamora In The Guardians of the Galaxy Holiday Special?