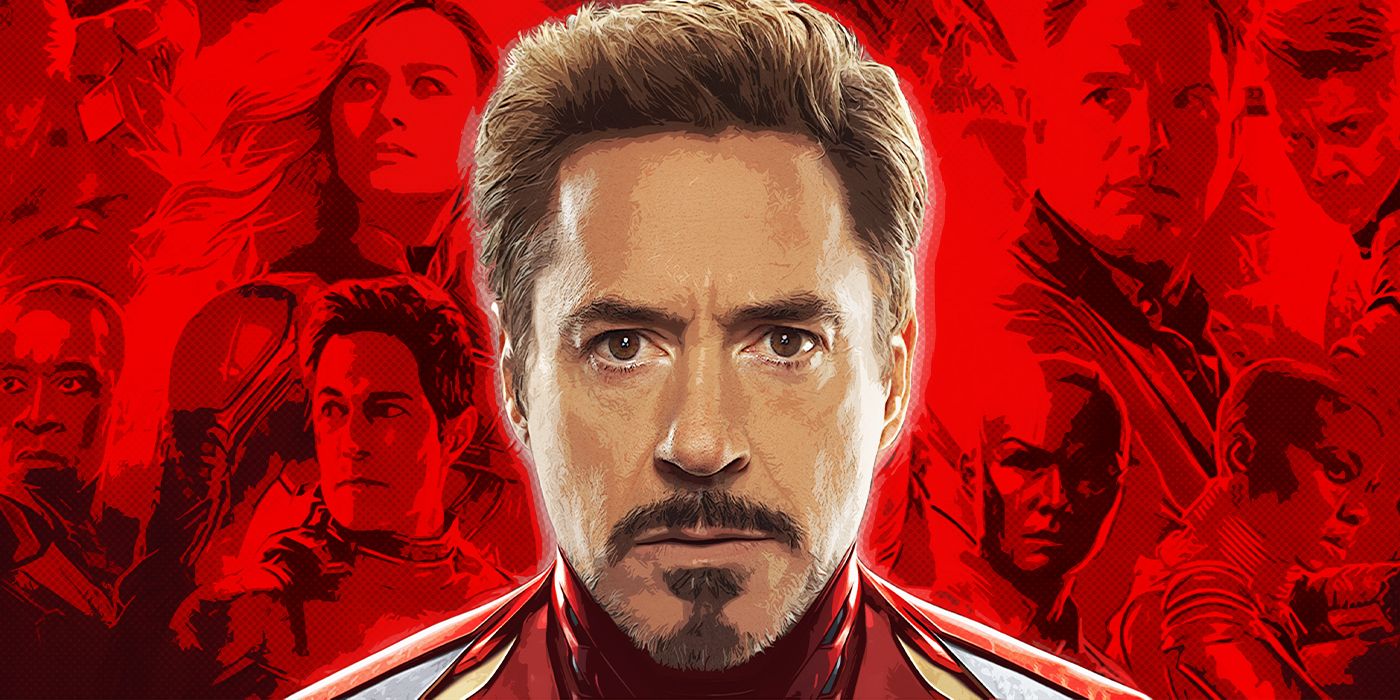 Phase 4 of the MCU has brought forth the new class of heroes rising up to take on the mantle of the original Avengers. Sam Wilson (Anthony Mackie) is officially Captain America, succeeding Steve Rogers (Chris Evans); Yelena Belova (Florence Pugh) and Kate Bishop (Hailee Steinfeld) are well on their way to being the new Black Widow and Hawkeye, respectively, titles held by Natasha Romanoff (Scarlett Johansson) and Clint Barton (Jeremy Rinner). Though the new Avengers are rounding out the roster, there’s one position we’ve been waiting to see filled.

Ironheart Is a Perfect Set-Up for Iron Man’s Return

Iron Man kicked off the MCU as we know it today, with the charismatic Tony Stark (Robert Downey Jr.) at its center. Since Tony’s death in Avengers: Endgame, the world has been eagerly awaiting a new Iron Man to fill the arc reactor-sized hole he left behind. Thanks to Black Panther: Wakanda Forever, audiences have now been introduced to his true successor, Riri Williams, played by Dominique Thorne, a genius MIT student who builds her own flight suit based on the Iron Man suits. Her introduction is significant because she will later go on to star in her own Disney+ series, Ironheart, based on the comics of the same name.

In Wakanda Forever, the U.S. government and Namor (Tenoch Huerta Mejía) attempt to track down the Chicago-born college student after one of her designs is responsible for finding vibranium outside of Wakanda. Thanks to intelligence from Everett Ross (Martin Freeman), Okoye (Danai Gurira) and Shuri (Letitia Wright) reach her first and try to protect her, but Shuri and Riri are taken captive to Talokan by the Talokanil. After Nakia (Lupita Nyong’o) rescues Riri and Shuri, she’s taken to Wakanda for protection. Later, Riri helps the new Black Panther and the Wakandans fight off Namor and the Talokanil with an armored suit built from vibranium. Though she can’t leave Wakanda with her new supercharged suit, she still has the designs to recreate a flight suit on her own.

In the Ironheart comics, Riri steps up as the new Iron Man after Tony is left in a coma from the events of Civil War. Combining her intelligence with her impressive engineering skills, she reverse engineers her own Iron Man suit from scratch, using it to fight off villains and save the day like Tony before her. As Ironheart, she becomes a valuable member of Marvel’s Champions, a teen group of heroes led by Ms. Marvel, who is portrayed in the MCU by Iron Man superfan Iman Vellani. Though it’s a shame that Tony and Riri will never get to physically meet in the MCU, there is a way for Tony Stark to come back and be part of the MCU once more.

Thanks to Tony Stark himself, Iron Man introduced A.I. technology through J.A.R.V.I.S. (voiced by Paul Bettany) back in 2008. Tony had two different A.I. systems with J.A.R.V.I.S. and F.R.I.D.A.Y. (voiced by Kelly Condon) he worked with; in Spider-Man: Homecoming, the Spider-Man suit Peter Parker (Tom Holland) uses has a built-in A.I. named K.A.R.E.N., voiced by Jennifer Connolly. Later in Spider-Man: Far From Home, Peter is bequeathed Tony’s glasses with E.D.I.T.H., voiced by Dawn Michelle King, built into them. Far From Home is also the film where Peter grapples with the pressure of becoming the new Iron Man, to which Happy Hogan (Jon Favreau) releases him from that expectation to be his own hero.

Outside the Iron Man world, Shuri has her own A.I. system she uses in her labs in Wakanda. Shuri uses Griot (voiced by Trevor Noah) to help her run her experiments. While Riri is in Wakanda, she also uses Griot to help build herself an upgraded flight suit with vibranium. Returning to MIT and to her own Ironheart series, we can expect that Riri will want to have her own A.I. system. In fact in the comics, an A.I. duplicate of Tony Stark helps her build her own suit as she takes on the mantle of Ironheart. This A.I. version of Tony is a mentor to Riri while she forges her own path. Due to the use of artificial intelligence integration in the movies and the comics, this is an easy way to bring back Tony Stark into the fold of Ironheart.

In addition to A.I. technology, Tony Stark could return to the MCU through hologram. In the Ironheart comics, Tony does appear as a hologram as his A.I. operates Iron Man suits and projects an image of himself. In the MCU, the Wakandans already use holographic technology to communicate through Kimoyo Beads. With regard to Iron Man himself, during Tony’s funeral in Endgame, Tony leaves a holographic message for his friends and family, including Pepper Potts (Gwyneth Paltrow) and his daughter, Morgan (Lexi Rabe). The emotional message lays the groundwork for potential holograms of himself and holographic messages Tony has left behind somewhere in his files. Perhaps Riri will dig through some old hardware of Stark Industries and uncover a hologram of the billionaire genius.

In speaking with Screen Rant, Dominique Thorne revealed what Robert Downey Jr. told her when she got the chance to chat with him. He encouraged her that “Riri Williams is and should always be her own person.” This type of encouragement seems to suggest that Downey Jr. himself won’t be a part of the Ironheart series, truly retiring from his role as Tony Stark. Plus, Lyric Ross has been cast in a role hinted to be Riri’s best friend, Natalie Washington; her friend later goes on to be one of Riri’s A.I. systems, N.A.T.A.L.I.E. in the Ironheart comics.

Since this is the first time she’s appeared outside the comics, Riri Williams deserves the opportunity to carry her series on her own without the boost of Tony Stark. This has been a complaint in the past when Tony was treated as Peter Parker’s mentor in the MCU, with a larger role in Homecoming. However, because of his impact and his connection with her in the comics, it would be a shame for Tony to not show up in some type of way.

How Did T’Challa Die?