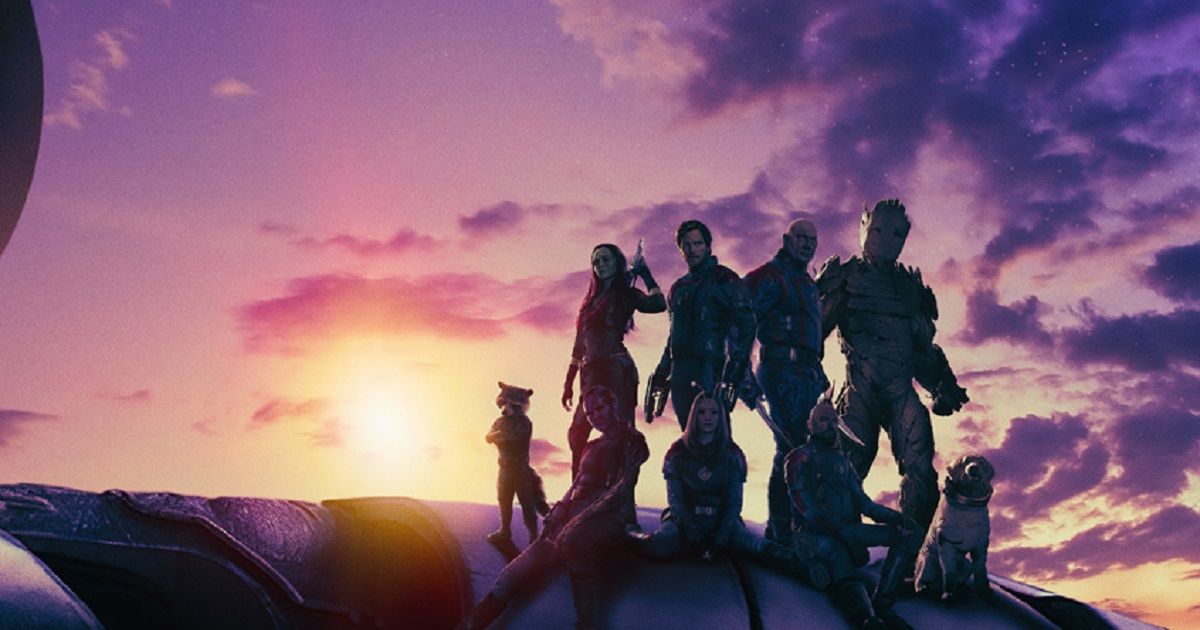 The team’s obscurity became part of the first film marketing campaign. Now, the Guardians of the Galaxy are one of the biggest names Marvel and Disney own. The characters have been the stars of their own animated series, video game, and multiple rides at Disney theme parks around the world. This is how Marvel took an obscure comic title made up of D-list characters and made them a beloved motion picture franchise.

The very first version of the Guardians of the Galaxy concept in Marvel originated in 1969 in Marvel Super-Heroes #18 published in January 1969 and was a cosmic team of heroes from an alternate future of the Marvel Universe. The original roster of the team would become the basis for Yondu’s original crew seen in Guardians of the Galaxy Vol. 2, as Yondu was one of the original Guardians.

Related: How the Guardians of the Galaxy Owning Knowhere Could Affect the MCU

The modern notion of the team originated during Annihilation: Conquest #6, which was published in April 2008, just one month before the MCU launched with the release of Iron Man. Shortly afterward the team was given their own team book. The comic brought together various Marvel heroes from the company’s cosmic history and made an odd but impressive ensemble that included Star-Lord, Rocket Raccoon, Drax the Destroyer, Gamora, Groot, Adam Warlock, and Phyla-Vell, with every member except the latter being introduced in the MCU. Many of these characters had not been seen prominently in the Marvel Universe for some time, and their inclusion in the comic made put them in the prime spot to be adapted for film.

Why Marvel Studios Chose to Adapt The Guardians of the Galaxy

Marvel Studios’ first few films were all in service of setting up The Avengers, so the first characters to get solo films were members of the team like Iron Man, Thor, Captain America, and the Hulk. Once The Avengers hit theaters and new heroes were needed to keep the universe expanding, it was quite a shock when Guardians of the Galaxy was announced as the first non-Avengers-related character to get a movie. This relatively obscure comic team that had only just recently defined itself in the comics was getting a feature film before more fan-favorite Marvel characters like Doctor Strange, Black Panther, and Captain Marvel. Why did Marvel Studios choose the Guardians of the Galaxy?

The first reason was that following the introduction of Thanos at the end of The Avengers, the MCU was going in a more cosmic route and needed to explore that territory with a franchise. The two Marvel franchises most commonly associated with exploring the far reaches of space are X-Men and Fantastic Four and both those properties were tied up at 20th Century Fox. The Guardians of the Galaxy characters could easily fill the role of a team of cosmic adventures who acted as a surrogate family.

In 2012 Marvel Studios hired writer and director James Gunn to helm Guardians of the Galaxy. Gunn was known for his work at Troma Studios and his two feature films, Slither and Super as well as being a writer on both live-action Scooby-Doo films and the 2004 remake of Dawn of the Dead. Unlike characters like Spider-Man or Batman who have years of loyal fans who have a certain idea of what the characters have to be, The Guardian’s obscurity allowed for more creative flexibility. There wasn’t a legion of fans for Star-Lord, so Gunn could rework the character that fit the narrative of the film without anyone getting upset. Gunn was able to bring his own unique voice to the Guardians of the Galaxy team.

The decision to hire Gunn truly paid off, and now every subsequent version of The Guardians of the Galaxy is drawing from the film for inspiration including the comics. Gunn’s combination of dark irreverent humor combined with zeroing in on the very sad broken nature of his characters had made them enduring for audiences all over the world. Gunn is so linked to the franchise that following his firing, there were concerns about the status of Guardians of the Galaxy Vol. 3 and many felt nobody could truly replace him. Luckily Disney came to their senses and rehired Gunn and now he is set to conclude his saga.

Guardians of the Galaxy Was a Breath of Fresh Air

Guardians of the Galaxy opened in theaters on August 1, 2014. August typically is a slower summer month, so Marvel Studios took advantage of the month. It opened number 1 at the box office and while it lost the top spot for two weeks, in its fourth week of release it retook number 1 and stayed there for an additional three weeks.

Related: Fantastic 4: What Went Wrong With the 2015 Reboot?

The movie connected with audiences because there was nothing quite like it in terms of the big mainstream blockbusters at the time. It brought a sense of color to science fiction, as well as an irreverent sense of humor that audiences were not used to from the genre. It featured a soundtrack of eclectic 70s rock and pop songs which was something science fiction didn’t do but also mainstream blockbusters had.

The soundtrack to Guardians charted at number one on the Billboard Top 200, the first for a movie soundtrack consisting entirely of existing tracks, and was the second best-selling soundtrack of 2014 behind only Frozen. The music became a defining aspect of Guardians of the Galaxy, and the property is now linked to classic 70s and 80s rock across video games, animation, and theme park attractions.

The Guardians of the Galaxy Are a Cast of Underdogs

The Guardians of the Galaxy characters have been the underdogs since the day their film was announced, both in the real world and in the MCU. They were the franchise that nobody saw coming, and when they were announced didn’t know what to expect. Even without a major pre-existing fanbase, the strength of the characters and the first film have made them a winning treat for audiences. So much so that the final tag for the first trailer for Avengers: Infinity War was The Guardians of the Galaxy, showing that they were finally going to connect to the wider MCU.

Guardians of the Galaxy Vol. 3 is set to open in theaters on May 5, 2023, exactly six years from the date that Guardians of the Galaxy Vol. 2 opened. It has been a long road for this lovable collection of space outlaws, and whatever the future for the Guardian franchise is following the release of Vol. 3 it is safe to say the characters are now as much a part of Marvel’s identity as Spider-Man, the X-Men, The Fantastic Four, and The Avengers.