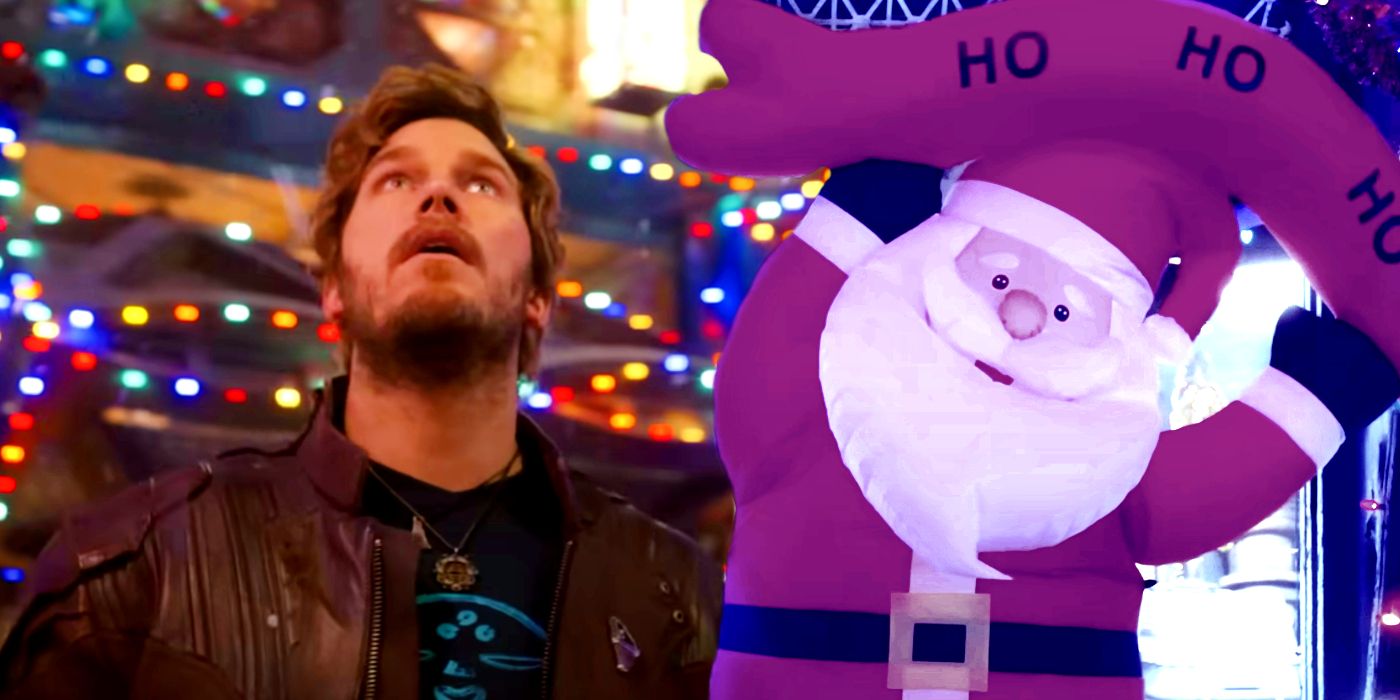 The GOTG Holiday Special has the opportunity to introduce Marvel’s most powerful mutant from the comics, and it isn’t who you’d expect it to be.

The MCU is introducing a lot of new mutants in the Multiverse Saga, and The Guardians of the Galaxy Holiday Special has the opportunity to introduce Marvel’s most powerful mutant: Santa Claus. A fixture of Christmas folklore, Santa Claus also has a storied Marvel Comics legacy. As a result, there is plenty of opportunity for the character to appear in the seasonal Marvel special and bring joy to the Guardians of the Galaxy, simultaneously introducing another mutant to the MCU.

Although the precise plot of the Guardians of the Galaxy Holiday Special remains somewhat mysterious, it’s clear from the trailer that there is plenty of scope for Santa Claus to appear. Not only does the yuletide setting lend itself to a Saint Nicholas cameo, but Peter’s malaise around the missing Gamora has all the hallmarks of a Christmas miracle. While Gamora appearing in the GOTG Holiday Special is a stretch, there is plenty of opportunity for Santa Claus to be the one to fill Star-Lord’s heart with some much-needed Christmas spirit, all while building the MCU’s mutant connection in the process. Here’s how Santa Claus could be incorporated in the Guardians of the Galaxy Holiday Special and how the character’s Marvel history makes him a perfect addition.

Related: How Yondu Can Return In The GOTG Holiday Special (Isn’t He Dead?!)

Santa’s status as an incredibly powerful mutant is hard to dispute. In an X-Men comic-book holiday special, for instance, the team receives an alert from Cerebro about the most powerful mutant in the world showing up in New York City. They encounter the Brotherhood of Evil Mutants, as they too were searching for the world’s most powerful mutant. Their battle is cut short when all of a sudden the X-Men’s foes are transformed into plastic toys by Santa Claus. The X-Men try to have a discussion with Santa, but he teleports them away by touching his nose and even erases their memories of their encounter. The X-Men’s crucial plan to link up with Santa didn’t work out as they had planned.

Some of Santa’s powers in Marvel Comics include causing snowfall, teleportation, altering his and others’ appearances, and longevity. While his face does give him an older look with his white hair, he actually never physically ages and is in great shape. Another thing to note is that his strength is increased on Christmas Eve (another reason why he could cameo in the Guardians of the Galaxy Holiday Special), allowing him to lift up to two tons. His toy sack also gives him the ability to teleport to a storage dimension where all of his presents are kept. His comic-book version still goes down chimneys and decides who is naughty and nice, but his powers make him an incredibly potent mutant that could play a crucial role in the MCU.

In the trailer for James Gunn’s GOTG project, the Guardians say they can get Star-Lord a special someone to make his Christmas amazing, and proceed to search for Kevin Bacon. Though Mantis and Drax go after Kevin on Earth, it makes perfect sense for Santa Claus to come into the picture and spread that Christmas spirit to Star-Lord. With mutants making their way in the Multiverse Saga, Santa Claus showing up in this Guardians of the Galaxy project is a great way to showcase Marvel’s strongest mutant in the MCU.

While this isn’t a typical Marvel project, The Guardians of the Galaxy Holiday Special is a great way to keep fans engaged with the MCU’s Multiverse Saga with Phase 5 rapidly approaching. The special will be a little under an hour, but that doesn’t mean Santa Claus can’t make a quick debut in the MCU. He’s the face of Christmas for many around the world, and it would be a huge move by James Gunn to incorporate him into this Marvel project. As such, Santa Claus is the perfect fit for The Guardians of the Galaxy Holiday Special.