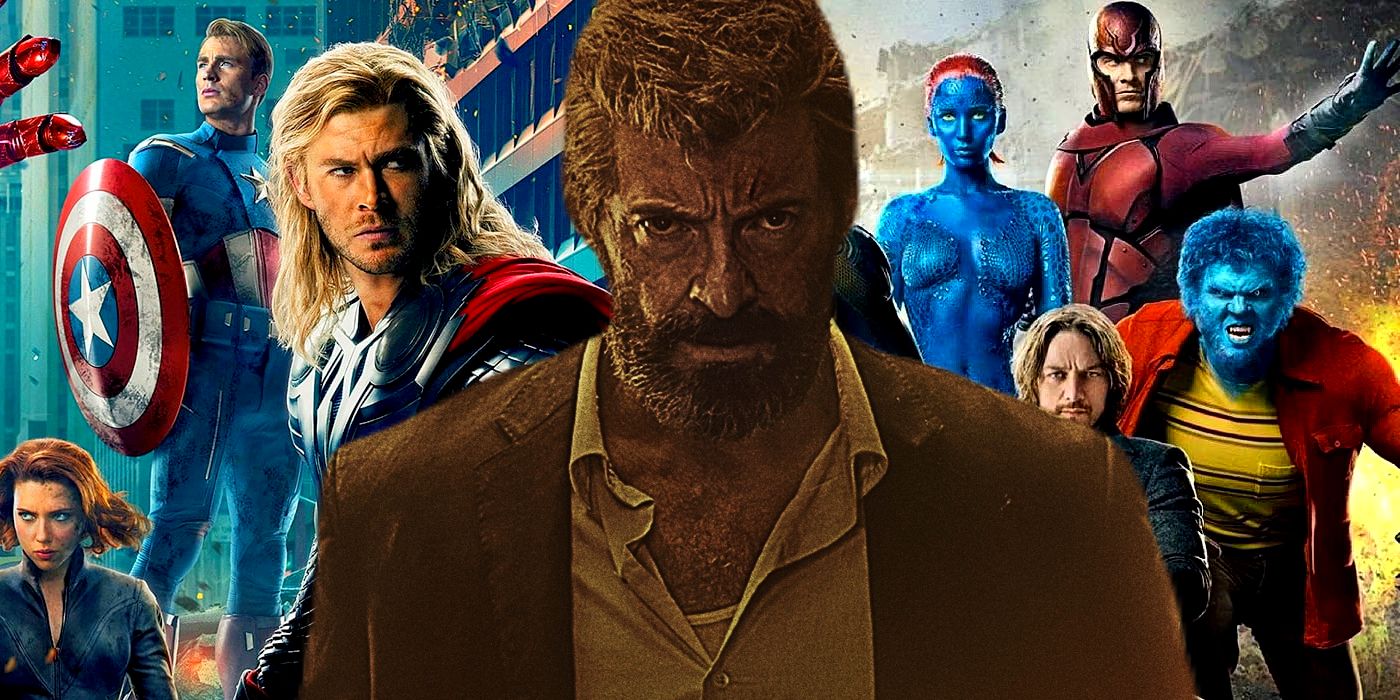 With hints about Wolverine in She-Hulk and mutants in Ms. Marvel, the X-Men are on their way to the MCU, and Marvel has the opportunity to learn from some of the 20th Century Fox X-Men franchise’s biggest mistakes. Fox produced X-Men movies for more than a decade, from X-Men all the way up to X-Men: Dark Phoenix and The New Mutants, which marked the end of an era for a generation of superhero enthusiasts. After Disney’s buyout of 20th Century Fox, the rights to the X-Men became owned by Marvel Studios. But before Iceman, Cyclops, and Jubilee start interacting with She-Hulk and Daredevil, Marvel should take note of where the Fox movies went wrong and avoid the same issues.

Fox’s X-Men series began way back in the year 2000 with the movie simply titled, X-Men. This film started the trend of focusing the series around Hugh Jackman’s Wolverine / Logan; a trend that continued into X2 and X-Men: The Last Stand. Wolverine then got his own spin-off movie, X-Men Origins: Wolverine, before the movies rebooted with X-Men: First Class, which was notable for creating a plot hole where the diamond-skinned psychic Emma Frost appeared in the 1960s as an adult, despite appearing in more modern times in Origins: Wolverine one movie earlier. This issue would continue with subsequent releases, such as how Kelsey Grammar’s Beast was amazed at the sight of a cure for mutants in The Last Stand, despite his past self, played by Nicholas Hoult, curing his own mutation in X-Men: Days of Future Past.

Related: Why The MCU Hasn’t Introduced Non-Mutant X-Men Characters Yet

The timeline issue, along with other issues (such as the fact that the movie’s core cast barely seemed to age), barely scratches the surface of the X-Men problems that the Marvel Cinematic Universe can fix. From focusing too much on Jackman’s Wolverine (and later, Jennifer Lawrence’s Mystique), to mishandling and sidelining essential members of the X-Men line-up, the integration with the MCU provides a huge opportunity for the franchise. As a result, there are some clear areas for improvement, as well as pitfalls for the new saga to avoid. Here are some of the ways that the MCU can resolve issues with the Fox-era X-Men.

While not exactly an “issue” as Hugh Jackman gave consistently great performances as Wolverine, the MCU would do well to recognize the value in all the X-Men rather than just focusing on its most popular member. Jackman was given his own Wolverine trilogy and even movies like X-Men: Days of Future Past replaced comic book protagonists like Kitty Pryde with Logan. The X-Men have always had solo comic book runs, but they are a familial team at their heart, perhaps even more than other groups like the Avengers and the Defenders. The Marvel Cinematic Universe must remember this and give characters who were somewhat sidelined by the Fox movies like Cyclops, Iceman, Nightcrawler, and Shadowcat the opportunity to lead. Wolverine should of course remain a huge part of the team, but Marvel has the chance to make other characters just as beloved as Jackman’s Logan.

Diversity Is A Must For The MCU’s X-Men

While the original Fox X-Men movies are beloved, they are also dated by the period in which they came out. The movies all focused on primarily white male characters, such as Logan, Professor X, Magneto, and Cyclops. While attempts were made to give female characters like Jean Gray and Mystique larger roles in later movies, diversity was never the franchise’s strong suit. The MCU has already made strides in addressing its own lack of diversity, particularly notable in Phase 1, with new, non-white and female-led projects such as Black Panther, She-Hulk, and the diverse cast of Eternals. It therefore seems that when the X-Men do arrive in the MCU, they will have a much more diverse cast than the Fox movies. This is particularly important for the X-Men franchise which is built upon themes of accepting difference and promoting inclusivity.

Continuity Must Be Maintained In The MCU X-Men Movies

It was no secret that Fox’s X-Men movies struggled to maintain a continuity that was all over the place. From killing Charles Xavier in The Last Stand only to have him return in both Days of Future Past and Logan without much of an explanation, to the vastly different characterizations of both Sabertooth and Mystique across the films, continuity was clearly not a major priority for Fox. While this too is not necessarily a problem provided the individual films are still great, some X-Men viewers may prefer a more streamlined narrative that makes the universe feel more real. It can be difficult to invest in characters such as Patrick Stewart’s Professor X when he is killed and then resurrected without much rhyme or reason.

Related: Margot Robbie As The MCU’s Mystique Would Continue The Worst X-Men Trend

Kevin Feige’s Marvel Cinematic Universe is famous for its attention to detail, and it has very few continuity errors as a result. The MCU is the perfect place to restart the X-Men continuity altogether and keep track of the many mutants that make up the X-Men team. This means that seemingly small details, such as Logan’s claws being stripped of their adamantium in The Wolverine only to have them be metal again in Logan, can be avoided, or at least properly explained in-universe.

Rogue Can Be Done Better Under Kevin Feige’s MCU

The final thing the MCU can improve on from the Fox X-Men movies is characterization. While characters like Jackman’s Logan, Partick Stewart’s Charles Xavier, and Ian McKellan’s Magneto are often considered definitive versions of the characters, others did not fare so well. Some viewers found Anna Paquin’s Rogue to lack the impact of her comic book counterpart, for example. While nothing to do with the actor’s performance, the way Rogue’s powers were handled in the first X-Men movie meant that she was unable to join in fights with the likes of Toad, Sabertooth, and Mystique, instead letting her fellow heroes Wolverine, Cyclops, and Storm do the heavy lifting. This was due to not having Captain Marvel’s powers, which were absorbed by Rogue in a famous Marvel comics moment but not in the Fox X-Men movies.

The Marvel Cinematic Universe introduced Carol Danvers / Captain Marvel (Brie Larson) and with the upcoming movie The Marvels, she is set to play a major role in its future, in Phase 5 and beyond. With a new rebooted continuity (and most likely a new actor playing Rogue), Kevin Feige’s MCU can do Rogue right this time. Whether or not Rogue is one of the first MCU mutants introduced, the famous comic book moment of Rogue absorbing Captain Marvel’s powers can be adapted as soon as she is introduced, giving her immense power and fixing this lingering Fox X-Men series issue. There is much to love about the Fox X-Men franchise, but by avoiding these pitfalls, the MCU’s X-Men could be even better.