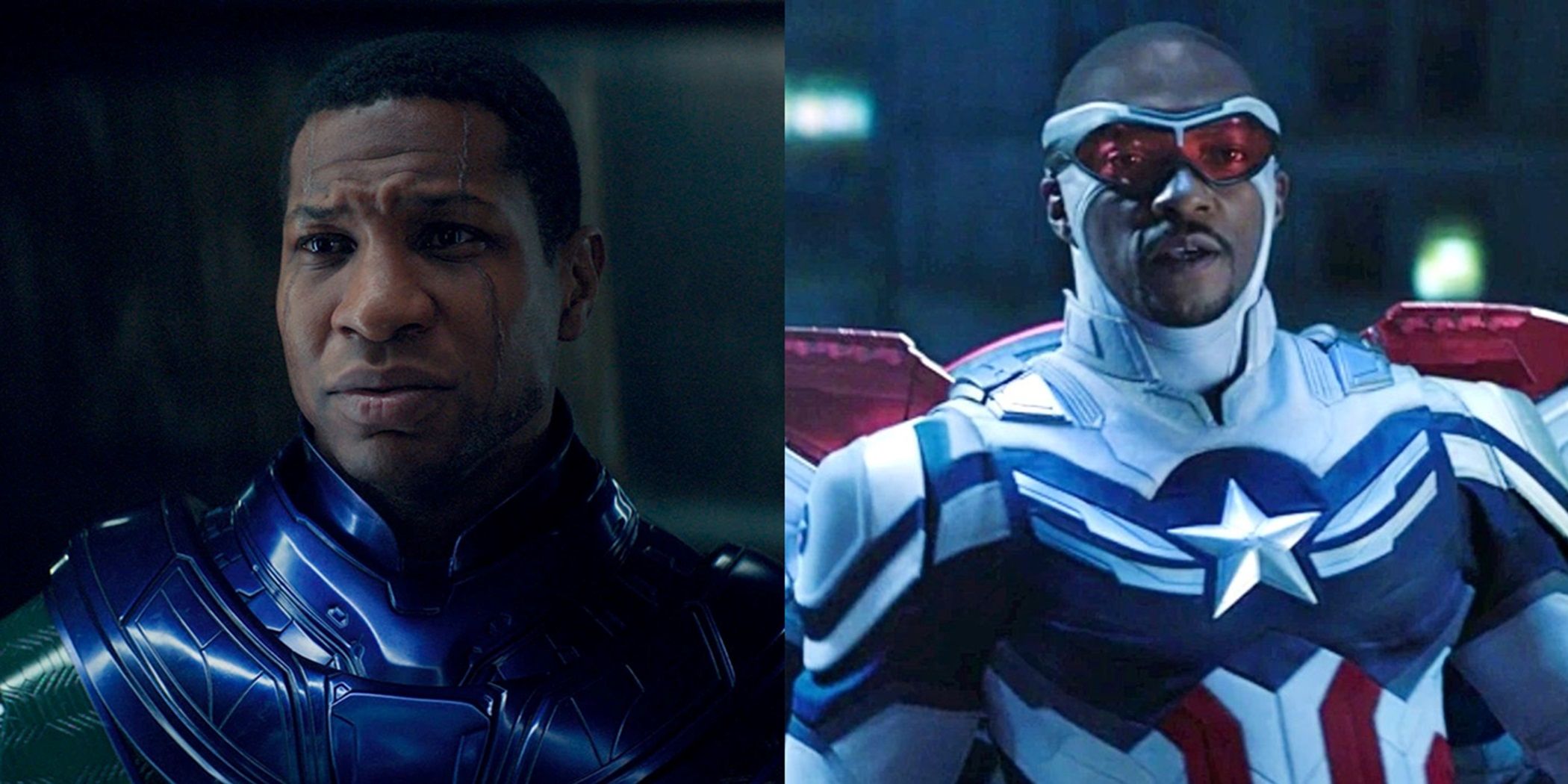 With the back-to-back releases of Black Panther: Wakanda Forever and The Guardians of the Galaxy Holiday Special, Phase Four of the Marvel Cinematic Universe has come to a close. Phase Five will begin next year with the introduction of the MCU’s new big bad, Kang the Conqueror, in Ant-Man and the Wasp: Quantumania.

Some upcoming Phase Five movies, like The Marvels and Captain America: New World Order, are likely to have a more significant impact on the MCU than standalone efforts like Blade and Thunderbolts.

The MCU’s Blade reboot, set to star the great Mahershala Ali as the titular vampire slayer, has been experiencing some behind-the-scenes difficulties lately. According to the Hollywood Reporter, the movie has already gone through two writers and two directors. As it stands, Yann Demange is slated to direct and Michael Starrbury is rewriting the script. It’s currently dated for September 6, 2024, but that’s subject to change, pending more backstage problems.

There might be a Midnight Sons setup or nods to other horror-tinged Marvel characters like Moon Knight and Werewolf By Night, but Blade is likely to be Phase Five’s most standalone entry. It’s unclear if the new Blade movie will be rated R, but it’s a safe bet that it won’t make much of an impact on the Avengers’ overarching story arcs.

After years of teases, Phase Five will finally assemble a team of reformed supervillains for a highly anticipated Thunderbolts movie. The Thunderbolts are essentially Marvel’s answer to DC’s Suicide Squad franchise. The movie will assemble a new team of superhumans after the Avengers, the Defenders, and the Revengers, but this team will be made up of rehabilitated villains and morally gray antiheroes. Thunderbolts has the chance to be a really fun, subversive entry in the MCU; it can use James Gunn’s The Suicide Squad as a template.

When it arrives in theaters on July 26, 2024, Thunderbolts probably won’t have much impact on the mainline Avengers and their conflicts. However, it might be an important piece in rounding out the role that Julia Louis-Dreyfus’ Contessa Valentina Allegra de la Fontaine will play in the MCU going forward.

Captain Marvel’s next solo movie is really a team-up movie. In Nia DaCosta’s The Marvels, Carol Danvers will be joined by her biggest fan Kamala Khan and her late best friend’s daughter Monica Rambeau. Alongside Sam Wilson and Stephen Strange, Carol is likely to lead the Avengers into battle against Kang at the end of the Multiverse Saga. With Wilson getting the band back together and Strange investigating incursions, it’s currently unclear what Danvers’ role will be in the fight against Kang, but that divine purpose will surely present itself in The Marvels.

Set for release on July 28, The Marvels is also bringing back Samuel L. Jackson as Nick Fury to coincide with his upcoming arc in Secret Invasion. With an all-powerful Avenger leading the ensemble and Skrulls factoring into the plot post-Secret Invasion, The Marvels could be a crucial stepping stone in this stretch of the saga.

James Gunn’s Guardians of the Galaxy Vol. 3, scheduled to arrive on May 5 next year, will probably have a bigger impact on its own solo series than the wider universe, but it’s been planned as the finale for the Guardians’ on-screen arc, so it’ll close out a pretty major chapter in the MCU’s history. As the conclusion of their cinematic journey, the Guardians’ long-awaited threequel is likely to kill off some fan-favorite characters, with Rocket and Drax poised as the most likely to get their own tragic death scenes. Vol. 3 has a lot of setups from Vol. 2 to pay off, like the creation of Adam Warlock and the reunion of the original Guardians of the Galaxy.

Warlock’s MCU debut is sure to be an unforgettable event, and with power comparable to Thanos and Captain Marvel, he could reshape the power hierarchy of the entire Marvel ensemble. By the end of Guardians of the Galaxy Vol. 3, Gunn will probably have set up a brand-new Guardians team for a different filmmaker to take on new and exciting intergalactic adventures.

Following on from Sam Wilson inheriting the mantle of Captain America from Steve Rogers in The Falcon and the Winter Soldier, Sam’s Cap is getting his own solo movie – titled Captain America: New World Order – to arrive on May 3, 2024. The movie is already confirmed to be bringing back Tim Blake Nelson as the Leader and replacing the late William Hurt with Harrison Ford for the crucial role of General Thaddeus “Thunderbolt” Ross. But all kinds of rumors are flying about who could appear in the movie, from She-Hulk to Red Hulk.

Either way, the movie will probably revolve around Sam’s attempts to reassemble the Avengers with more and more signs that a Thanos-level threat is coming to wreak havoc on the universe once again.

1/6 Ant-Man And The Wasp: Quantumania

It wouldn’t be surprising if the most significant movie in Phase Five ends up being the first one, Ant-Man and the Wasp: Quantumania, set to arrive in theaters next year on February 17. Scott Lang’s third solo adventure promises to be his darkest outing yet, as he and his closest loved ones are whisked into the Quantum Realm and confronted by Kang the Conqueror. Jonathan Majors played a variant of Kang in the Loki finale, but this will be the mainline version of Kang – in other words, the MCU’s next Thanos-sized big bad.

Pitting Marvel’s biggest villain against its tiniest Avenger is deliciously ironic. Quantumania is tasked with establishing the ominous threat posed by Kang. Some fans have theorized that he will exercise this power by killing Ant-Man.

NEXT: Every MCU Phase Five Director (& Their Best Movie)