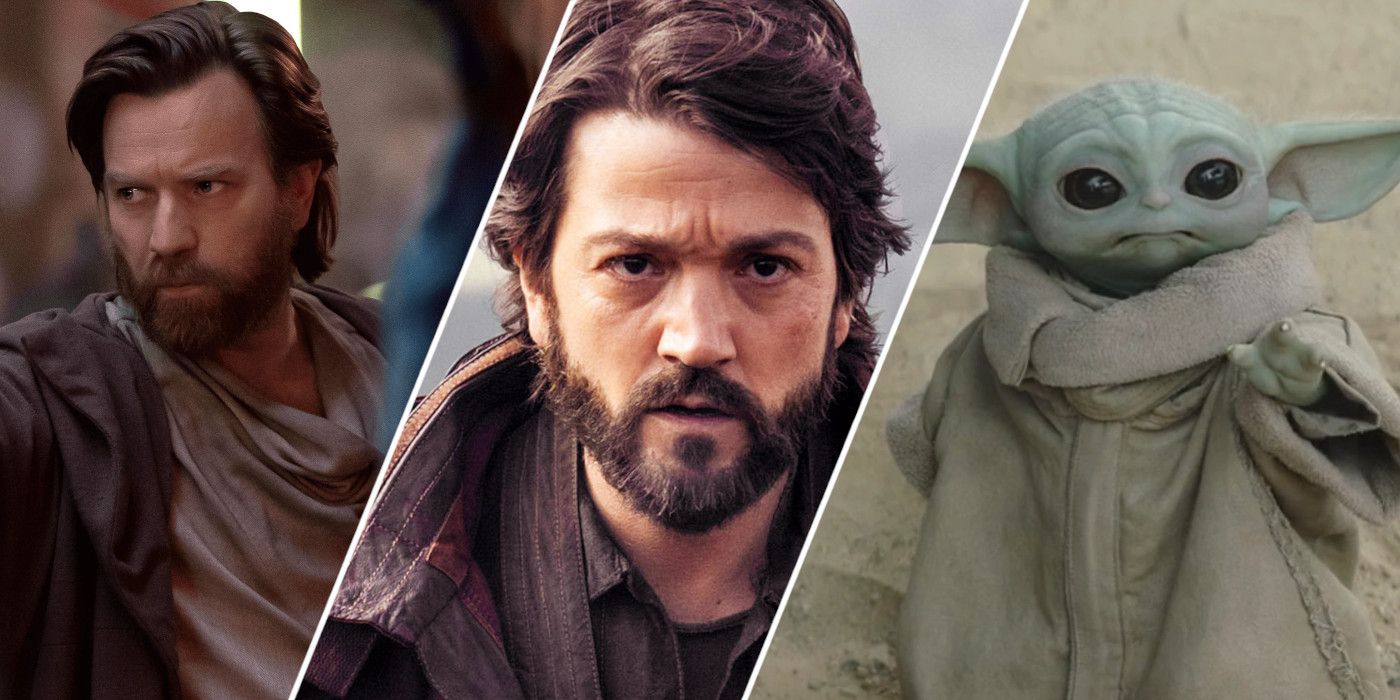 Star Wars is one of the most popular and recognizable brands in the world, stretching far beyond its origin as a film series to appear in every form of entertainment. Countless video games, comics, novels, and even holiday specials have been produced, often telling side stories featuring the franchises’ characters, or even abandoning the movies’ heroes altogether to instead focus on new characters as they embark on their own journeys.

While Star Wars movies have been having a rough run of it lately, evidenced by the frosty reception to the sequel trilogy, the franchise is going strong on the television front. Having become the home of Star Wars in the era of streaming services, Disney+offers fans a growing number of shows set in the universe. These range from live-action dramas, CGI creations exploring the backstories of fan-favorite characters, and even an anthology of anime shorts.

One of the best animated Star Wars shows, Visions sees seven of Japan’s best animation studios putting their own spin on Star Wars. Each studio was given free license to adapt the franchise however they saw fit, resulting in a stylish series that frequently changes animation and storytelling styles in each episode.

As every episode tells a new tale with different protagonists, legacy characters are mostly ignored in favor of introducing new heroes to the franchise. Visions‘ anthology template shows how great Star Wars can be when it steps away from the Skywalker saga to instead focus on the diverse stories that exist in this fascinating universe.

Luke’s mentor Obi-Wan Kenobi is fondly regarded as one of the best characters in Star Wars and Ewan McGregor‘s performance as a younger version of the Jedi master is perhaps the greatest part of the prequel trilogy. Fans had been wanting McGregor to return to the role for years, and the recently released Obi-Wan Kenobi series made that dream a reality.

Set 10 years after Revenge of the Sith, the series begins with Obi-Wan hiding out on Tatooine, watching over a young Luke Skywalker. Receiving word that Leia has been kidnaped, he swiftly engages in a rescue mission and comes face to face with shadows from his past. While Obi-Wan does not quite reach the heights of the other live-action Star Wars shows, it shines an illuminating light on a period that was missing in the film franchise, and offers McGregor another opportunity to slip into one of his most famous roles.

Despite only receiving a small amount of screen time in the original trilogy, Boba Fett has always been one of the franchise’s most popular and enduring characters. His backstory was explored in the prequel trilogy, while the second season of The Mandalorian reveals he survived the events of Return of the Jedi.

After his run-ins with Mando, Fett (Temuera Morrison) finally received his own show with The Book of Boba Fett. The series follows Fett and his associate Fennec Shand (Ming-Na Wen) as they take over Jabba the Hutt’s old territory, all in an attempt to establish their own criminal empire. The Book of Boba Fett is not a perfect show, but it is still comforting to see Fett back in action after a long absence from the screen.

A spin-off of the popular The Clone Wars series, The Bad Batch follows a squad of clone soldiers, dubbed the Bad Batch due to suffering from genetic mutations. Each possesses a special ability as they work as a mercenary unit, taking on a variety of dangerous missions as they travel the galaxy in the aftermath of the Clone Wars.

Following on from the beloved Clone Wars was always going to be a hard task, but The Bad Batch is a worthy sequel. The show is beautifully animated as it explores the deep lore of the franchise, making it a must-watch for die-hard fans of the universe. The first season was well-received, and a second season is due to be released early next year.

Tales of the Jedi consists of six episodes, the first three focusing on Ahsoka Tano while the latter three revolve around a young Count Dooku before he has been swayed to the Dark Side. Along with these two famous characters, the short animated series also showcases the lives of other Jedi introduced in the prequel trilogy, like Mace Windu and Qui-Gon Jinn.

Rather than being its own, bold new take on the Star Wars universe, Tales of the Jedi instead attempts to fill in the gaps between bigger and broader entries. This makes it perfect for lore enthusiasts and anyone who wishes to learn more about their favorite characters, as the superbly created show greatly enhances the worlds and characters it features.

The most recent Star Wars show released, Andor has been met with universal acclaim and is one of the best-reviewed shows of 2022. Telling the origin story of Cassian Andor (Diego Luna), who first appeared in Rogue One, the show details his beginnings as a thief before he becomes a powerful spy for the resistance.

Andor was praised for its mature storytelling, something that is not always common in Star Wars. The show contemplates deep themes as it explores the political landscape of the universe and those who wish to disrupt this power balance. This well-written story is enhanced by superb performances from a talented ensemble cast.

The gold standard of Star Wars on the small screen, The Mandalorian is the best thing to come from the property for decades. Set five years after Return of the Jedi, the series stars Pedro Pascal as the titular bounty hunter, as he goes from planet to planet accepting contract work that always puts him in the middle of conflicts.

The Mandalorian is most famous for the character known as “the Child”, the baby Yoda lookalike whose cute face has been plastered over every corner of the internet. Adorable mascot aside, The Mandalorian makes for absorbing television as its mix of great characters, thrilling set-pieces, and emotional storytelling makes it the best Star Wars show on Disney+.