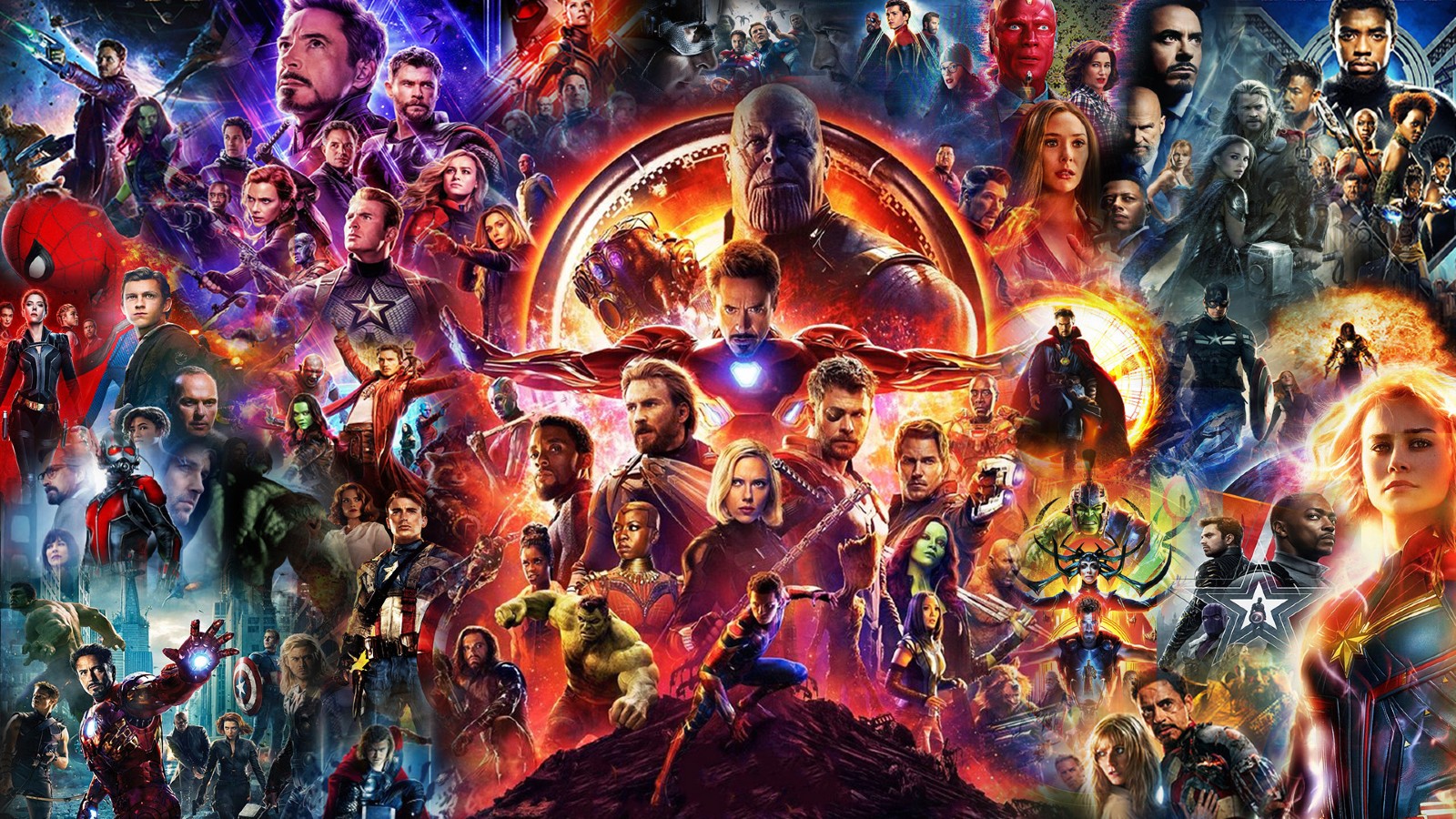 It’s almost a stereotypical sentiment these days among movie fans that the Marvel Cinematic Universe’s Phase Four is “struggling” with its seemingly uneven storytelling, out-of-left-field premises, and a lack of focus, but is that really the case?

Let’s not forget that past phases had their low points, too, such as the underwhelming 2008 entry, The Incredible Hulk, and the extremely middling 2013 God of Thunder sequel Thor: The Dark World. Might these entries be examples of how fans may be viewing Marvel’s previous entries with rose-colored glasses?

Now that Black Panther: Wakanda Forever has officially closed the chapter on Phase Four, we can go ahead and compare this phase to the previous installments and see which one comes out on top. To do this, we will calculate the average Tomatometer score from the review aggregate site Rotten Tomatoes of all the movies in each phase and rank them from worst to best. Though Phase Four introduced MCU TV shows on Disney Plus for the first time in the franchise’s history, such as Ms. Marvel and WandaVision, we’ll be leaving those out of our calculation, for now, to make it more of a one-to-one comparison with just the films that were given a full-blown theatrical release.

Which Marvel Phase has the highest average Tomatometer score? Let’s break it down.

It turns out, the sentiments that have been floating around that the MCU’s Phase Four has struggled the most in the franchise’s history is backed up by the fact that the average Tomatometer of the films comes out to just 76 percent—the lowest of all the phases. While this section of the MCU does contain certified bangers like Spider-Man: No Way Home (93 percent), Shang-Chi and the Legend of the Ten Rings (91 percent), and Black Panther: Wakanda Forever (84 percent), it is dragged down considerably by the only “rotten” movie in the MCU’s history, Eternals (47 percent).

Although we liked how Eternals tried to do something different and frankly prefer its experimental storytelling to the more formulaic Black Widow (79 percent), the critics generally found the somewhat overstuffed film to be a bit of slog. Phase Four also saw the middling sequels Thor: Love and Thunder (64 percent) and Doctor Strange in the Multiverse of Madness (74 percent), the latter we tend to err on the side of defending its Sam Raimi-infused strangeness.

It may surprise you to know that the MCU’s Phase One does not rank very highly in the overall list. Marvel fans may view Phase One with rose-colored glasses due to the all-time classic that kicked off the entire franchise, Iron Man. It doesn’t hurt that it’s anchored by Robert Downey, Jr.’s seminal performance as Tony Stark with the 2008 masterpiece that scored 94 percent.

It’s easy to forget that the very second film in the MCU was The Incredible Hulk (67 percent), which underwhelmed critics, generated zero sequels, and had its main character, Edward Norton’s Bruce Banner, recast with Mark Ruffalo in future movies.

After those initial outings, the next few efforts were very middle-of-the-road, including Iron Man 2 (71 percent), Thor (77 percent), and Captain America: The First Avenger (79 percent). However, setting up Chris Evans’ Steve Rogers and Chris Hemsworth’s Thor in solo outings proved to pay dividends when the epic team-up film that nobody thought could possibly work—which also featured RDJ’s Iron Man and Ruffalo’s Hulk—became a box office and critical smash with the landmark 2012 film, The Avengers (91 percent).

The MCU’s Phase Two is truly where the franchise started to hit its stride, try new things, and introduce bigger concepts. These film entries did not always succeed resoundingly, but it was admirable that the MCU got more ambitious, such as introducing the cosmic universe level of storytelling with the highly praised Guardians of the Galaxy (92 percent).

Captain America: The Winter Soldier (90 percent) also turned heads with its intriguing spy thriller theme that some critics uttered in the same breath as The Dark Knight. Plus, Ant-Man (83 percent) mixed up the Marvel formula a bit by crafting a compelling comedy heist film anchored by the charming Paul Rudd.

Some of the more middling entries in Phase Two that arguably hold it back from ranking any higher include Iron Man 3 (79 percent), Thor: The Dark World (66 percent), and Avengers: Age of Ultron (76 percent), although the latter is slightly underrated, in our opinion.

The MCU’s Phase Three has a lot of things going for it that elevate it to be the highest-rated segment of the movie franchise so far. First of all, it contains the most movies of any Phase at a jaw-dropping 11. In addition, Phase Three also has what are among the most critically praised MCU movies, including the single highest-rated Marvel film, Black Panther (96 percent), as well as Thor: Ragnarok (93 percent), and the prophetic box office smash that made “The Blip” a household term, Avengers: Endgame (94 percent).

This is also the phase where Tom Holland’s Peter Parker and Chadwick Boseman’s King T’Challa are introduced with the epic crossover film, Captain America: Civil War (90 percent). Not only that, but the first two MCU Spider-Man movies, Homecoming (92 percent) and Far From Home (90 percent) made their impressively high marks on the franchise. This was also when the world was introduced to Benedict Cumberbatch’s Doctor Strange (89 percent) and when Chris Pratt’s Star-Lord met his asshole dad—Kurt Russell’s Ego the Living Planet—in Guardians of the Galaxy Vol. 2 (85 percent).