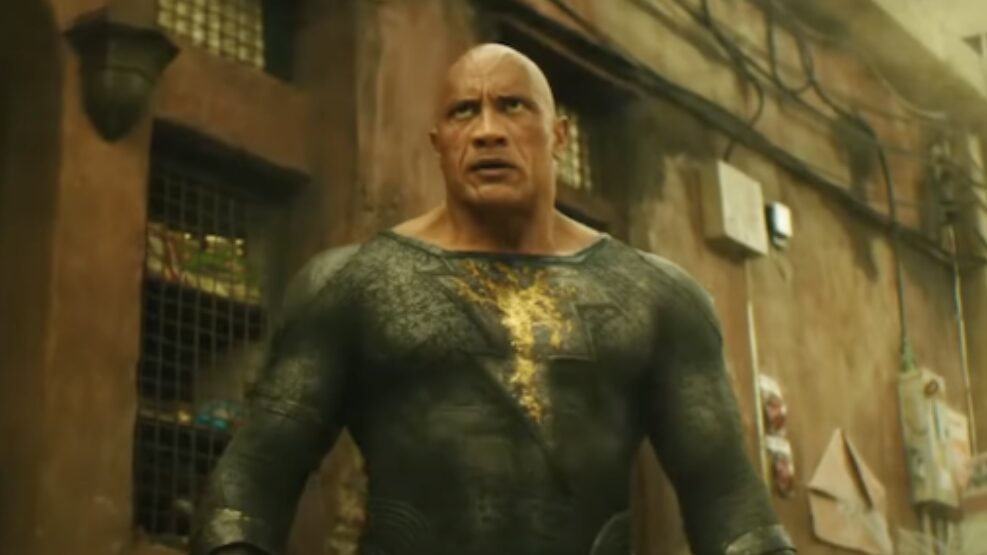 By Jennifer Asencio
| Published 4 hours ago

Dwayne Johnson may be an action star and a superhero, but he is not above confusing people and miscommunicating. He is human after all, as a tweet he made regarding profits for his latest movie Black Adam shows. The tweet compares the box office take for the movie to that of the 2011 Marvel movie, Captain America: The First Avenger.

The comparison Dwayne Johnson is trying to make is valid. Citing a Deadline article, he points out that Captain America, the first movie in the franchise, pulled in $370 million at the box office, while Black Adam earned $390 million. However, the fact that the two movies were ten years apart makes the success of Black Adam look underwhelming to casual observers.

In contrast, the highest single release in the Marvel Cinematic Universe, Avengers: Endgame, grossed over $2 billion in its theatrical run, making the Black Adam haul look meager. Nine of the top ten highest-grossing franchise movies, including another film starring Dwayne Johnson, brought in over $1 billion from a single film. All of the top 25 franchises are worth at least $2.5 billion dollars, with the Marvel Cinematic Universe almost tripling its closest competition, Star Wars, at nearly $30 billion.

When Dwayne Johnson made this tweet, many people used those numbers as a basis for comparison. However, Black Adam is more like the first Captain America movie, the first Black Panther, or the first Batman rather than the juggernaut of the Marvel Cinematic Universe because the Samoan star’s latest film is the first in its franchise. He has a point comparing his release to a beginning franchise rather than one that has been established for several movies.

Another reason viewers are used to seeing popular franchise films rake in billions is because the top earners were released before Covid and social distancing forced theaters to shut down, and then re-open with limited seating. Dwayne Johnson’s superhero jaunt entered theaters within a year of the ending of closures to stop the spread of the pandemic. Viewership across all movies is still low and theaters are not expected to return to pre-pandemic business levels until at least 2025.

In a world where the pandemic never happened, it is possible that Black Adam could have done better throughout its run and earned the over $500 million that would have made it truly comparable to Captain America’s release, adjusting for the 11 years of inflation. Dwayne Johnson, however, is not dissatisfied with how it’s doing, as he seems to be celebrating the movie’s success. His tweet was possibly refuting an article from The Hollywood Reporter that claimed the movie was due for a huge loss at the box office.

Black Adam is still in theaters, and will also be released on HBO Max on December 16. Dwayne Johnson also appears in the Fast & Furious franchise, which is the 8th highest-grossing franchise in film right now. Audiences will have to wait and see how his DC Universe franchise will evolve and whether it can compete with Marvel for box office receipts.