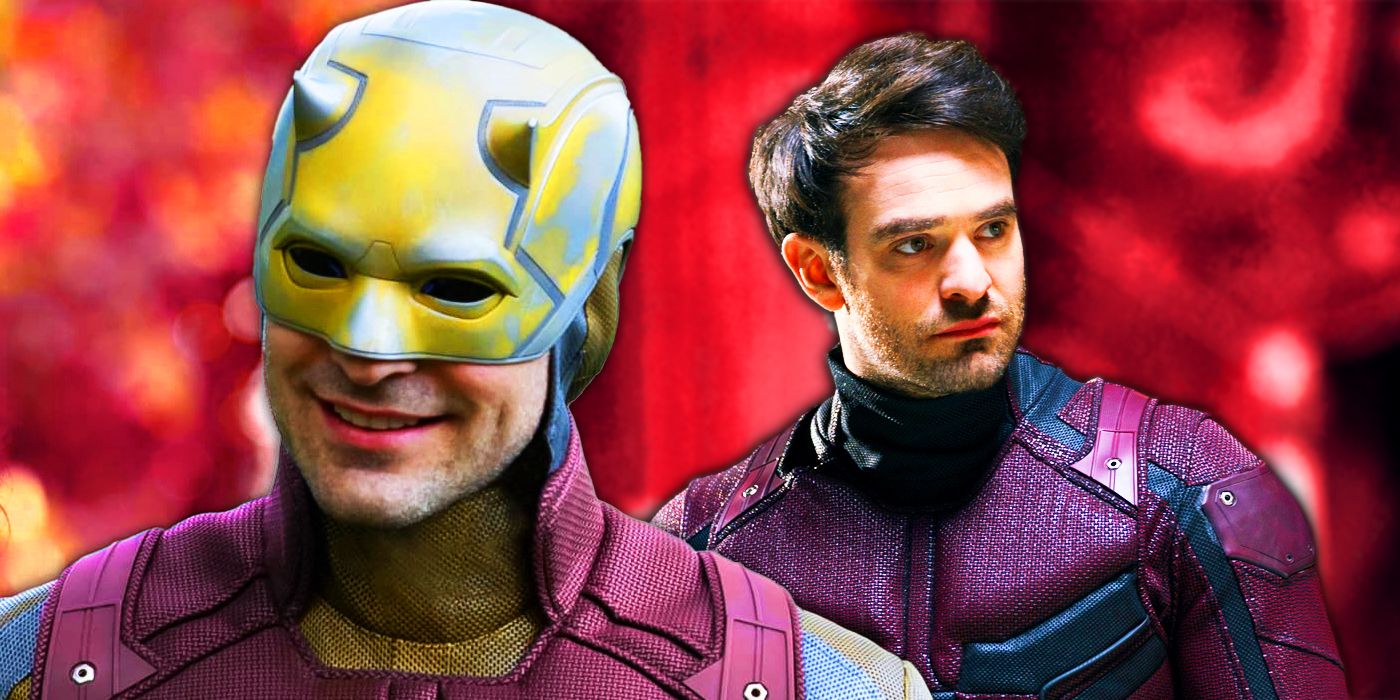 The MCU’s take on Daredevil has so far been far lighter than Netflix’s Daredevil show, but Daredevil’s comedy shouldn’t set the tone for Born Again.

Daredevil’s lighter tone worked for She-Hulk: Attorney at Law, but that should not be the approach for Daredevil: Born Again. Although the question whether the Netflix Marvel series are MCU canon still hasn’t been answered, both Charlie Cox’s Daredevil and Vincent D’Onofrio’s Wilson Fisk were part of Marvel’s Phase 4. Daredevil and Kingpin are also expected to appear in Echo before getting their own MCU show, Daredevil: Born Again. Five years after Netflix’s Daredevil season 3, there is more of Matt Murdock in the MCU than what many would have imagined, with a very different take on the character from the Netflix show.

Following a brief Charlie Cox cameo in Spider-Man: No Way Home, the character was teased to return. She-Hulk had an entire episode focused on Daredevil. More than changing the Daredevil costume from red to yellow, the MCU reimagined Matt Murdock for the She-Hulk series and delivered a lighter, funnier Daredevil. That change in tone worked with She-Hulk’s comedic approach, but it cannot become the norm for Daredevil in the MCU. As funny and charismatic as Matt Murdock is, Daredevil’s best stories beg for a more serious tone.

Related: No Way Home Was Smart Not To Reveal Daredevil’s Secret

When asked if he would like for Daredevil to appear in Deadpool 3, Charlie Cox said that it could work “because of the tone of our show,” strongly suggesting that Daredevil: Born Again might have a lighter tone after all. While Daredevil: Born Again does not have to be Daredevil season 4 but instead a new beginning for the character in the MCU, having Daredevil’s next solo show be too different from Netflix’s Daredevil in terms of tone might be a mistake. Many assumed that Daredevil’s lighter tone in She-Hulk was something designed for that show only, but Cox’s comment suggests otherwise.

Between trying to emulate the tone of Netflix’s Daredevil and completely reimagining Matt Murdock, the best option for the MCU’s Daredevil: Born Again show is to find a balance. So far, not many Marvel characters have posed the MCU the same challenge as Daredevil does. The only exception is Moon Knight, whose MCU Disney+ series was significantly different in terms of tone from recent Marvel Studios productions. Although Moon Knight repeated some old MCU tropes, it showed that there is room within the Marvel universe for characters like Daredevil and Wilson Fisk to work. Still, Moon Knight was lighter than Netflix’s take on Daredevil and Wilson Fisk.

As a comparison, Netflix’s Daredevil was rated TV-MA whereas most Marvel Disney+ shows are rated TV-14. Therefore, if the MCU keeps its Disney+ strategy, Daredevil: Born Again will, by necessity, be different from Netflix’s Daredevil when it comes to tone. Also, given how Daredevil is now part of a larger world of Marvel characters, fun crossovers in the style of She-Hulk could be recurrent in the 18 episodes of Daredevil: Born Again. From the fight scenes to the themes the story deals with, the Daredevil comics show what the perfect balance between Matt Murdock’s fun, quippy personality and the seriousness of Daredevil’s crusade looks like, now the shows simply need to learn from it.

More: Marvel Hints At How Daredevil Fits Into An Upcoming Disney+ Series