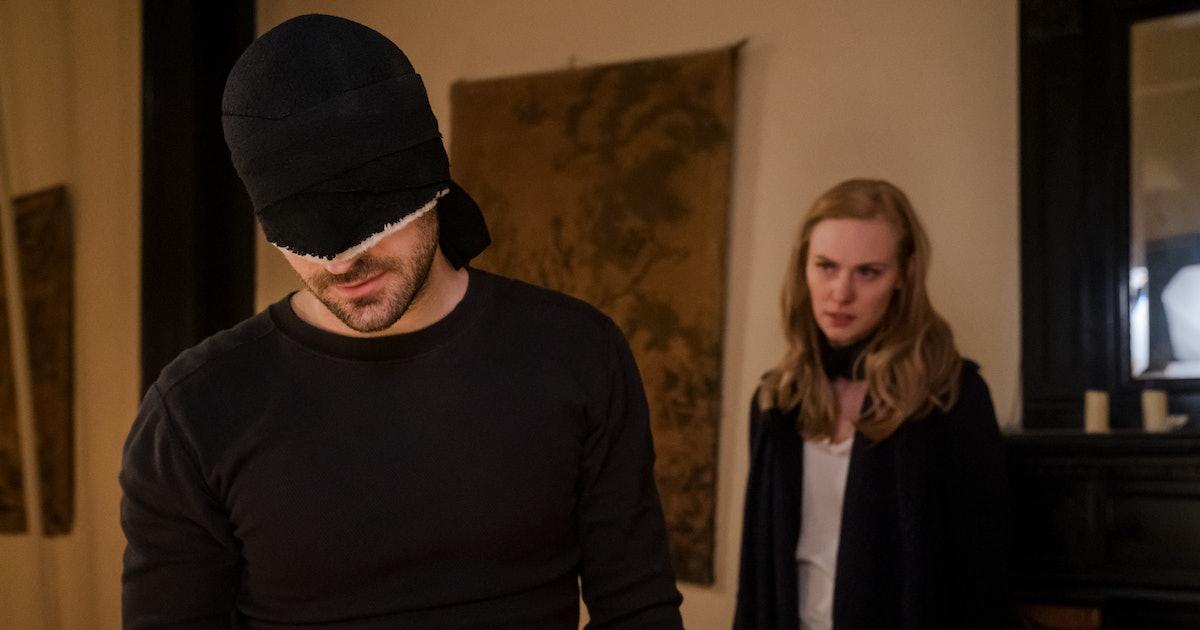 The third season of Daredevil debuted to rave reviews, ending up the most lauded batch of episodes of the entire bunch. That’s why it was a shock to many that the series ended up on the chopping block, one of the many “DefendersVerse” shows canceled in a business dispute between Netflix and Disney. Because everyone expected the series to come back, including the cast of the show, Deborah Ann Woll says she has “unfinished” business as Karen Page.

“I would say no, partially because the Marvel series feel unfinished to me because we got canceled when we thought we were going to have more. There’s a part of me that was like, ‘I had more to say about Karen,’ and I felt I was in the middle of that story,” the Daredevil alumnus said in a recent chat with ScreenRant. “Whereas True Blood, for all its ups and downs, and triumphs and flaws, we did get to wrap it up. I knew that we were wrapping it up, and I could say goodbye to everyone. I stole something from the set. I didn’t get to steal anything from our Daredevil set! I didn’t get to say goodbye to the crew because we all thought we were coming back. So that’s really what I would want back, and I wouldn’t have all of that back, obviously.”

As of now, there are only two confirmed characters returning for Marvel Studios’ Daredevil: Born Again reimagining: Daredevil (Charlie Cox) and Kingpin/Wilson Fisk (Vincent D’Onofrio). Outside of that dynamic duo, no other characters or plot details have been confirmed, meaning it’s unclear if Woll will return as her fan-favorite character.

“Vincent, my dear, dear friend and arch nemesis.There’s gonna be a day, at some point in the future, where I’m going to be in New York. I’m going to show up to work, put on my costume, and I’m going to walk on set with him,” Cox told ScreenRant at D23. “That is going to be a momentous occasion. I’m emotional just thinking about it. We haven’t had that since we shot the scene at the end of season three, where there’s the big fight and emotional dialogue that we have. We haven’t been on set together since then.”

When is the Daredevil reboot coming out?

Daredevil: Born Again is expected to drop Spring 2024. The first three seasons of Daredevil and The Defenders limited series can now be seen on Disney+.

What other characters do you hope to see join Marvel’s new Daredevil series? Let us know your thoughts either in the comments section or by hitting our writer @AdamBarnhardt up on Twitter to chat all things MCU!