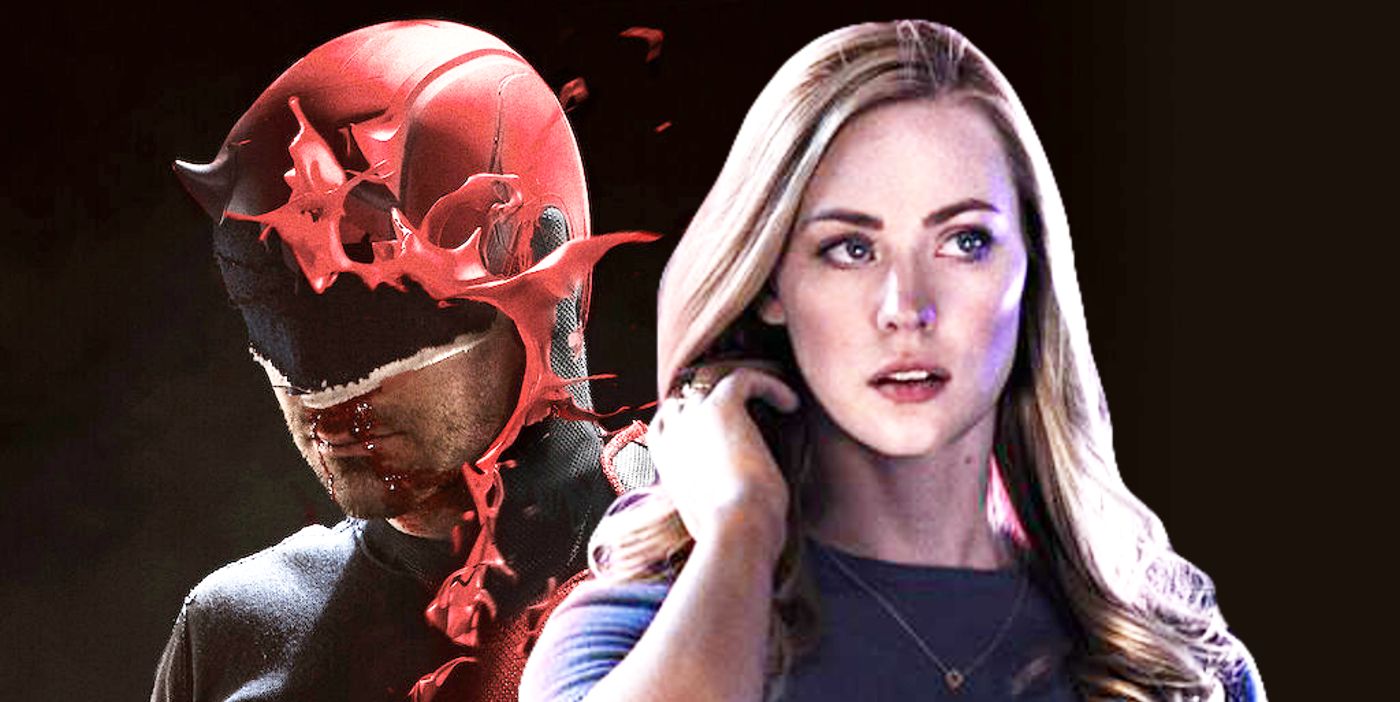 Deborah Ann Woll, who played Karen Page on Netflix’s Daredevil, opens up about the Marvel TV drama getting canceled after only three seasons.

Daredevil star Deborah Ann Woll, who portrayed Karen Page in the Netflix series, reflects on the Marvel TV series getting canceled. Before the Disney+ era for Marvel Studios, Marvel TV was its own division that ran multiple television shows across ABC, Netflix, Hulu, and Freeform. On the Netflix side, Daredevil was one of the most critically acclaimed shows in The Defenders franchise before it was canceled after only three seasons. While Marvel TV as a division has been absorbed into Kevin Feige’s overall responsibilities, all of the shows prior to the Disney+ series were an era in itself, as it helped build out the MCU on the small screen.

During a recent appearance on the Inside of You with Michael Rosenbaum podcast, Woll opened up more about her Marvel experience. When Rosenbaum asked her if she would revisit True Blood, Daredevil, or The Punisher, while taking a guess that she would choose the HBO series, Woll had a different answer altogether. According to Woll, she has always felt that there was a sense of unfinished business with her Marvel projects due to Daredevil getting canceled after only three seasons, sharing the following:

“I would say no, partially because the Marvel series feel unfinished to me because we got canceled when we thought we were going to have more. There’s a part of me that was like, ‘I had more to say about Karen,’ and I felt I was in the middle of that story. Whereas True Blood, for all its ups and downs, and triumphs and flaws, we did get to wrap it up. I knew that we were wrapping it up, and I could say goodbye to everyone. I stole something from the set. I didn’t get to steal anything from our Daredevil set! I didn’t get to say goodbye to the crew because we all thought we were coming back. So that’s really what I would want back, and I wouldn’t have all of that back, obviously.”

RELATED: Marvel Hints At How Daredevil Fits Into An Upcoming Disney+ Series

How Karen Page Can Return To The MCU

While Daredevil season 3 didn’t end with too many cliffhangers, many still regard the show’s abrupt ending being very premature, especially as the last season started a new chapter for Matt Murdock after the events of The Defenders season 1. Despite the fact that Karen hasn’t appeared in the MCU since Daredevil’s final season, the franchise has recently begun to utilize the Marvel TV characters in the actual films and ongoing Disney+ series. Charlie Cox made a surprise cameo in Spider-Man. No Way Home, where he served as Peter Parker’s attorney while Vincent D’Onofrio’s Kingpin resurfaced in Hawkeye season 1.

Even though the Netflix series isn’t getting revived, Daredevil is getting a semi-continuation which could pave the way for Woll to reprise the role of Karen in the MCU. Disney+ is currently developing Daredevil: Born Again, with Cox and D’Onofrio officially set to return as Matt and Kingpin, respectively. While it won’t be season 4 of the canceled series, Daredevil. Born Again is still a continuation of the characters that fans followed throughout Daredevil. For the time being, Matt hasn’t referenced what Karen or Foggy Nelson have been up to since the end of Daredevil season 3, especially during his She-Hulk episodes, but supposedly they are still working with him in New York.

While they have yet to announce additional casting, it wouldn’t be shocking if Woll is another cast member that they recruit for Daredevil: Born Again, given how integral Karen was in Matt and Foggy’s lives throughout the Netflix series. If they don’t plan to have Karen be an active part of the show, Daredevil: Born Again should, at the very least, have Woll come on for an episode or two to establish where Karen is at this point and why she may not be working with the attorneys anymore. With Cox having an interest in reuniting with his Netflix cast members, hopefully, Woll will get a chance to revisit the Daredevil franchise in the upcoming Disney+ series.

Source: Inside of You with Michael Rosenbaum