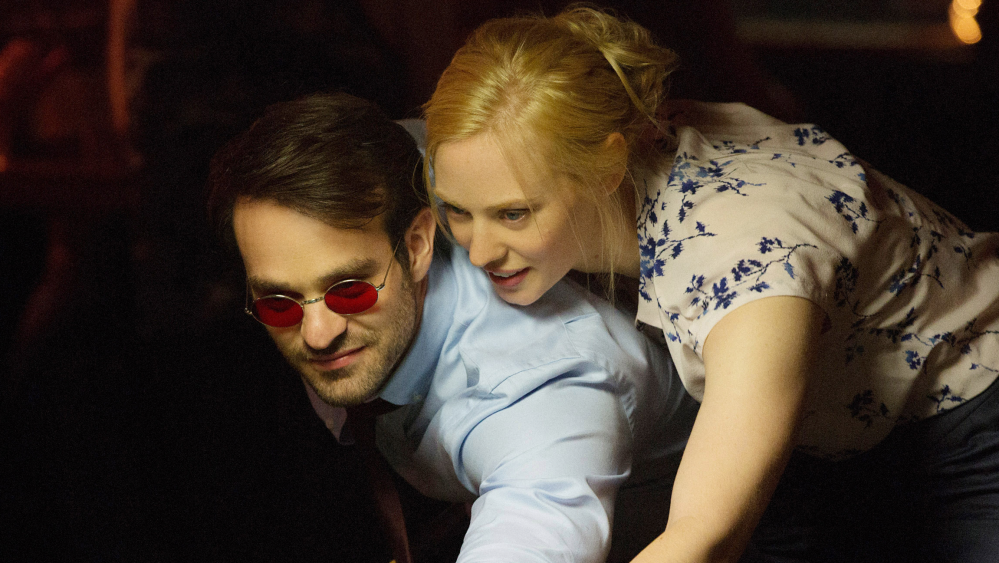 Charlie Cox and Vincent D’Onofrio are making the jump from Netflix’s canceled “Daredevil” series to Disney’s upcoming limited series “Daredevil: Born Again,” but their former co-star Deborah Ann Woll might not be following. “True Blood” alum Woll starred opposite Cox as Karen Page on all three seasons of Netflix’s “Daredevil.” Considering Karen was a prominent character on “Daredevil” and Matt Murdock’s primary love interest, many Marvel fans have been wondering whether or not Woll would appear on “Born Again.”

“I can say this: they have not called me yet. So, as of now, I am not a part of it,” Woll revealed on a recent episode of the “Inside of You” podcast (via Total Film), hosted by “Smallville” alum Michael Rosenbaum. “I would be thrilled to get to be a part of it. They know where I am. Like I said, I love the character Karen Page. I love telling that story. I feel like I have more to say. But it is up to them what kind of story that they want to tell.”

Netflix pulled the plug on “Daredevil” in fall 2018 after three seasons. The show never got to resolve its storylines and craft a proper series finale.

“The Marvel series feels unfinished to me because we got canceled when we thought we were going to have more,” Woll said. “There’s a part of me that was like, ‘I had more to say about Karen,’ and I felt I was in the middle of that story.”

Cox has already made the jump to the proper Marvel Cinematic Universe by reprising Matt Murdock/Daredevil in a “Spider-Man: No Way Home” cameo and in a couple episodes of the Disney+ original series “She-Hulk: Attorney at Law.” In the series, Matt becomes romantically intertwined with Jennifer Walters/She-Hulk (Tatiana Maslany), so if he’s going to have any love interest in “Born Again” it might be Jennifer and not Karen.

Disney and Marvel have only confirmed Cox and D’Onofrio (back as Kingpin) for its “Daredevil: Born Again” cast. The series is set to run 18 episodes.