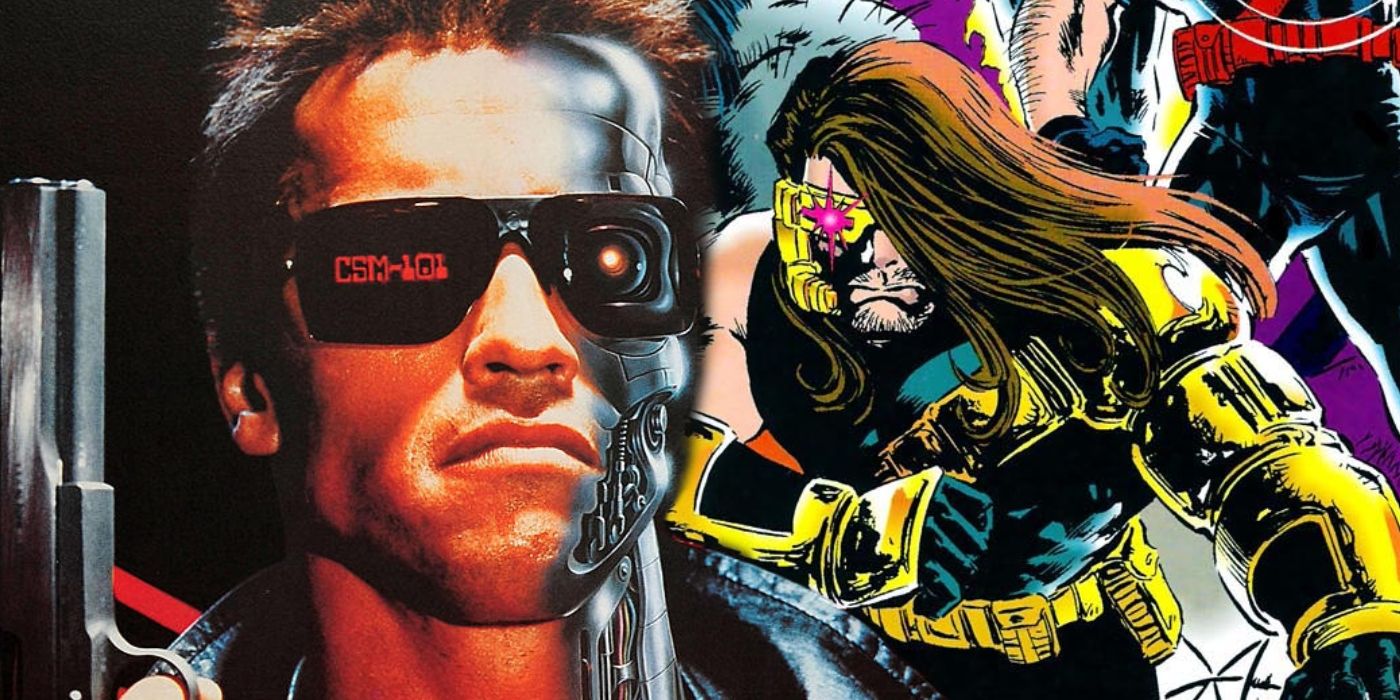 While Cyclops is normally an X-Men hero, he becomes akin to the bloodthirsty robots of Terminator in Marvel Comics’ dark era of the Age of Apocalypse.

While Cyclops is mostly known for his role as the valiant leader of the X-Men, there is one version of him that existed within Marvel’s darkest era who was essentially a Terminator–both in terms of function and style.

The Terminator is a 1984 film that chronicles a killer android’s trip through time from the not-too-distant future to the present-day era of the ‘80s for the sole purpose of killing a woman named Sarah Connor as she was destined to give birth to John Connor–a man who would lead a human rebellion against the machines. In the future, an AI called Skynet conquers the planet, and Terminators are launched to kill or capture any human that stands against them. This trip through time is just one mission launched by the villainous robot army all while the real war is happening in the decimated landscape of humanity’s future–much like one alternate reality within Marvel Comics.

In X-Man #1 by Jeph Loeb and Steve Skroce, readers are once again thrown back into the world of the Age of Apocalypse, and this issue introduces them to an all-new hero. The Age of Apocalypse is the result of Charles Xavier being accidentally killed by his time-traveling son, Legion. With Xavier’s death, Apocalypse knew there was no one who could oppose him, so he went to work waging war on the entire human population–and effectively won. While a small portion of humanity still existed, Apocalypse made the world his own, and he recruited the best and strongest mutants to help carry out his dark mission–and one of those mutants was none other than Cyclops. Cyclops was the leader of his own strike force under Apocalypse, and their whole purpose was to hunt down and capture or kill any rogue humans/mutants who would oppose Apocalypse. While Cyclops’ role was one of immense villainy, this issue showed him in a bit more of a positive light. In the opening page, readers are seeing the world through the point of view of the new X-Men character introduced in this issue: X-Man–and what he sees is Cyclops, who says to the young mutant, “Come with me if you want to live”.

While many attribute the quote “Come with me if you want to live” to Arnold Schwarzenegger’s Terminator character, it was actually first uttered by the character Kyle Reese to Sarah Connor in the first movie. In the second installment, T2: Judgment Day, Arnie’s Terminator says the iconic line to a young John Connor before saving his life. Based on the history of that line in Terminator lore, it is consistently said by a hero to the person they are trying to save–and the same can be said for Cyclops who says it to X-Man in this issue. As it is now obvious, Cyclops is exactly like both versions of the Terminator: the brutal hunter of those who would oppose the evil overlord and the hero who saves the only person who can take that overlord down. Like John Connor in the Terminator franchise, X-Man was believed to be the only one who could stop Apocalypse. So, when Cyclops told X-Man to “Come with me if you want to live”, he might as well have been playing out the scene between the T-800 and John Connor from T2–with exactly the same significance behind both situations.

The entire world of Age of Apocalypse is almost exactly the same kind of neo-tech nightmare introduced in the grim future of the Terminator franchise–and Cyclops (in more ways than one) perfectly filled the role of X-Men’s Terminator.