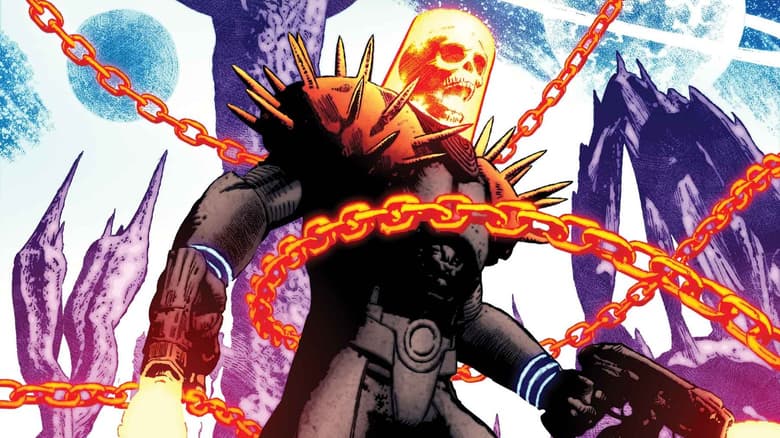 One of Marvel’s most outrageous breakout characters of the past decade, Cosmic Ghost Rider, will return this March in a brand-new solo series!

Announced by Polygon, COSMIC GHOST RIDER will be written by Stephanie Phillips in one of her first works for Marvel Comics, along with the upcoming Rogue & Gambit series, and drawn by superstar artist Juann Cabal.

Since his 2018 creation by Donny Cates and Geoff Shaw, this future version of Frank Castle was a mega hit with fans due to his extraordinary origins and his unique style of dishing out justice. The character’s saga will only get more wild in this upcoming sprawling space adventure with even more shocking twists and turns.

In a far-flung corner of deep space, Frank Castle has eked out a quiet existence, and his days as Cosmic Ghost Rider are finally behind him. But across the universe, a vicious bounty hunter is leaving a trail of bodies in his wake, and his name is…Cosmic Ghost Rider?! When Frank’s peaceful existence is shattered, he must suit up once more and face his most savage enemy yet – himself!

“I love the humor and absurdity of Cosmic Ghost Rider, and because he’s a newer character I feel like there’s lots of potential space (pun intended) to push him in new directions,” Phillips told Polygon. “I’m excited to play with Marvel’s cosmic characters and write something that feels really new for me and for Frank Castle as well.