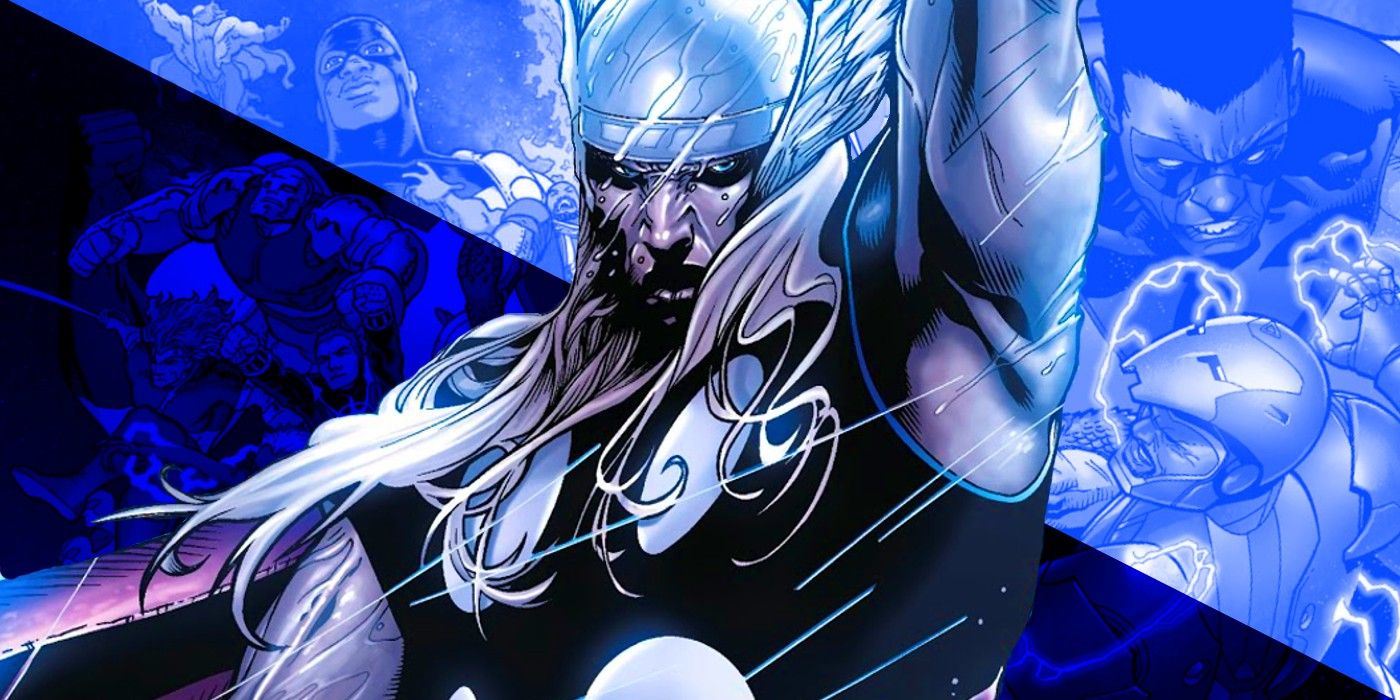 In Marvel Comics’ Civil War, the seeming return of Thor is only a prelude to the comics’ greatest horror; however, the original plan for the Thor’s role was much more heroic. The newly-revealed pitch for the comic reveals what could have been, and is in stark contrast to what actually happened.

Much like in the MCU’s loose adaptation, Thor is nowhere to be found during Marvel Comics’ Civil War. At the time, Thor had gone through the final cycle of Ragnarok, cutting the loom of the Norns which had bound the Asgardians to a cycle of rebirth, and therefore seemingly dying forever. As such, when Civil War loomed, Tony Stark, Reed Richards and Hank Pym, the most hubristic of Marvel’s geniuses, banded together to create a cyborg clone of Thor to give them an edge. This infamously went disastrously when the clone killed Bill Foster aka Goliath in battle.

However, the original intent behind this clone was recently revealed to have been much more heroic. Former Marvel editor Tom Brevoort recently revealed on his blog the original pitch for Civil War as written by writer Mark Millar, and it showed that the return of Thor was supposed to be a heroic moment for the book.

“The big finale, the last three or four issues, comes on the back of Thor’s return. Like I said, every trick in the book has been established here and the appearance of the mysterious new Thor should set pulses racing, especially as we only get hints to his amazing back-story. … a new status quo for Tony (which he needs), new teams set up across America, plus the emergence of this new Thor.”

Clearly, this never materialized. In the final comic, by Millar and Steve McNiven, there’s no hint of heroism from Thor’s clone, later dubbed Ragnarok, and the most shocking part of his original reveal in Civil War #3 is that this at first appears to be the original Thor.

Ironically enough, what was supposed to be the big heroic reveal of Civil War led to its greatest failure. The death of Bill Foster is emblematic of Marvel’s habit of killing off minor characters who haven’t had plots in a while to raise the stakes of its stories. Bill Foster’s death is also representative of the relative disposability of POC characters in stories by writers who haven’t thought through what their “shocking moments” might do for representation in mainstream comics and what that broadly says about how POC are valued in comics stories.

Thor’s role in Civil War did, however, prelude some changes to the wider Marvel Universe. It firstly established a divide between Thor and other heroes, most notably Iron Man, whose armor Thor literally tears off in J. Michael Straczynski and Olivier Coipel’s Thor Vol 3 #3 for violating his autonomy by making a clone without his consent. It also helped set up the next Marvel event, revealing that Ragnarok was sabotaged by the Skrull Criti Noll who was posing as Hank Pym, setting up Secret Invasion in the comics. Ragnarok also later became part of Norman Osborn Dark Avengers during the Dark Reign status quo, itself only made possible by a distrust of superheroes in the wake of Civil War and Secret Invasion.

Even with Thor’s return after Civil War it took many more years for someone else to take up the mantle for a significant amount of time. The most notable new Thor comes in Jason Aaron and Russell Dauterman’s Thor Vol 4 almost a decade after Civil War where, much like in the MCU, Jane Foster takes up the mantle of Thor. Jane’s tenure proves that despite Marvel’s reluctance to create long-term legacy characters, there’s an appetite for them, both in comics and later in the MCU. If Thor had been Jane Foster or an entirely new hero in Civil War like was originally planned, who can say what new status quos we might have today.

Next: The Hulk’s Most Disgusting Power Ever Was Just Revealed