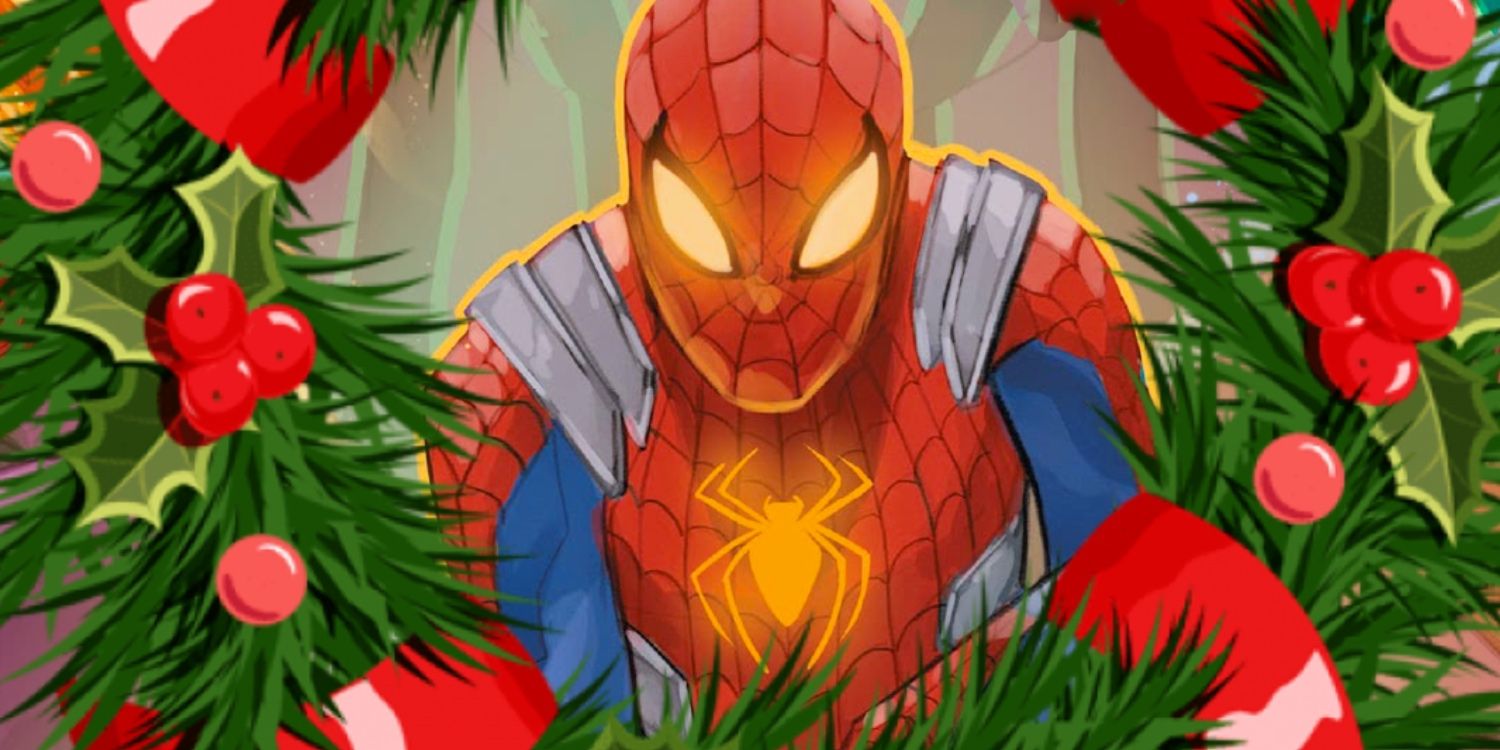 In the latest chapter of Marvel Comics’ Dark Web crossover, Spider-Man inadvertently gets Christmas canceled in New York City (demons will do that).

Warning! This post contains SPOILERS for Amazing Spider-Man #15In the latest issue of Marvel Comics’ Amazing Spider-Man and Dark Web tie-in, Christmas is officially canceled…and it’s all Spider-Man’s fault. As confirmed by none other than J. Jonah Jameson, “New York’s gone to Hell” (in a very literal sense). Thanks to an army of evil demons being unleashed upon the city by Ben Reilly’s Chasm and Madelyne Pryor’s Goblin Queen, all roads point to Spider-Man inadvertently stealing the city’s Christmas and holiday cheer.

In the new Amazing Spider-Man #15 from Zeb Wells and Ed McGuinness, J. Jonah Jameson has a front-row seat to all the carnage happening in New York during the new Dark Web crossover, watching from the Threats N’ Menaces office (Marvel’s version of TMZ where JJJ now works). Not only are demons attacking innocent bystanders, but a variety of inanimate objects have monstrously sprung to life due to a flurry of sinister possessions. To make matters worse, Spider-Man’s evil clone Chasm has come to kidnap Jonah, making JJJ a part of his elaborate revenge quest to steal Peter Parker’s soul.

While Ben Reilly used to be a legitimate hero as the Scarlet Spider and has even been a Spider-Man stand-in at times when Peter’s been unable to fulfill his webslinging duties, everything changed after the Beyond Corporation manipulated Ben’s mind to make him more compliant. This inadvertently created a cascading failure due to the fragility of Reilly’s memories (seeing as how the majority were copies of Peter’s). Now that Ben has lost these memories and been corrupted to think that Peter is keeping them from him, Reilly became Chasm, a dark version of Spider-Man determined to steal Peter’s entire soul.

Having united with Madelyne Pryor’s Goblin Queen who herself is a clone of the X-Men’s Jean Grey, this Christmas is bizarrely all about clones getting revenge on their hosts using demon hordes. While the original Spider-Man was not responsible for Ben’s mind being corrupted or subsequently falling into a pool of psychoactive goo, he clearly could have made more of an effort to find him before Chasm felt the need to ally himself with Limbo’s Goblin Queen in a massive revenge quest. Now, the entirety of New York City is paying the price during what should be one of the happiest times of the year.

Although it’s been confirmed that Spider-Man should be receiving some help from the X-Men in future issues of Dark Web (they aren’t too happy with Madelyne unleashing her subjects), there’s no telling how Spider-Man’s new rivalry with Chasm will end. It certainly doesn’t help that Chasm and Pryor have been joined by Venom whom they’ve reverted back to his more monstrous past self. At any rate, here’s hoping Spider-Man can salvage Christmas before it’s too late. Amazing Spider-Man #15 is on sale now from Marvel Comics.

Next: Miles Morales’ New Spider-Man Era Is Exactly What He Needs