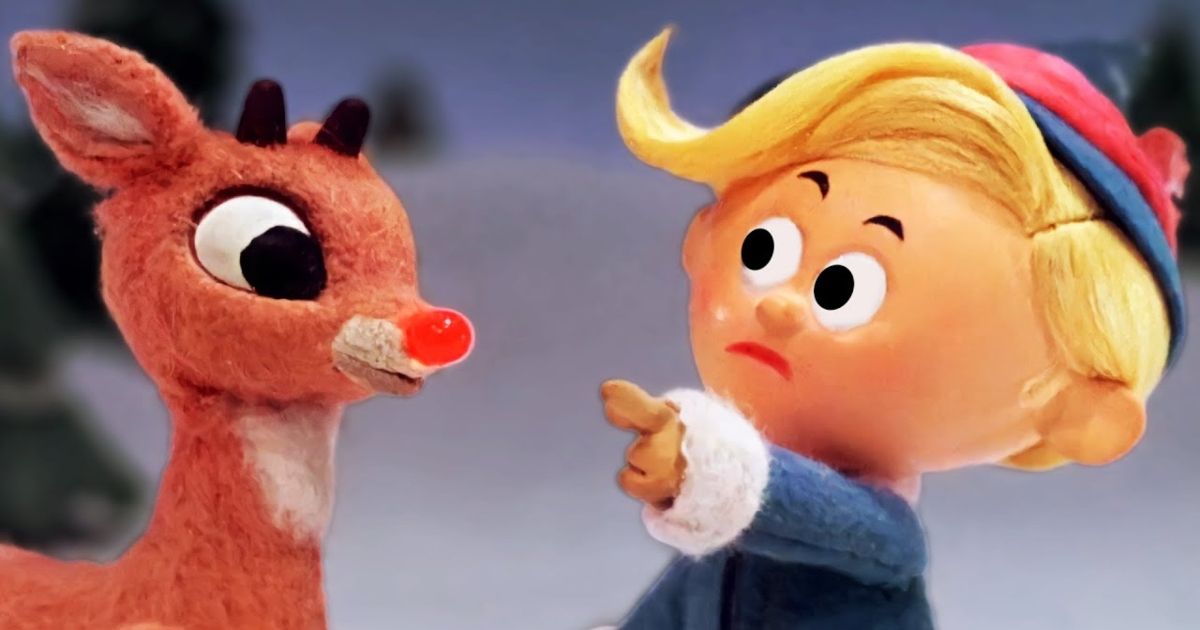 With the massive success of the Marvel Cinematic Universe over the past fifteen years, every studio has sought out their own universe with varied success. Universal Pictures attempted a MonsterVerse with the likes of The Mummy, Dracula, Frankenstein, and more… that lasted one movie. Warner Brothers has had its ups and downs with the DC Extended Universe, something that will hopefully be corrected under new CEOs James Gunn and Peter Safran. But there is one shared universe that the world is clamoring for a live adaptation of, and that universe revolves around the classic holiday characters of your childhood, from the creative minds of Rankin and Bass.

For the sake of getting this universe off the ground, we will focus on the beloved classics and not any of the more off-the-wall specials also produced by Rankin and Bass. When the holidays are at stake from the evil Heat Miser and Snow Miser, only one group of heroes can save the day. Rudolph, Frosty, Kris Kringle, and more are here to make sure the holidays go off without a hitch. Let us cast a live-action Rankin & Bass Cinematic Universe.

This may seem like an easy one, and that is because it is. The muscle of our group of heroes is undoubtedly Yukon Cornelius from Rudolph the Red-Nosed Reindeer. We know David Harbour can play a physically intimidating hero as seen in Hellboy and Black Widow. He also has no issues growing the necessary bushy beard that gives Yukon his iconic look.

Hermey lacks the physical build to make a huge difference in saving the holidays, but it is his smarts and sheer determination that make him a valuable addition to the team. He was willing to leave his life behind to pursue his dream of dentistry and that takes an actor with a ton of confidence. While Nick Kroll‘s big screen resume is still relatively small, the sample size we do have proves his abilities to portray the confidence needed to bring Hermey to life.

Sam the Snowman is without a doubt the Nick Fury-esque leader of the group and who better to play him than the man who has made Nick Fury popular for the past fifteen years? Sam is a character who exudes a lot of confidence and has a world-class singing voice to boot. An actor like Samuel L Jackson has the acting chops to bring that confidence to life and make Sam the Snowman be the glue that holds the Rankin and Bass Cinematic Universe together.

Tom Holland is the go-to young actor in Hollywood, along with another entry later on this list. Holland possesses the right amount of quietness, shyness, and reserved personality that is required of Rudolph as he slowly gains his confidence and becomes the leader of Santa’s sleigh we all know him to be. Much like Sam the Snowman could be compared to Nick Fury, Rudolph could certainly be considered the Spider-Man of this universe, making Holland a not lazy, but a perfect casting. It is also a perfect time to reboot the classic character as the film just may be a lot more horrific than we remember as kids. 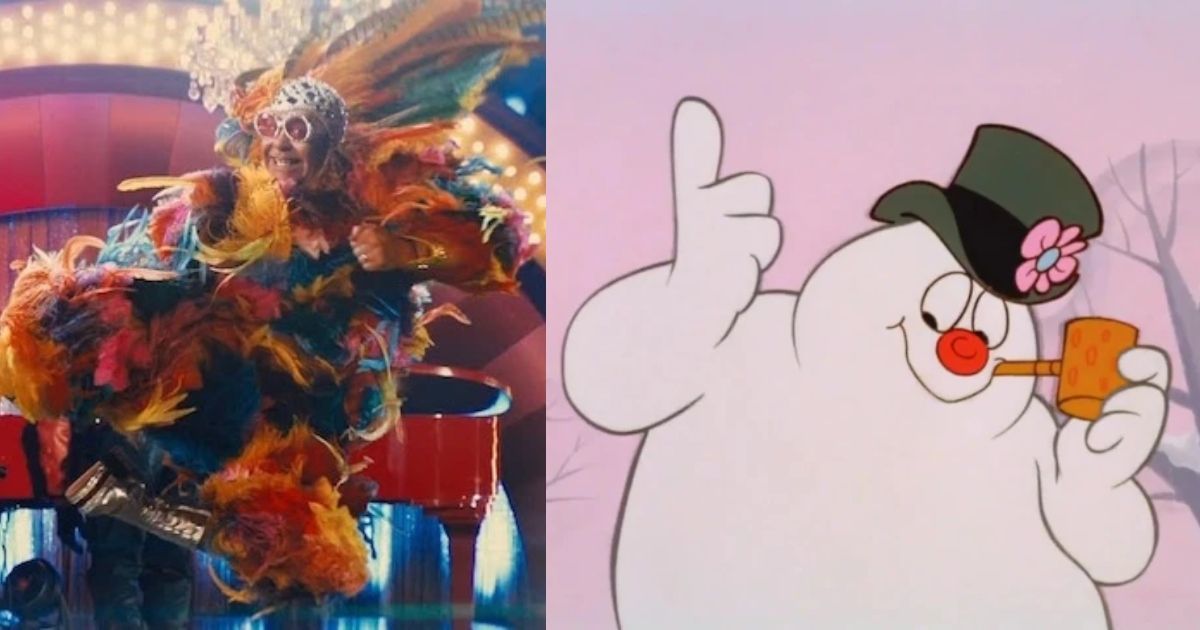 Frosty was an interesting casting decision as he could be played by a dozen different actors, but Elton John continued to come to the forefront for the role of the famous snowman from Frosty the Snowman. John has had every accomplishment there is to have in show business, countless Grammys, an Oscar, a movie made about his life, but the one thing he has yet to accomplish is star as a classic holiday character. With Elton John cast as Frosty, expect exceptional signings from the snowman and a flamboyant top hat and wardrobe that the singer has become known for over the years.

A massive amount of talent and some sound career advice from Leonardo DiCaprio and Timothée Chalamet continues to be one of the best young faces in Hollywood. The Little Drummer boy is a character full of depth, and to bring him to life will take the immense talent of a young actor. The calmness displayed by Drummer Boy is something with which we know Chalamet can portray. 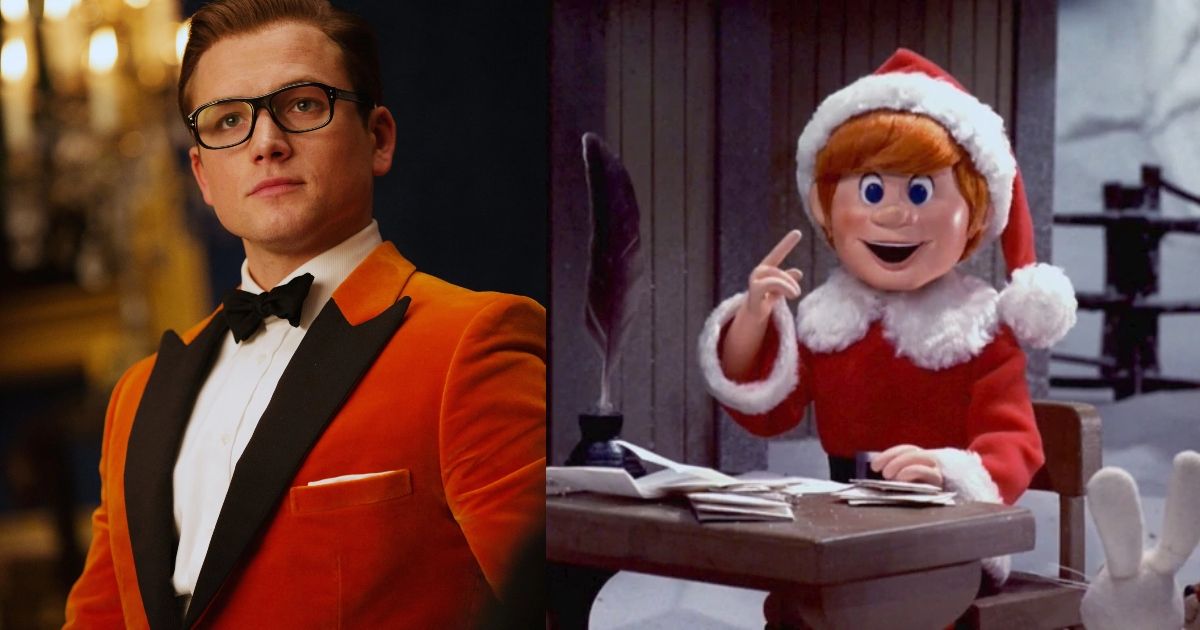 Santa Claus is Comin’ to Town acts as an origin story for one of the greatest fictional characters in the history of the world, Santa Claus. In a live action Rankin and Bass Universe, we need a charismatic actor that can play Kris Kringle through the years and grow into the Santa Claus we all know and love.Taron Egerton has the charm and wit to carry the role of Kris Kringle from his formative years all the way through to the grizzled veteran Claus ends up being.

Time for the first of the two big bads, and who better to play the iconic Snow Miser from The Year Without a Santa Claus than a man who has experience playing a frigged and cold as ice character in The Santa Clause 3: The Escape Clause. Martin Short possesses the charm as well as the singing and dancing chops needed to bring the Snow Miser to life. Pair him up with the hard rock choice to play his hot counterpart, and we have two villains ready to carry a universe.

Admittedly piggybacking on Jack Black‘s casting as the fiery villain Bowser is what Nintendo hopes will kick off its own cinematic universe, we think he would be perfect to play the over-the-top and villainous Heat Miser. Black can bring a hard rock and tough guy mentality to Heat Miser that will contrast very well with the Broadway-esque essence that Snow Miser exudes.