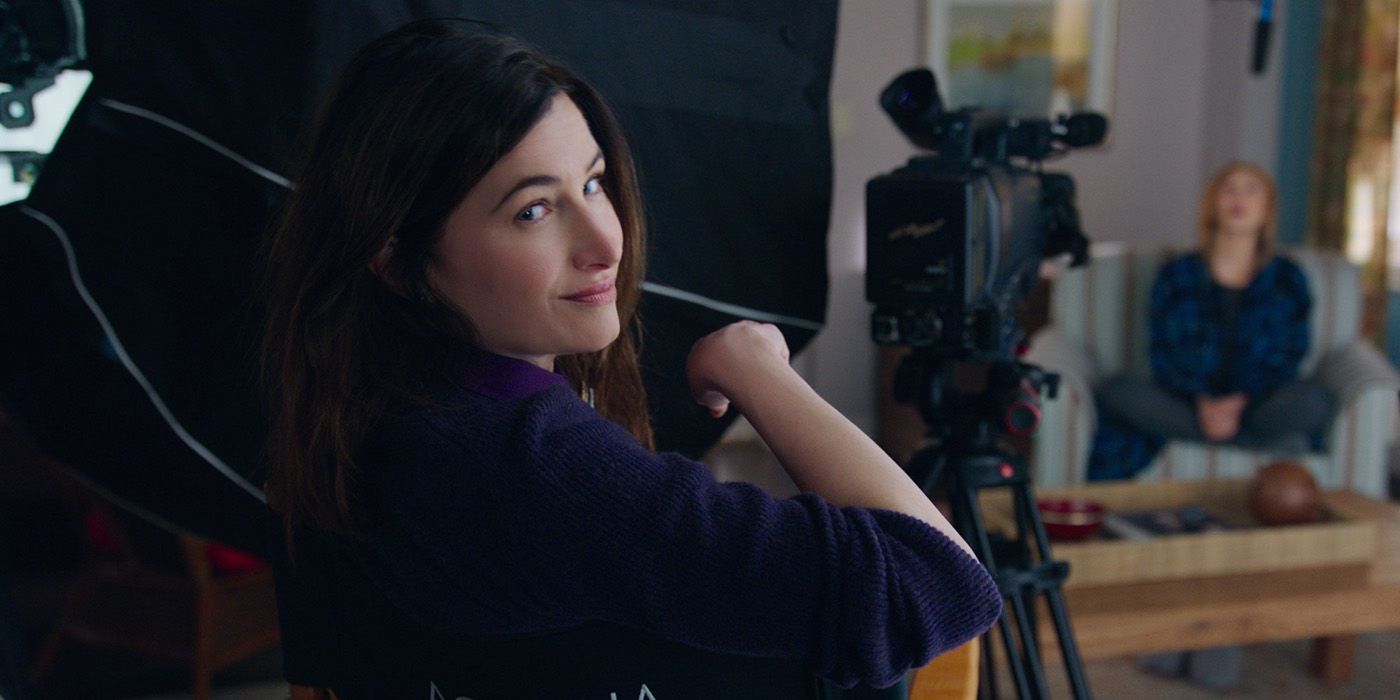 In 2021, fans of the Marvel Cinematic Universe were treated to the first of the new generation of Marvel shows streaming on Disney+: Jac Schaeffer‘s WandaVision. WandaVision was met with fairly good reception critically, with critics lauding the show’s dedication to historical accuracy and spoofing of classic TV favorites. It was met with even better fan reception, with fans taking to social media every week to share theories about the show, celebrate the performances from Elizabeth Olsen (Wanda Maximoff) and Paul Bettany (Vision), and celebrate the many hilarious side characters introduced by the show.

One such character was the show’s final villain, Agatha Harkness, played by Kathryn Hahn. Agatha, known as Agnes throughout most of the show, started out as Wanda’s helpful but nosy neighbor, but soon revealed herself to be the witch Agatha. With her own viral theme song, Agatha very soon became a fan favorite, and not long after the show finished airing, Disney confirmed that she would be getting her own show. With a slew of new stars added to the cast, and filming having recently begun, let’s get into everything we know so far about Agatha: Coven of Chaos.

Who Is Agatha Harkness?

During WandaVision, Agatha was known as Agnes and lived next door to Wanda in the town of Westview. While Wanda and Agnes seem to be the best of friends, her true backstory and intentions soon come to light: Agatha was a part of a coven in Salem, Massachusets, during the era of the Salem Witch Trials. In 1693, her coven set out to execute her for practicing dark magic, which they had forbidden; but, instead of facing the consequences of her actions, Agatha kills the members of her coven present at her trial. She then kills her mother Evanora (Kate Forbes), before flying away.

Having studied magic for centuries, Agatha was enraged to see Wanda’s natural mastery of the craft and was intensely jealous of her ability to control Westview without consciously realizing what she was doing. Following an epic battle of both magic and wits, Wanda eventually cursed Agatha to live out the rest of her life in her role as Agnes, stuck in Westview.

Agatha’s backstory in the comics, however, is a little different. Agatha Harkness has been featured in Marvel Comics since the 1970s, playing an important part in the upbringing and training of the Maximoff twins. Agatha plays the role of a teacher and mentor to Wanda throughout the comics, though she ultimately meets her death at Wanda’s hands following the revelation that her children were never real. Agatha’s ghost has acted as a confidante and friend to Wanda, and she has even been resurrected in some recent storylines.

When Will Agatha: Coven of Chaos be Released?

Originally titled Agatha: House of Harkness, the show underwent a title makeover, and the new title was announced during Marvel’s 2022 San Diego Comic-Con panel, along with some other tidbits to do with the show’s production. The show is still in the early stages of production, with filming having only just begun, and as such, there isn’t much to be said of a release date. However, the SDCC panel did confirm that the release window for the series is somewhere around winter 2023, so we can hopefully expect to see Agatha and her fellow witches return to the screen in time for Halloween.

Who Has Been Cast In Agatha: Coven of Chaos?

Like most Marvel properties, the Coven of Chaos team has been tight-lipped about the characters that will be cast in the show. Still, a slew of new stars have been confirmed to share the screen with Hahn over the past few weeks. One of these new cast members is Heartstopper star Joe Locke, a casting choice that has driven fans wild with speculation. While his exact role in the show has not been confirmed, many fans have speculated that he could be playing an older version of Wanda’s reality-bending son, Billy.

Parks and Rec alum Aubrey Plaza has also been confirmed as part of the Coven of Chaos cast, and much like with Locke’s role, we’re yet to get any hints as to who she could be playing. According to recent reports, Orange Is the New Black stars Ali Ahn and Maria Dizzia are also set to join the cast in unknown roles, though rumors among fans have them tipped to play witches, potentially part of Agatha’s original coven. Saturday Night Live star Sasheer Zamata has also reportedly joined the Coven. Like the other recent casting announcements, Zamata’s role in the show has not yet been confirmed.

Now for who’s actually confirmed, WandaVision star Emma Caulfield Ford will be back, reprising her role as Westview resident Dottie, and though the exact nature of this reprisal is unknown, we’re still excited! Interestingly, Dottie is also known as Sara Proctor, which is the name of a real-life witch imprisoned during the Salem Witch Trials in 1692. Could this be a hint to Dottie’s trajectory in the MCU going forward? We will have to wait and see. In a chat with Entertainment Tonight, Ford teased that Dottie “could probably level up her personal life a little bit.” Adding, “I don’t know what I am. Maybe I’m fabulous.”

Related:Elizabeth Olsen Explains Why Wanda Doesn’t Search For Vision in ‘Doctor Strange in the Multiverse of Madness’ [Exclusive]

Does Agatha: Coven Of Chaos Have A Trailer?

Unfortunately, we don’t have a trailer for Coven of Chaos just yet. During the 2022 SDCC panel, Marvel did release the new and improved logo along with the unveiling of the new title. As filming progresses on the show, we can expect to learn a little more about the general plot and roles of the cast through set photos and cast interviews. Until then, we will wait with bated breath for a glimpse of Hahn and the gang in their roles. In the meantime, why not check out the video for “Agatha All Along”, if you haven’t already:

Who Is Making Agatha: Coven of Chaos?

WandaVision creator and executive producer Jac Shaeffer returns as the writer and director for Coven of Chaos, but much like the casting of the show, the creators behind the scenes are also being kept under wraps. WandaVision director Matt Shakman has not been attached to the project yet, but we can expect executive production from Marvel head honcho Kevin Feige. We will have to wait a little longer to find out just who is working on the spinoff series. But, if the production of WandaVision is anything to go by, we can expect a few different writers attaching their names to each episode.