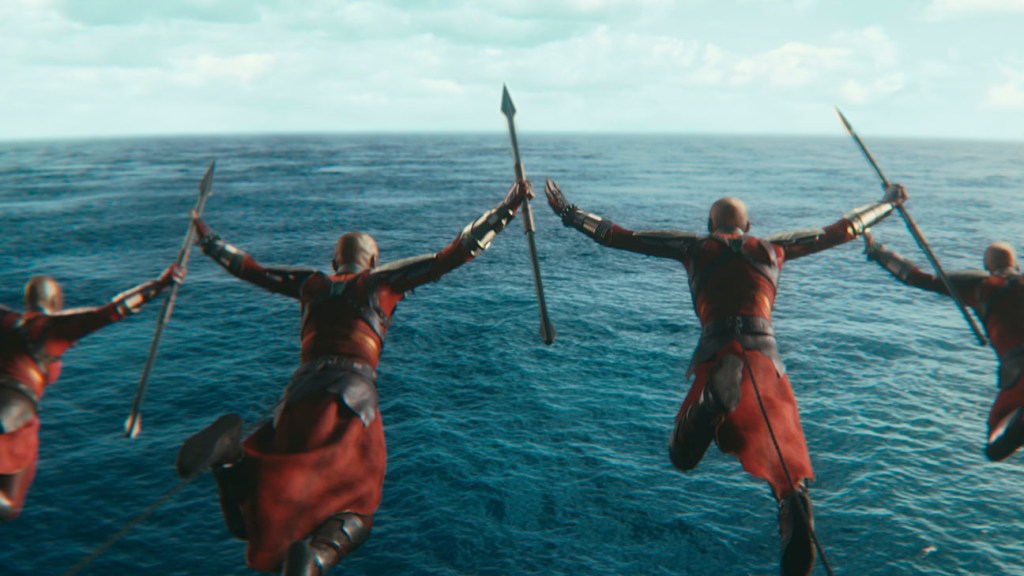 Ryan Coogler’s Black Panther: Wakanda Forever has bounded past the $400 million mark at the global box office before heading into its second weekend.

The Marvel Studios and Disney tentpole finished Wednesday with a domestic cume of $213.2 million and an international tally of $187.2 million for a worldwide total of $400.4 million. Wakanda Forever began opening in select international markets Nov. 9.

The sequel launched to $181 million in North America last weekend, a November record. It was also the second-biggest box office debut of 2022 so far, behind fellow Marvel Studios’ pic Doctor Strange in the Multiverse of Madness ($187.4 million). The film’s strong performance helped propel the Disney empire past $3 billion in global ticket sales earlier this week.

Wakanda Forever is expected to remain a powerhouse throughout the Thanksgiving holiday, which is one of the busiest moviegoing corridors of the year.

In regards to this weekend, the Black Panther sequel will easily stay atop the worldwide chart. Domestically, it is expected to gross at least $70 million-plus, which could put its worldwide gross at $550 million or more by the end of Sunday.

New wide offerings this weekend at the domestic box office include Searchlight’s epicurean horror-comedy The Menu, which is tracking to open in the high single-digits. The prospects for Universal’s adult drama She Said, which chronicles The New York Times exposé of Harvey Weinstein, are more muted.

At the specialty box office, new entries include MGM and United Artists’ Bones and All, which will open in select cinemas Friday before expanding nationwide on Thanksgiving Eve.