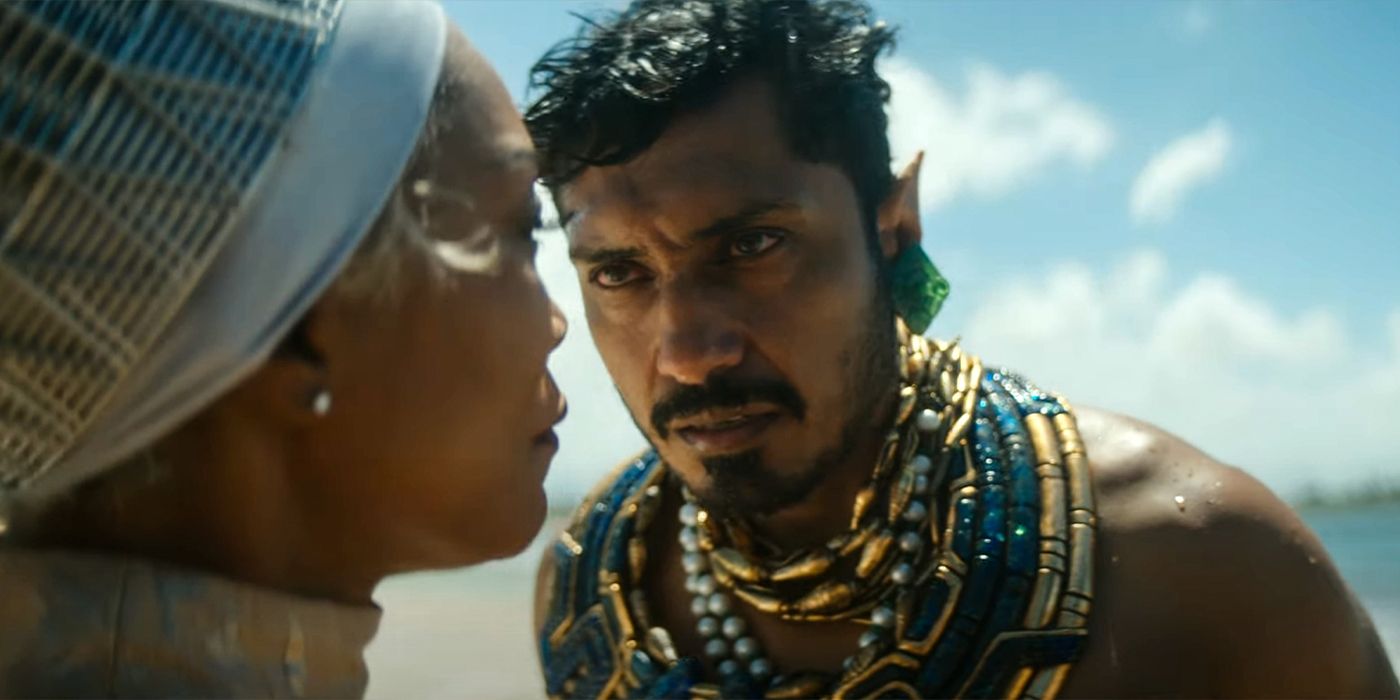 Black Panther: Wakanda Forever star Tenoch Huerta was swimming in a sea of Namors at the world premiere of the upcoming Marvel Cinematic Universe film.

The official Marvel Entertainment Twitter account shared a video of Huerta being swarmed by several fans dressed as his Wakanda Forever character Namor at the film’s world premiere. The footage shows the actor, with a massive smile on his face, posing for pictures with fans and applauding their fantastic cosplay costumes. After years of Easter eggs and teasers in MCU films, Namor will make his official debut in Black Panther: Wakanda Forever as the leader of the Aztec-inspired underwater world, Talocan.

While marketing has suggested that Namor will be Wakanda Forever‘s primary antagonist, Huerta has insisted that his character should be seen as an anti-hero and not a villain. “Latin-Americans are always the bad guys in Hollywood movies. And now we are the heroes — or an anti-hero, in this instance,” Huerta said. The Bill Everett-created character, who has appeared in Marvel Comics since 1939, is known for being one of the first anti-heroes in comic books, having repeatedly fought alongside or against the Avengers and the X-Men. Black Panther: Wakanda Forever‘s official synopsis has also hinted at Namor being both an ally and an enemy of Wakanda.

Wakanda Forever Will Make a Splash at the Box Office

Black Panther: Wakanda Forever is currently tracking to earn $175 million at the domestic box office in its opening weekend, which would be the second-best opening weekend for a 2022 Marvel film after Doctor Strange in the Multiverse of Madness ($187.4 million). However, some box office analysts have suggested that the film could gross upwards of $225 million during its theatrical debut, which would beat the $202 million mark set by the first Black Panther film in 2018.

“Queen Ramonda, Shuri, M’Baku, Okoye and the Dora Milaje fight to protect their nation from intervening world powers in the wake of King T’Challa’s death,” reads the official synopsis for Black Panther: Wakanda Forever. “When Namor, king of a hidden undersea nation, alerts them to a global threat and his disturbing plan to thwart it, the Wakandans band together with the help of War Dog Nakia and Everett Ross and forge a new path for the kingdom of Wakanda.”