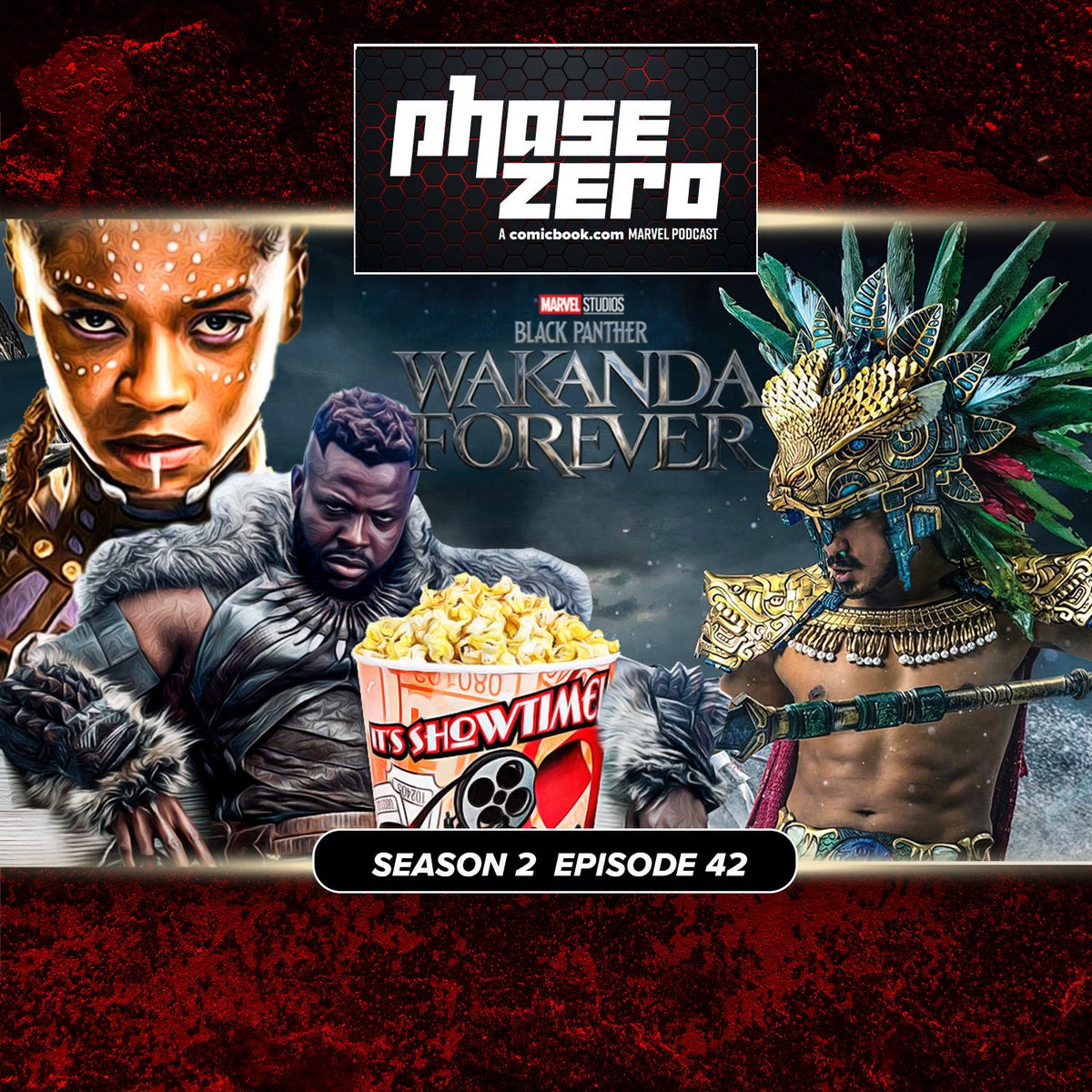 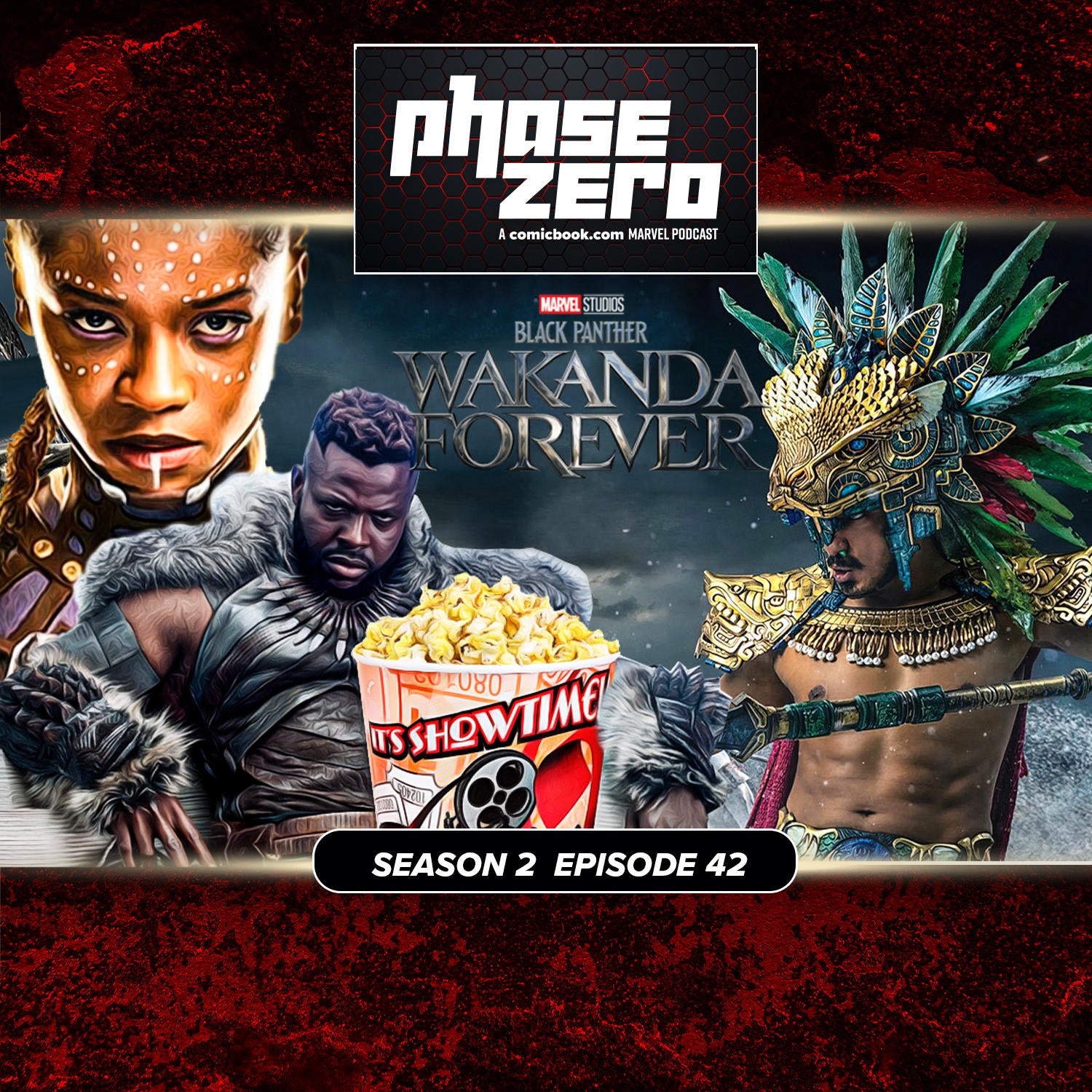 Following the world premiere of Black Panther: Wakanda Forever, the Phase Zero team has their reactions to the final film in Phase 4 of the MCU. BD and Aaron were at the premiere, which sets Jamie and Jenna up to ask a few questions about that Hollywood experience and the quality of the film. Full reviews for Black Panther: Wakanda Forever remain under embargo but initial, spoiler-free reactions are fair game! Following a video posted late on Wednesday night after the premiere, Thursday’s live show started with a full-on Wakanda chat.

For the past two weeks, Phase Zero has been recording special episodes. Two weeks ago, Werewolf by Night director Michael Giacchino and She-Hulk executive producer and writer Jessica Gao joined the show for deep dive interviews. Last week, the Phase Zero hosts revealed their rankings for all of the Disney+ shows Marvel Studios has offered throughout Phase 4. This means that the latest episode of Phase Zero covered the delays to Phase 5 and Phase 6 movies, some big MCU casting news, and rumors about upcoming Special Presentations.

Why is Phase Zero the Best MCU Podcast ever?

The Phase Zero podcast capped off an exciting freshman year in 2021 and is not slowing down late into 2022. In its first episode, the Phase Zero show revealed its mission to be creating a fun and positive community of Marvel fans, getting fans an opportunity to interact with members of the Marvel Studios family, and providing exclusive insights from hosts and celebrity guests. All of those boxes have been checked and more, with more than 1.2 million listeners across all platforms in 2021!

Throughout 2022, Phase Zero has continued to innovate its content and provide a fun, welcoming environment for all fans. Exclusive interviews with Moon Knight executive producer Grant Curtis, Marvel Studios prop master Russell Bobbitt, Doctor Strange in the Multiverse of Madness costume designer Graham Churchyard, and Venom director Ruben Fleischer have been featured in Season 2, along with a trivia episode, a dive into plot holes, and anticipation rankings! She-Hulk stars have also appeared on Phase Zero, including Madisynn actress Patty Guggenheim, Pug himself Josh Segarra, and Holden Holliway actor Steve Coulter.

Phase Zero invites you to celebrate all things Marvel, hosting a weekly conversation of theories, speculation, and exclusive interviews and insights. It’s the number one spot for MCU fans, welcoming those new to it all and those who think they know it all! New episodes are recorded live on Youtube every Thursday at 12pm ET before being made available on Apple Podcasts, Spotify, Stitcher, iHeartRadio, and wherever podcasts can be found. For updates regarding the Phase Zero podcast, follow the official Phase Zero account on Twitter!