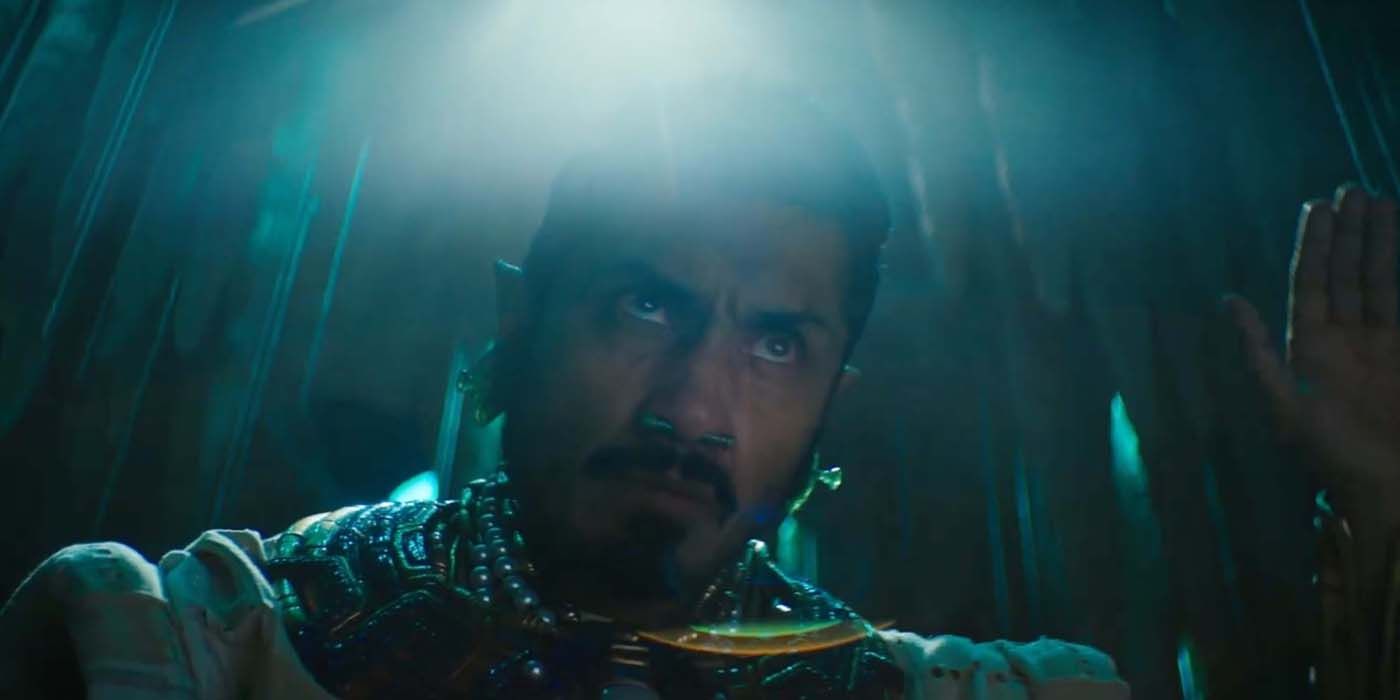 Tenoch Huerta’s Namor the Sub-Mariner makes himself known in a clip from Black Panther: Wakanda Forever.

The clip, which was shown on Jimmy Kimmel Live!, begins with Namor admiring Wakanda and praising both the air and water, revealing to a battle-ready Queen Ramonda and Shuri that his mother told stories of a similar place. After being asked by Namor what reason would Wakanda’s people have to reveal their secret to the world, Ramonda angrily demands to know who this mysterious visitor is. “I have many names,” the Emperor of the Deep replies as the clip comes to an end. “My people call me Kukulkan. But my enemies call me Namor.”

Regarding his portrayal of the Marvel Comics anti-hero, Huerta explained why the Marvel Cinematic Universe version of Namor rules Talocan and not Atlantis, saying, “You can take Atlantis from Greek myth, or you can adapt from a real culture.” Additionally, Huerta stated that Namor sees T’Challa revealing the truth about Wakanda to the world as a problem for Talocan, a plot point that the clip alludes to. However, despite being from Talocan instead of Atlantis, Huerta confirmed that Wakanda Forever‘s Namor is still a mutant like in the comics, though neither director and co-writer Ryan Coogler nor Marvel Studios President/Marvel CCO Kevin Feige have discussed this aspect.

Namor Is Coming for the MCU

MCU veteran and M’Baku actor Winston Duke also delved into Huerta’s take on Namor, giving a reason why the character shouldn’t be seen as a faux Aquaman. “In our version, it feels a lot more real than fiction,” Duke noted. “In the MCU fashion, we’ve grounded it in real cultural significance and cultural traditions. You see the Latinx contingent that is present visually. Ryan Coogler’s creation within the Marvel cinematic landscape is one of deep honor and connection to real stuff. So I think a lot of people are gonna see themselves represented.”

Ironically, Huerta initially didn’t know he was cast as Namor in Wakanda Forever thanks to a Zoom call that went bad. As Huerta recalled, he was speaking to Coogler, who was giving the actor vague details before their connection was disrupted and the call froze for a short time. “Then he was back and he asked me, ‘What do you think?’ I said, ‘Yes, thank you!'” Huerta concluded. “It wasn’t until my team called me the next day that I found out he was offering me Namor. I was like, ‘Holy shit!'”