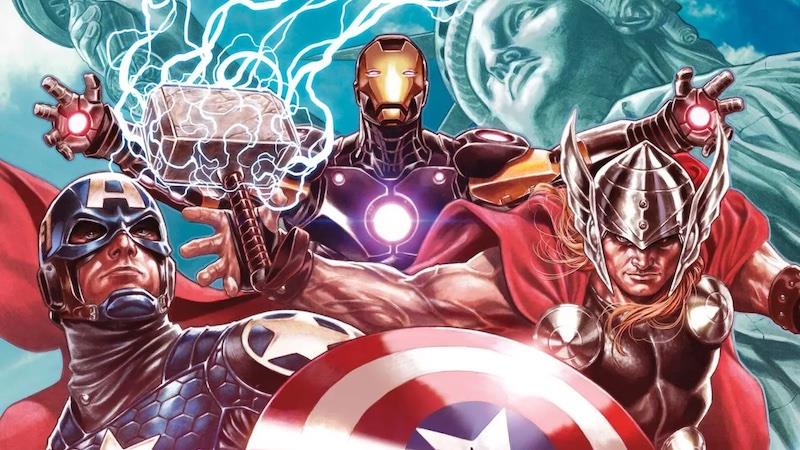 The greatest army of heroes ever assembled go to war against the deadliest group of villains who’ve ever lived in an epic story so monumental it can only come from the mind of superhero visionary Jason Aaron. Avengers Assemble will close out his nearly five-year run on Avengers with a breathtaking crossover between that title and Avengers Forever.

The saga officially kicks off in next month’s Avengers Assemble Alpha #1 where Aaron will be joined by superstar artist Bryan Hitch. In that, we’ll witness the start of a conflict beyond all imagination; a grand battle that stretches from the dawn of time when Earth was protected by the Avengers of 1,000,000 BC to the twilight of all reality and everything in between.

At Infinity’s End stands Avengers Tower, and it’s fallen under assault by the ultimate forces of evil including the Multiversal Masters of Evil and Mephisto. The Avengers fans know and love will unite with heroes from the past, future, and far reaches of the multiverse to defend Avengers Tower and the fate of Marvel history as we know it.

Can they work together? And will their power be enough to prevent the end of all that is?

Now, we can get our first glimpse at this awe-inspiring showdown as well as some of the characters who will be fighting on the frontlines of it in a trailer for Avengers Assemble that also features never-before-seen artwork.

“Four years of Avengers stories. Threads from really every major series I’ve worked on throughout my last decade and a half at Marvel, from Ghost Rider to Thor. It all leads to this,” Aaron teases. “The biggest Avengers story I could possibly imagine.”

“Featuring a cavalcade of characters from across creation. And I’m so deeply thrilled and honored that it all kicks off with an oversized Alpha issue that’s being drawn by the legendary Bryan Hitch, who I’m getting to work with here for the very first time. Avengers Assemble. Say the words like a prayer. It’s the only thing that can save you.”

Check out the trailer ahead of Avengers Assemble‘s launch on November 30 below.