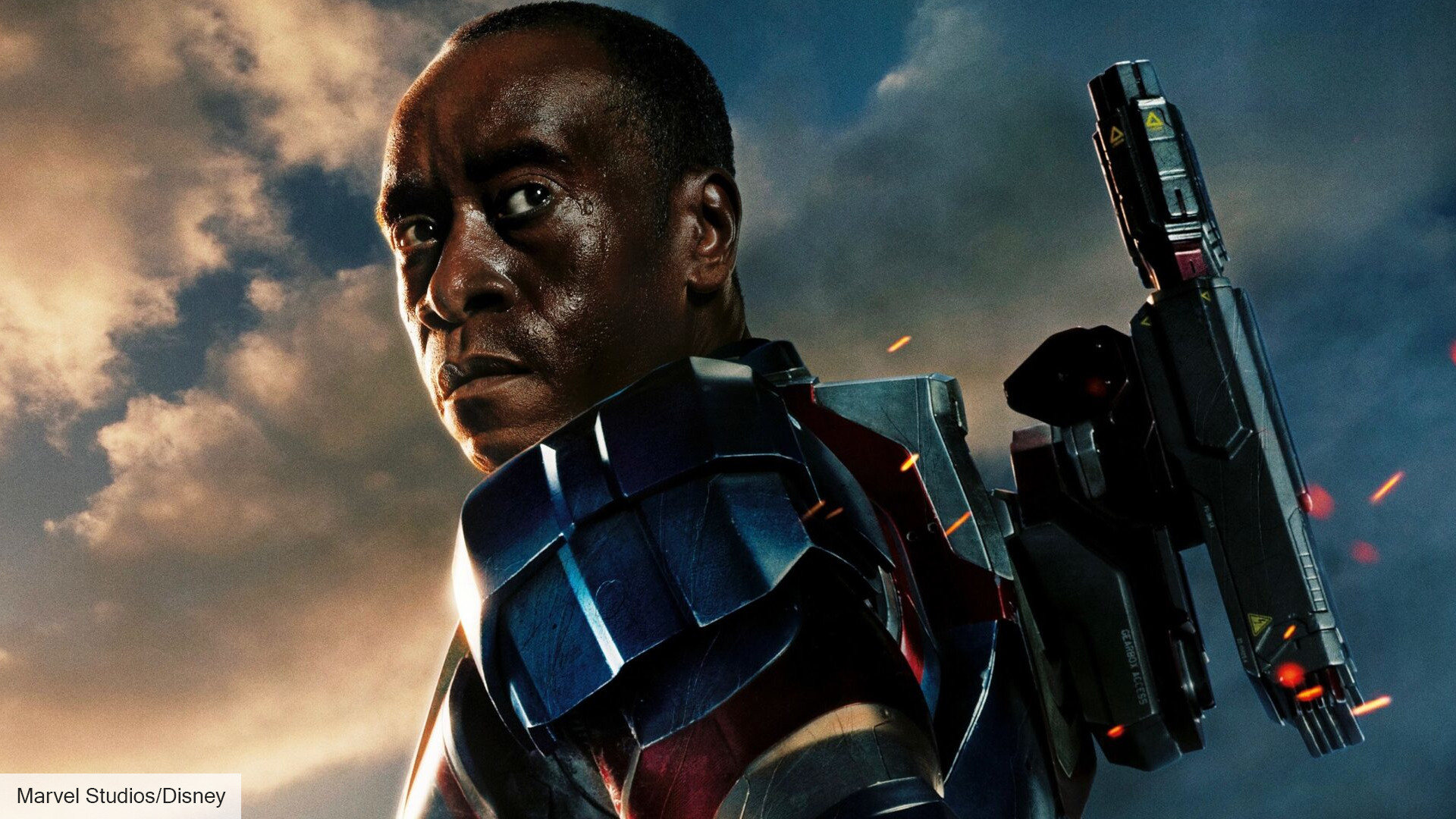 What is the Armour Wars release date? Fans of the MCU rejoice because a new Marvel movie featuring a fan-favourite character has been confirmed and is heading to the big screen. Don Cheadle is officially getting ready to strap into his metal flying suit once again for an all-new adrenaline-filled adventure.

That’s right, after making his debut as the character of Colonel James ‘Rhodey’ Rhodes in the Iron Man cast of Iron Man 2 back in 2010, Cheadle is getting his own superhero movie. And, we don’t know about all you other Stark Industry enthusiasts, but personally, we can’t wait to see the Colonel kicking butt and back in action.

However, with a slew of other Marvel films heading our way, you may be wondering where does Armour Wars fit exactly in the MCU Timeline. Well, The Digital Fix has searched high and low to bring you all the answers. Here we go through the Armour Wars release date, plot, cast and more – and deliver all the intel that you need to know about War Machine’s upcoming feature.

Sorry MCU fans! Currently, there is no Armour Wars release date. However, we do know that the earliest time period we can expect the action movie is around 2024.

This is because Armour Wars has been juggling a few balls when it comes to its production. Originally the project was meant to be a Disney Plus Marvel series. But now the story is being re-developed into a full feature film – talk about a turnaround, right?

With this change, it is still unclear when it will arrive on the big screen exactly, but it is unlikely that it will be a 2023 movie since Cheadle will have his hands full with the film Secret Invasion. So a 2024 or 2025 release as part of Marvel Phase 6 is our best bet – keep your eye on this page as more updates come in! 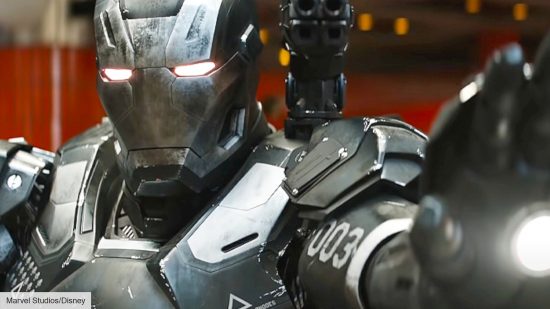 Thanks to an official synopsis released via Marvel, we do have a rough idea of what the Armour Wars plot will look like – and spoiler alert stolen Stark tech is involved.

According to the studio, the story of Armour Wars follows the plotline of “what happens if Tony Stark’s tech falls into the wrong hands? Don Cheadle returns to the role as James Rhodes – AKA War Machine – who must face these tech consequences in this classic Marvel story.”

But while this description does offer us the premise of the upcoming film, let’s be honest, it is pretty shy on the details. No movie villain is named, and the stolen ‘tech’ could be anything from Stark Industries, really. However, after doing some digging, many MCU fans believe that the Armour Wars plot will be based on a seven-issue Iron Man arc of the same name. 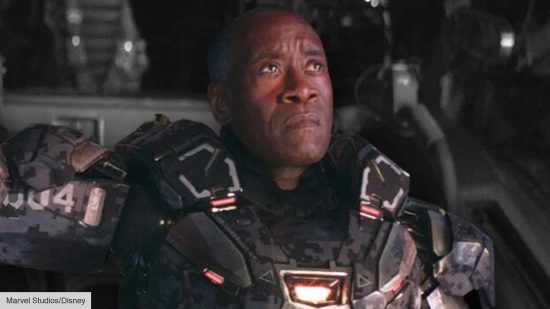 In the comics published between 1978 and 1979, Tony Stark discovers that his technology has been stolen by Spymaster and then sold off to Justin Hammer. Obviously, following the events of Avengers: End Game in 2019, Tony Stark is no longer with us, so Colonel James’ Rhodey’ Rhodes will be taking over the role of the main protagonist if this hunch is true.

We also know that whatever the main plotline will be, Armour Wars will also be telling a story of grief, as James is still coming to terms with his friend’s death and what his next step in life will be.

“[Rhodey is] at a very different place in a way that is something that I can’t talk about, but it’s going to be very surprising to a lot of people,” Cheadle explained in an interview with Phase Zero. 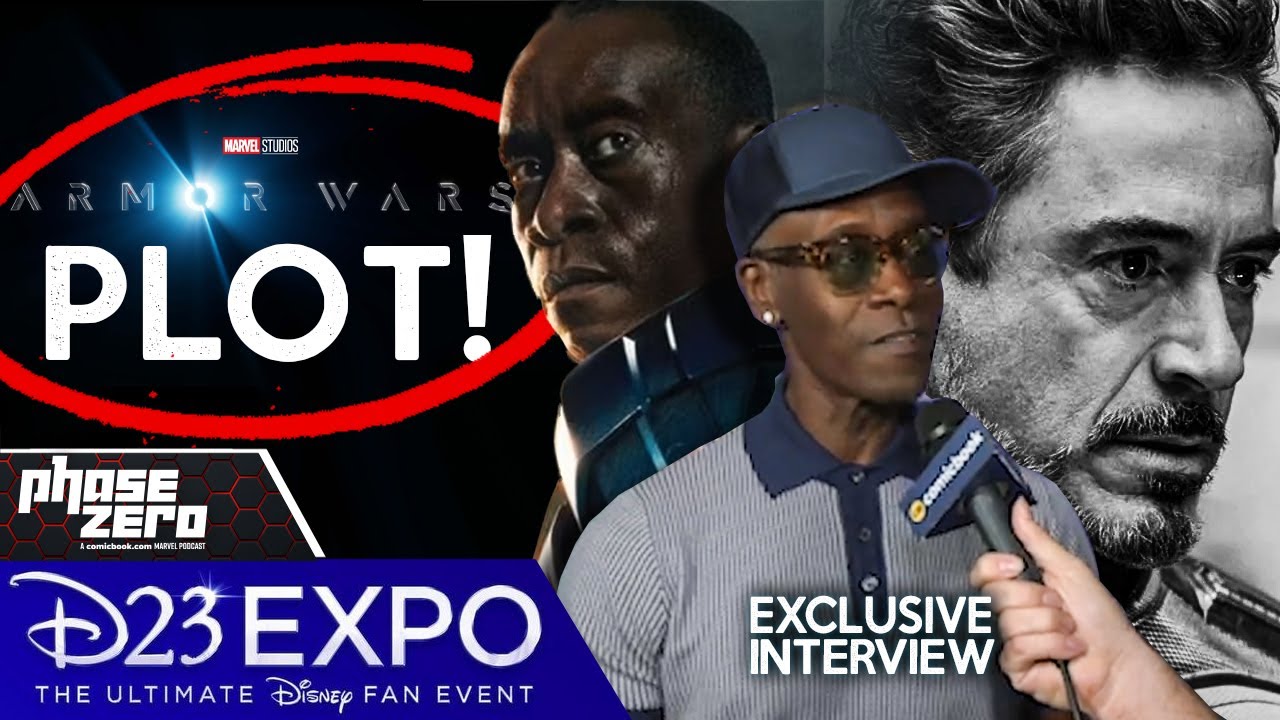 “And the great thing is there’s just going to be so much opportunity to learn a lot about him and for him to learn about himself and for us, hopefully, to really be able to get behind what makes him tick.”

“If you know anything about the lore, and you’ve read the comic books, you understand that it’s a series that was built around Tony’s Stark Tech getting out and Rhodey taking it on to go get this tech back from the bad hands, the bad actors whose hands it is in,” he continued.

So, from Cheadle’s own statement, it looks like the comic book storyline theory definitely has some merit to it. Only time will tell if Justin Hammer is involved or if a new Marvel villain will be making an appearance instead. 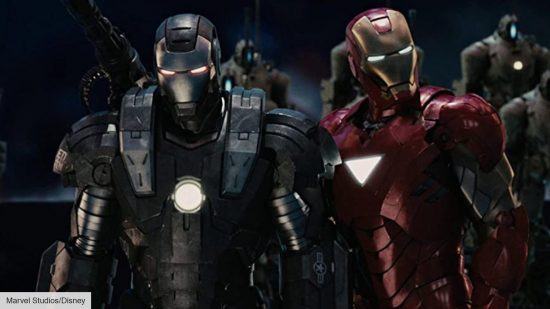 Armour Wars is set to feature a number of MCU alumni in its cast (at least, we hope so). Some names include Don Cheadle as Colonel James ‘Rhodey’ Rhodes, and Walton Goggins, from Ant-Man fame, as Sonny Burch is also expected to make an appearance.

Currently, other names haven’t been disclosed just yet. However, there is tons of speculations going around the internet on potential actors joining the fold.

Many suspect that Sam Rockwell will pop up as Justin Hammer in Armour Wars – who was last seen in Iron Man 2. This is due to the fact that the title of the film is a nod to a certain arc in the comic book that we mentioned earlier, which features the character. 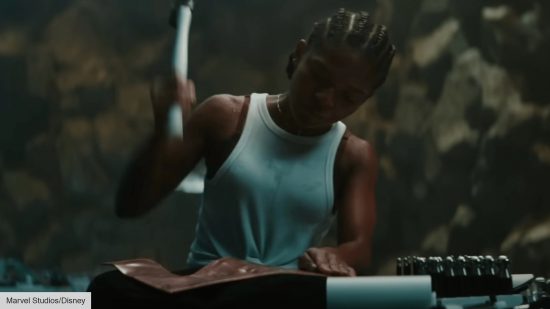 Other possibilities are Dominque Thorne’s Riri Williams. Riri, also known as Ironheart, is Iron Man’s spiritual successor, with an impressive suit of her own, so it would make sense to see her in the upcoming action movie too, right?

And finally, Sharon Carter, played by Emily Vancamp, is another face that could potentially turn up in Armour Wars. She was in the TV series The Falcon and The Winter Soldier – which was also Rhodey’s last appearance in the MCU, back when he was still grieving the death of his friend.

So in short, despite only having Cheadle confirmed as a cast member, there are tons of potential faces heading to Armour Wars. We will keep you posted as soon as official announcements are made.

In the meantime, why not check out our guides to everything we know about the Ant-Man 3 release date and Marvel Phase 5.