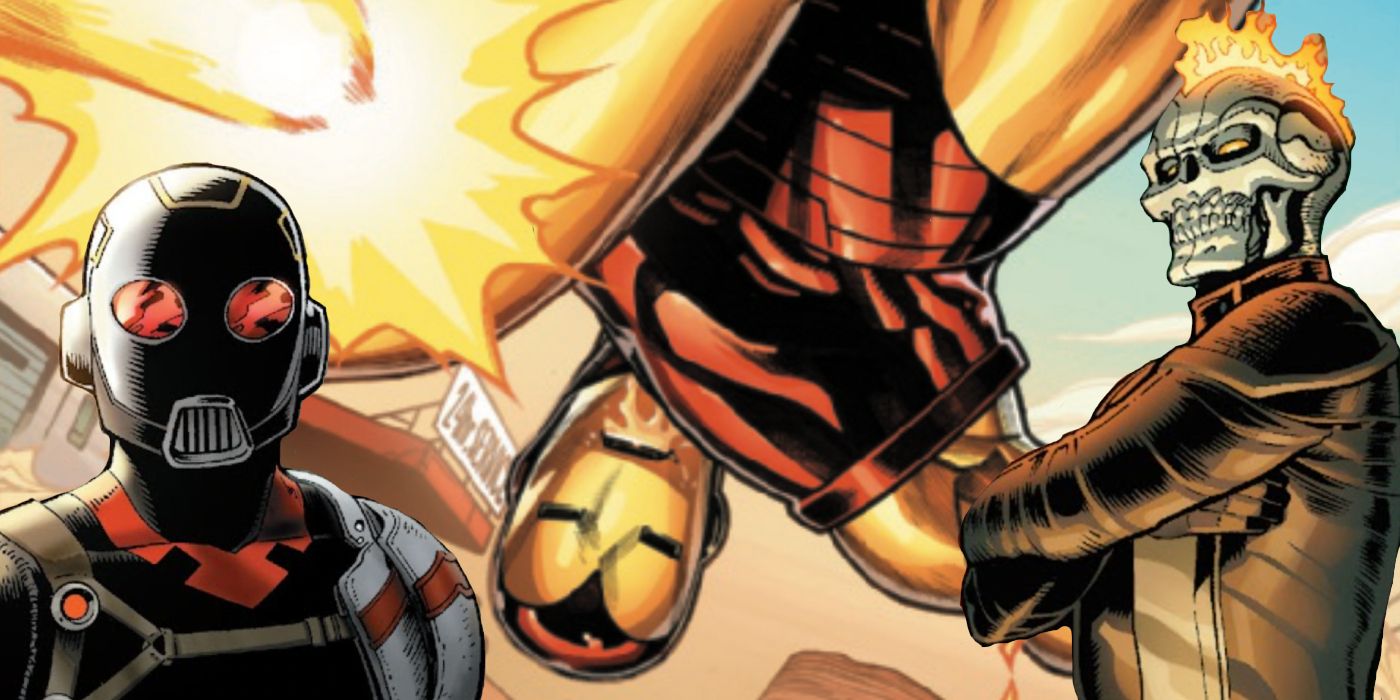 Ant-Man and Ghost Rider are on their way towards a lethal encounter with another tragic version of Iron Man from across the Multiverse.

Iron Man is about to have his life cut short by two of his fellow superheroes in a CBR exclusive preview of Avengers Forever #10.

Avengers Forever #10 by writer Jason Aaron (Avengers, Punisher) and artist Jim Towe (Youngblood, Spider-Man/Deadpool) finds Robbie Reyes, aka Ghost Rider, and a version of Tony Stark from across the Multiverse racing against an exceptionally unwelcoming Iron Man. Though this Tony’s variant and Robbie try everything they can to get the armored Avenger to listen to them, he instead makes his best attempt to flee — with fatal results.

Avengers Forever introduced the variant Tony Stark, who hails from Earth-818 and is better known as Ant-Man, alongside a sprawling story set across the Multiverse. With the threat of Mephisto’s interdimensional Council of Red growing ever more dire, Earth’s Mightiest Heroes have joined forces with a rogue Deathlok in the hopes of staving off total annihilation. Along the way, Avengers Forever has introduced a slew of all-new takes on iconic Marvel heroes, from alien Black Panthers and an entire army of Carol Danvers to a Thor, the God of Fists character. Despite the obvious differences between these variants, few have decided to shy away from the upcoming war against Mephisto’s army.

RELATED: The Avengers Get the Biggest Helicarrier Ready For Their Deadliest Battle Yet

Avengers Forever #10 is also slated to give the Ant-Man Tony his own version of writers Bob Layton and David Michelinie’s classic 1979 “Demon in a Bottle” storyline. The original story followed Tony’s battles with alcoholism, setting a powerful precedent for the hero’s future. Although the Ant-Man version of Tony hasn’t had his past explored in nearly as much depth as his primary Marvel Universe counterpart, the issue’s cover points towards some familiar struggles making their way back to the surface.