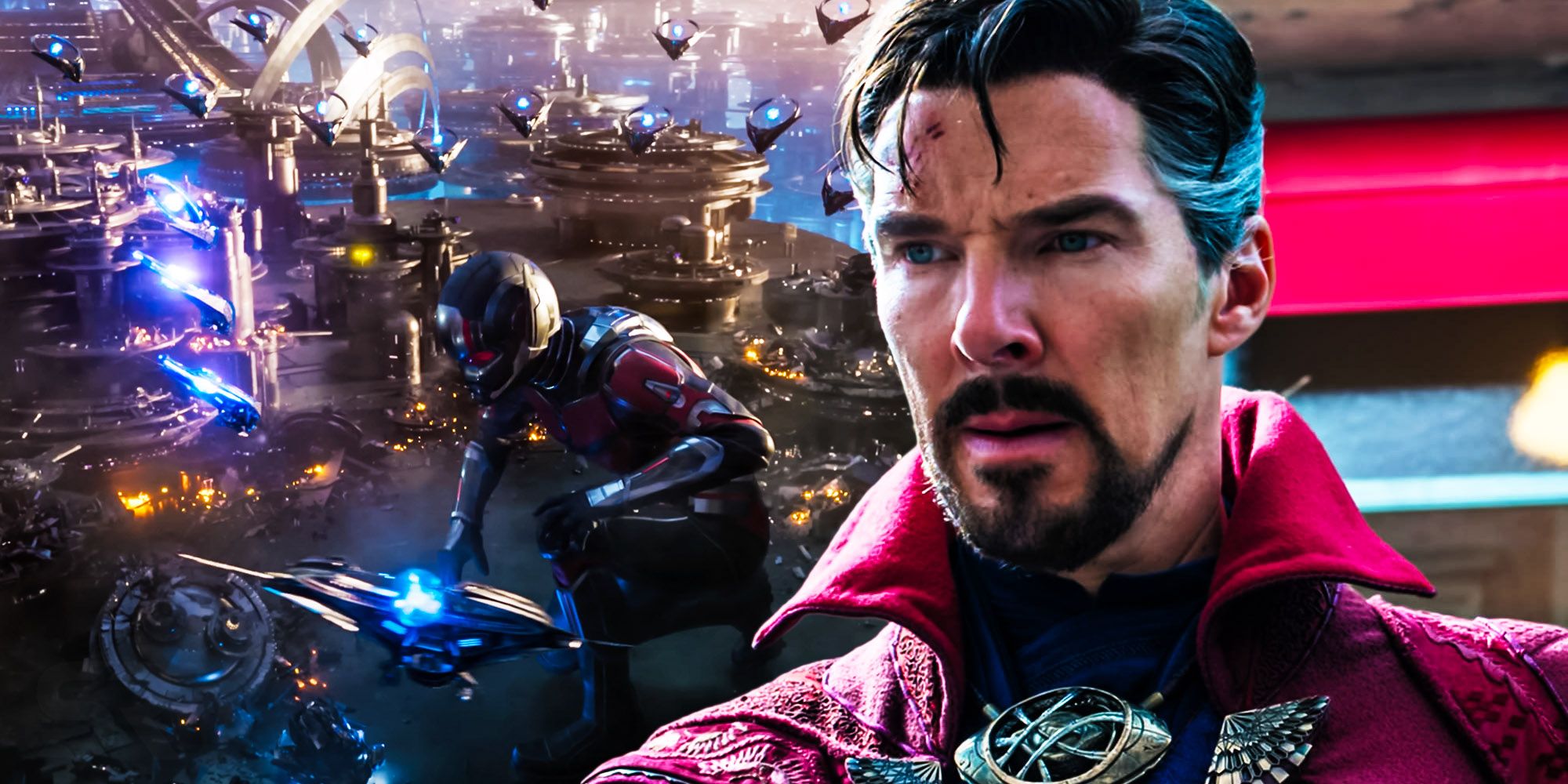 Doctor Strange 2 promised audiences a significant look into the multiverse, but it didn’t happen. Ant-Man 3 promises to fix this issue, however.

Ant-Man and the Wasp: Quantumania’s teaser trailer offered a deeper peek into the multiverse, promising to fix an issue left by Doctor Strange in the Multiverse of Madness. Stephen Strange’s second solo MCU film was criticized for not making the most of its multiverse premise. After Doctor Strange 2‘s official trailer was released, it seemed the movie would visit a number of realms across the multiverse. However, while it briefly showed them in multiple worlds, Earth-838 was the only new world actually explored in the film. Although the multiverse has been widely considered “a realm of infinite possibilities,” Doctor Strange in the Multiverse of Madness didn’t live up to that promise.

Led by Scott Lang, Ant-Man 3′s Elton John-infused trailer helps to fulfill the multiverse promise by introducing a slew of new, crazy worlds. Viewers are given the impression that the main characters will journey through multiple realms. Initially, the first two Ant-Man movies only gave audiences a tease of what life inside the Quantum Realm was like, but this time, the microscopic world feels much bigger. The third film’s “Quantumania” subtitle suggests that Ant-Man may further his learning with quantum physics and discover new, ridiculous capabilities of his iconic superhero suit. It also seems Scott and his family will visit new universes, large or small, which, in turn, helps to continue the expansion of the ever-growing multiverse.

How Many Worlds Are In Ant-Man 3’s Trailer?

The teaser for Ant-Man and the Wasp: Quantumania introduced four or five different worlds as part of the larger exploration of the Quantum Realm. Upon their arrival, Ant-Man and his daughter, Cassie Lang, stand beside one another in a world consisting of a fragmented landscape littered with floating chunks of rock. Multiple beams of bright orange energy shoot down from dark, purplish clouds that surround them. Later in the trailer, Janet van Dyne and her husband Hank Pym stride through a realm that resembles a jungle made up of various fungi species and thick, colorful plants all around. On possible third world, a hooded figure is seen kneeling beside large spiral-like clouds, overlooking a light shooting through the sky, similar to fireworks.

As part of what looks like a fourth world, Kang the Conqueror appears in the trailer, powering up a strange machine within a massive city he built in the microverse, a city that is almost certainly his Chronopolis from the comics. Every building in the city is designed with a ring-like structure, which some have speculated might somehow tie back to the Mandarin’s Ten Rings introduced in Shang-Chi. There will likely be even more to the Quantum Realm than what audiences saw in the teaser, as Marvel often holds things back from its trailers so as not to spoil.

The third Ant-Man movie is set to explore more of the Quantum Realm and other worlds while Avengers: The Kang Dynasty and Avengers: Secret Wars will expand upon what audiences saw in Doctor Strange 2. One challenge Ant-Man 3 creates for the upcoming movies is differentiating these worlds and ensuring that the stories within the MCU—those on Earth and in the multiverse—end up making sense. It will be interesting to see if Ant-Man’s Quantum Realm and the multiverse will continue to be treated like two separate entities in the MCU or if they’ll be framed as part of a whole. Hopefully, its story will be streamlined and Marvel’s plan of expanding its stories to other universes won’t become a convoluted mess. If Ant-Man and the Wasp: Quantumania gets it right, it can fulfill the promise started by Doctor Strange in the Multiverse of Madness.