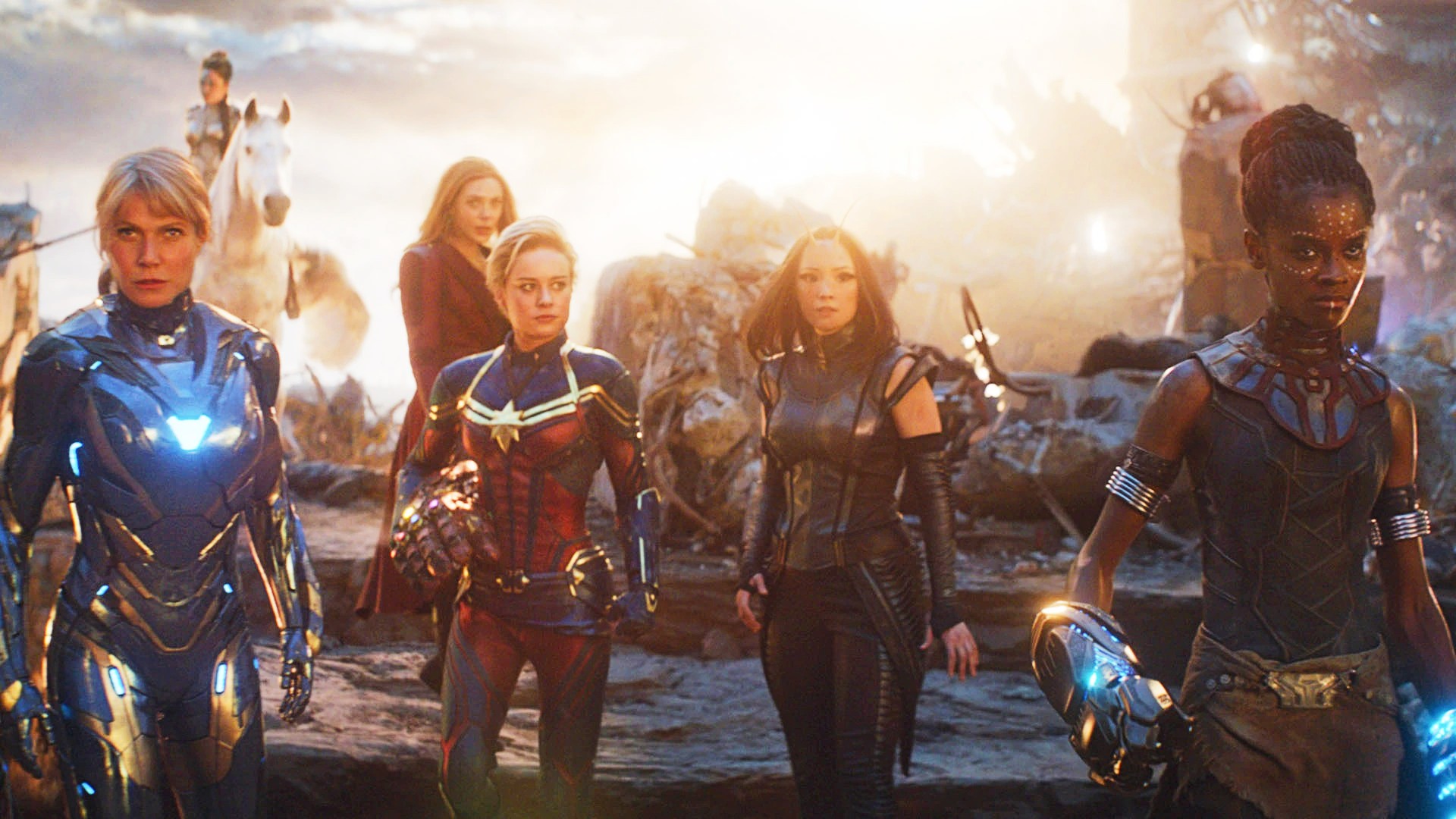 Evangeline Lilly says she wants an all-female Avengers movie to happen, and she wants to be a part of it.

By Britta DeVore
| Published 2 hours ago

While both Avengers: Infinity War and Avengers: Endgame were filled with some very goosebump-worthy scenes, there was a specific moment in the latter that had audiences clapping, cheering, and nearly jumping out of their seats. The popular clip in question saw a slew of female Avengers step forward, preparing to take on Thanos with all their might, and, because of its popularity, we may be getting a movie centered around the A-Force sometime in the future. At least, that’s what Ant-Man and the Wasp star Evangeline Lilly would like to see.

During an interview with CinePop, the actress who plays Hope Van Dyne aka the Wasp in the Ant-Man films, shared her hopes for a female Avengers movie to take form. “Yes! I would like to be on it,” the Ant-Man and the Wasp: Quantumania star said, adding that she “would like to make it happen.” Reminiscing on her time filming that iconic and tear-inducing scene in Endgame, Lilly revealed that that day of shooting was “the most special day I’ve ever had. It was maybe tied with the most special day I’ve ever had filming a Marvel movie.”

A sentiment we’re sure that many of her co-stars share, the scene in question sees Brie Larson’s Captain Marvel taking the Infinity Gauntlet out of the hands of an exhausted, battered, and bruised Spider-Man (Tom Holland). The camera cuts to Thanos’ giant army before a slew of female Avengers appear, ready for battle and armed with some iconic lines. Standing (and flying) together, we see some of our favorites like Valkyrie (Tessa Thompson), the Scarlet Witch (Elizabeth Olsen), and Okoye (Danai Gurira) decimate the Mad Titan’s forces.

In what was once a male-dominated franchise, women have been moving towards featured roles in Marvel films in a big way over the last several years. 2019’s Captain Marvel was the first to focus on a female Avenger with Brie Larson’s cosmic character laying the groundwork for future films and television shows. Two years prior in Thor: Ragnarok, we got more of a backstory for Tessa Thompson’s Valkyrie, while since Captain Marvel, we’ve been treated to women-centered stories in projects including WandaVision, Ms. Marvel, and even Doctor Strange in the Multiverse of Madness, which along with the titular time lord, also heavily featured America Chavez (Xochitl Gomez) and the Scarlet Witch.

With the A-Force holding a home within the pages of Marvel comics, it wouldn’t be a major stretch of the imagination to see the group of female Avengers star in their own feature. While many of the original members of the team from the comic books haven’t made their way into the MCU quite yet, names like She-Hulk, Captain Marvel, and America Chavez are connected with the team, making it an easy jump from page to screen. As awesome as it would be to see this come to fruition, we at least know that over the next few years, Marvel has already announced the various directions they plan to take the stories with no A-Force in sight.

As for one of our favorite female Avengers, the Wasp, audiences can soon catch her back in action in the Phase Five kickoff: Ant-Man and the Wasp: Quantumania. The film hits theaters in February and will see the titular heroes along with some other familiar faces as they’re sucked into the Quantum Realm. There, they’ll come face to face with Marvel’s big-bad Kang the Conqueror and will be lucky to escape with their lives.