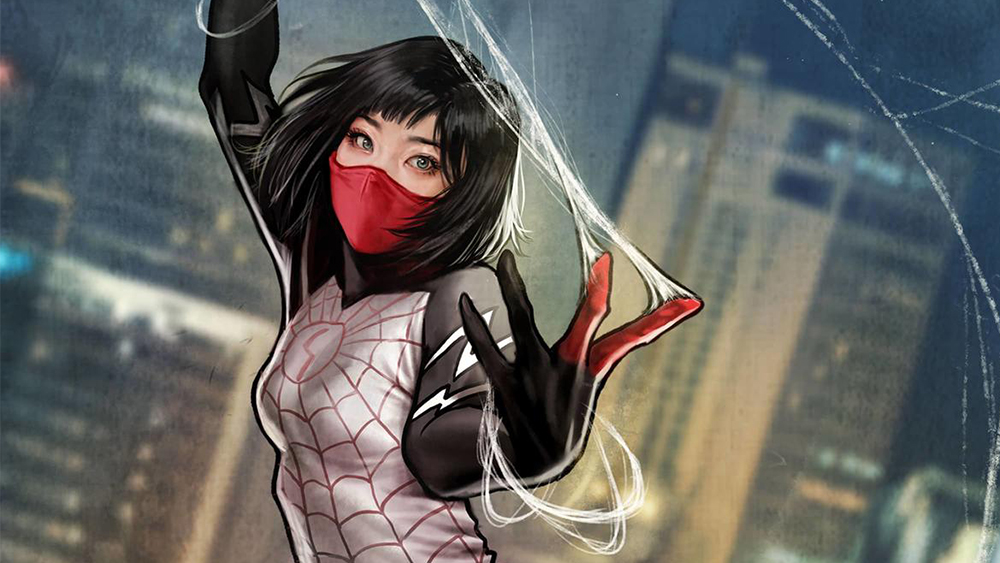 Amazon is officially moving forward with multiple live-action shows based on the Marvel characters controlled by Sony, Variety has learned.

The first series under the deal will be “Silk: Spider Society,” which was developed by “The Walking Dead” showrunner Angela Kang along with “Spider-Man: Into the Spider-Verse” producers Phil Lord and Christopher Miller. Kang will serve as showrunner and executive producer on “Silk” as part of a new multi-year overall television deal she has signed with Amazon. Kang, Lord, and Miller all executive produce along with former Sony boss Amy Pascal. Sony Pictures Television is the studio, with Lord and Miller currently under an overall deal there.

“Silk: Spider Society” will debut domestically on MGM+’s (nee Epix) linear channel followed by a global launch on Prime Video. The show is based on characters created by Dan Slott and Humberto Ramos for Marvel Comics. It follows Cindy Moon, described as “a Korean-American woman bitten by the same spider that bit Peter Parker, as she escapes imprisonment and searches for her missing family on her way to becoming the superhero known as Silk.”

“Amy Pascal, Phil Lord, Chris Miller, and Sony’s recent live-action and animated reimagining of the Spider-Man franchise has represented some of the most dynamic superhero storytelling in film,” said Jennifer Salke, head of Amazon Studios. “Together with Angela Kang’s creative vision, we couldn’t be more pleased to bring ‘Silk: Spider Society’ to our MGM+ and Prime Video customers.”

The “Silk” series and the other shows based on Sony-controlled Marvel characters were originally reported as being in the works back in September 2020. At that time, Lauren Moon was writing “Silk,” while it was reported in 2021 that Tom Spezialy had joined the series as showrunner as part of his own Amazon overall deal.

“We can’t wait to bring the adventures of Cindy Moon to life, thanks to the creative dream team of Chris and Phil, Angela and Amy, along with our partners at Marvel and Amazon,” said Katherine Pope, president of Sony Pictures Television Studios. “We know this exciting series with new and never-before-seen characters and storylines will wow audiences watching first on linear MGM+ and then around the world on Prime Video.”

“Angela is a pro’s pro whose perspective and creativity we greatly respect and admire,” added Lord and Miller. “She’s also a hell of a lot of fun. She loves these characters and we feel really lucky for the chance to work with her to bring Cindy Moon’s story to the world.”

Kang is best known for her work on “The Walking Dead.” She became a writer on the show in 2011 and co-executive producer in 2013. She was promoted to executive producer and showrunner in 2018 beginning with the hit AMC series’ ninth season. “The Walking Dead” is airing its series finale on Nov. 20, with Kang also co-creating a spinoff centered on Norman Reedus’ character, Daryl Dixon. She launched her own production company, Kang & Co Entertainment, in 2020.

She is repped by UTA, Literate, and Johnson Shapiro Slewett & Kole LLP.

“I’m beyond thrilled to be joining the Amazon Studios family for this next chapter of my career,” Kang said. “I look forward to working with the executive team on diverse, character-forward, watercooler shows for a global audience and am so excited to dive in to my first challenge—bringing Korean-American superhero Silk to life on screen.”

It is unknown at this time which other Marvel characters will be featured in the Amazon shows, though Sony currently controls over 900 such characters associated with the Spider-Man franchise.

Sony has released multiple Spider-Man live-action films in the past and currently works with Marvel Studios on the rebooted film franchise starring Tom Holland via Columbia Pictures. Sony is also behind “Into the Spider-Verse,” which won the Academy Award for best animated film in 2019. Two sequels to that film are currently in the works, with the first — “Spider-Man: Across the Spider-Verse” — due out in theaters in June 2023.

To date, Sony has also released the live-action films “Venom” and its sequel “Let There Be Carnage” starring Tom Hardy, as well as “Morbius” starring Jared Leto. A third “Venom” film is currently in development, while Sony is also at work on film versions of characters like “Kraven the Hunter” starring Aaron Taylor-Johnson and “Madame Web” starring Dakota Johnson, among several others.