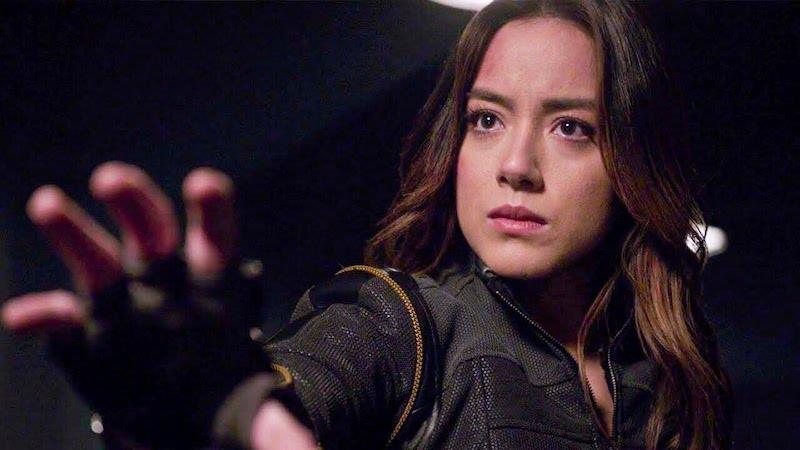 Chloe Bennet was introduced in Agents of S.H.I.E.L.D. as a newly created character called Skye. However, as the series progressed, we learned – in a very convoluted fashion – that she was in fact, Daisy Johnson. As an Inhuman, “Skye” eventually gained superpowers and, like her comic book counterpart, became Quake.

Bennet really shined as that iteration of the character and is someone fans are very keen to see in the MCU. While changes would have to be made to Daisy (we’re guessing she’d be a mutant rather than an Inhuman), there are many franchises Quake would be a terrific addition to.

Rumours have swirled for months that Bennet is set to star in an upcoming Marvel Studios movie or TV show, and while the actress has denied that, she’s created renewed speculation thanks to a recent social media post.

As you can see, she posed with some daisies in her shoe, leading many to wonder if the Agents of S.H.I.E.L.D. alum is cheekily teasing her future as Quake.

One of Twitter’s reliable scoopers has since claimed, “I don’t know the details of [Bennet’s] contract but she’s been signed to Marvel Studios for months.” They’d later add that, while a solo project isn’t planned, Quake is expected to show up in “other projects.”

Looking to the future, Secret Invasion, Captain America: New World Order, and Thunderbolts may be among the most likely possibilities. Nothing has been confirmed at this stage and Bennet may well have just been having fun with the photos she shared, but we can’t help but think something is in the works with this character in the MCU.

Whether that means we can expect to see more Agents of S.H.I.E.L.D.‘s heroes make the leap to this franchise remains to be seen, but we’d sure love to see more of Melinda May!