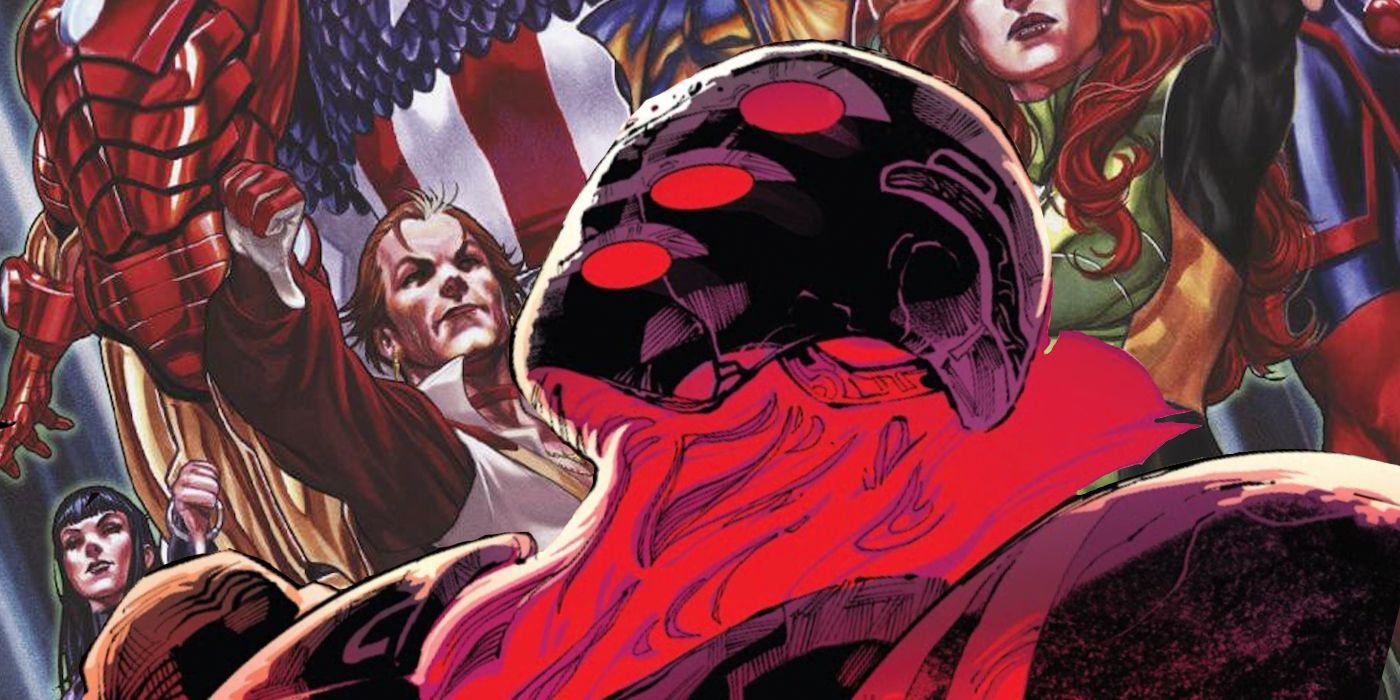 While most of the casualties previously killed by Progenitor are brought back to life in A.X.E.: Judgment Day #6, the issue sees the Celestial claim the life of Sersi.

A.X.E.: Judgment Day #6 comes from writer Kieron Gillen, artists Valerio Schiti and Ivan Fiorelli, color artist Marte Gracia and letterer VC’s Clayton Cowles. In the issue, the Avengers, X-Men and Eternals are all working together to try and defeat Progenitor, the Celestial who formally made up Avengers Mountain but was awoken in Judgment Day #2. Upon his rebirth, Progenitor began examining the planet to see if its inhabitants were truly worthy of existence. Progenitor decided the answer to his query was “no” and brought upon the rapture to the Marvel Universe in A.X.E.: Judgment Day #4; however, Progenitor says the “world is resisting” his verdict in A.X.E.: Judgment Day #6. “I dropped the guillotine, but the planet holds the blade, ignoring the blood running from its palms,” the Celestial narrates.

RELATED: The X-Men Are Going to Start Resurrecting Normal Humans

On a mission to sneak inside Progenitor and shut down its core, Tony Stark/Iron Man, Jean Grey, Sersi and Ajak all have a face-to-face confrontation with the Celestial. When the heroes attempt to convince Progenitor that its judgment is “flawed,” Progenitor insists he’s correct and points to the Eternals’ inability to change as an example. In response, Sersi promptly sends a message to the entire world admitting the Eternals’ immortality comes at a cost of human lives. “I was a fool,” Sersi says. “I have done wrong, and I must make amends. I shouldn’t have hidden from the judgment of humanity. By doing so, I enraged this beastly star god. I should have accepted your judgment, not its. All of Eternals should. Judge us as you wish.”

Humanity doesn’t take kindly to the message, as Progenitor detects the planet’s collaborative thought is that Sersi should die. While Sersi is satisfied in that she proved Progenitor’s assessment of the Eternals is incorrect, the Celestial honors humanity’s wishes and kills her. “Eternals have never died,” Progenitor narrates. “Until now.” Near the end of the issue, the remaining heroes are eventually able to convince Progenitor to undo everything he’s done, which then brings back everyone and sees the Celestial return to being the base of Avengers Mountain. Sersi, unfortunately, doesn’t get to return as Ajak, who ascends to a new godly form following Progenitor’s, defeat calls the fallen Eternal a “martyr for our new church” and a “chance of redemption for our fallen people.”