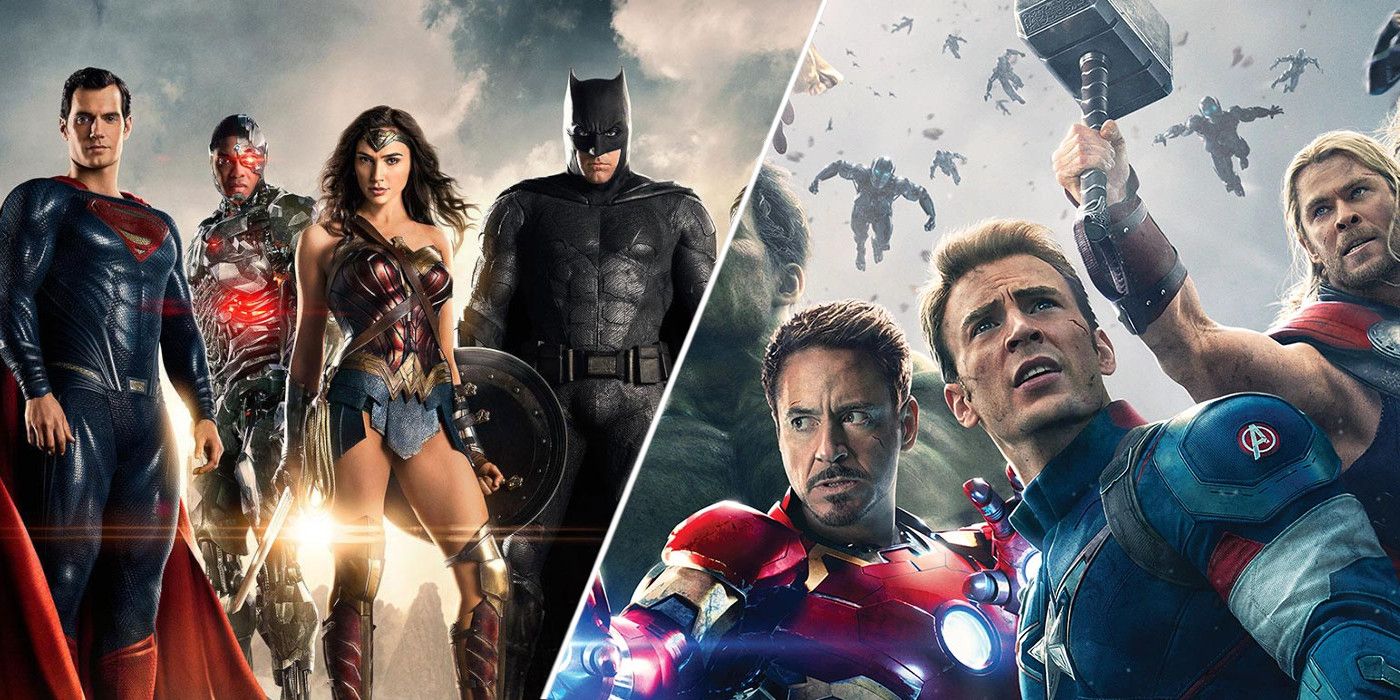 The Marvel Cinematic Universe has dominated the box office and people’s interest for over a decade. The DC Cinematic Universe has had a few successes but has stumbled quite a bit in attempts to keep up with Marvel, prompting a reboot headed by James Gunn, director of the Guardians of the Galaxy movies in the MCU.

RELATED: All 2022 Superhero Movies Ranked, According to IMDb

However, over recent years there has been a growing concern and criticism of the superhero movie genre from legendary directors and fans alike. Martin Scorsese said they aren’t the type of cinema that inspired him to make movies; Quentin Tarantino said they killed the movie star; what was once a bright future for fans now looks cloudy.

Maybe the biggest problem with superhero movies is their sheer quantity in such a short period of time. Sequels are necessary to build a foundation for a universe of movies, but when several fail and don’t build toward a bigger picture, they feel unnecessary.

Recent films like Thor: Love and Thunder, which most fans feel was a huge step back for the character of Thor (Chris Hemsworth), and upcoming sequels for Aquamanand Shazam!feel unnecessary in a clustered universe that is set to reboot.

VFX and CGI are a natural part of almost every big blockbuster that hits the big screen nowadays. Movies like Avatar revolutionized it, and it has been a mainstay in superhero movies. That wasn’t always the case early on, however.

A prime example of this is Robert Downey Jr.‘s Iron Man. Practical effects and props were used in the film that started the MCU: by the time Endgamerolled out, RDJ’s Iron Man suit was entirely CGI. It made sense in terms of the arc of his character, but it took away from the cool aesthetic the original suit had.

With every new superhero movie usually comes new side characters. Unfortunately, most of these new characters feel very forgettable or have little to no impact on the plot. In DC’s new Black Adam, the film boasts favorites such as Doctor Fate (Pierce Bronson), Hawkman (Aldis Hodge), and Atom Smasher (Noah Centineo).

RELATED: 10 Actors Who Have Played the Same Superhero in the Most Movies

All of them are completely forgettable. Doctor Fate is arguably one of DC’s most powerful sorcerers and characters, and he dies. Other movies suffer this same problem, with too many people to remember or even care about.

Specifically, with the emergence of Disney+, the MCU has doubled down on producing content in hopes of introducing more characters and adding more context to events of future movies. However, some of these shows feel out of place, whether because they are one-offs or simply not up to par.

This contributes to the over-saturation problem plaguing superhero movies. Of course, there are successes like WandaVisionand HBO’s Peacemaker, but with the growing list of shows to keep track of, in addition to the movies, it can feel tedious.

Comic book fans go wild when it comes to the representation of characters they love. From the actor’s appearance to personality to dialogue, it’s key for studios to get this right. The start of the MCU nailed it; even DC had some perfect casting choices.

However, in films like Batman v Superman, Batman (Ben Affleck) kills people: that’s a big no-no for most fans. Wonder Woman’s (Gal Gadot) character takes a huge step back in WW84; Thor has become a walking punchline in the MCU, and many fans complain of Hulk (Mark Ruffalo) being “nerfed.” Change is necessary for adapting any story, but these arcs veer so much from the source material that they have nothing that makes their original depictions so charming.

What made movies like Infinity War and Endgame great was the risk factor. There were shocking deaths, and the anticipation to see how the heroes would win added to that wow factor. Unfortunately, superhero movies have become more predictable.

RELATED: Superhero Movies Need to Evolve Beyond the Cameo

There is nothing wrong with following an outline for a story, like the “Hero’s Journey” or similar story structure, but when each plot development and scene become overwhelmingly telegraphed, it becomes less enjoyable.

The dialogue has become borderline unbearable. Many of the spinoff shows have unserious, goofy, predictable ad-lib dialogue. Big-budget blockbusters like Black Adam suffered the worst from this. The dialogue is laden with clichés as well as being poorly delivered.

It’s hard to come up with superb, creative dialogue. If every superhero movie had that, they would be up for “Best Screenplay.” Obviously, that’s a tall order, but there has to be some bar to clear.

Discounting the soon-to-be rebooted DCEU, the MCU has been falling into a trend of adding characters but not forming connections with others, new or old. Shang-Chi (Simu Liu) went with Wong (Benedict Wong) at the end of Ten Rings: he (Shang-Chi) did not show up in Multiverse of Madness.

Characters in Endgame have little to no connection to other characters who are still around. It felt like Iron Man, Thor, and Captain America (Chris Evans) were connected even before the first Avengers film precisely because other characters would appear in the after-credit scenes.

The DCU is in free fall as new studio head James Gunn attempts to reboot the entire cinematic franchise; needless to say, the DCEU won’t look complete for quite some time. However, many fans have also been questioning Marvel’s plan moving forward.

Despite the announced two-part Kang Dynastyand Secret Warsprojects (which have since been delayed), iconic characters such as Doctor Doom have yet to be seen, let alone getting a casting announcement. Hopefully, Kang’s (Jonathan Majors) introduction inAnt-Man and the Wasp: Quantumania will give the MCU a clear villain to rally against and ease fan worries.

The single biggest issue with superhero films has to be the ease with which villains are dispatched from the films. Relatively minor villains like Iron Monger, or Obediah Stain (Jeff Bridges), are fair game to pick off. Getting rid of Ultron, one of The Avengers’ strongest villains, after one movie can pose a problem down the line.

RELATED: How ‘The Dark Knight; Nailed Having Two Villains

The same goes for other highly regarded villains like Kilmonger (Michael B. Jordan). Surely there is a workaround to keep these villains alive so that they can be brought back or be a threat later on? While the performances are great and memorable, it feels like it’s a waste to get rid of them early.

10 Best Superhero Movies of All-Time, According to Rotten Tomatoes