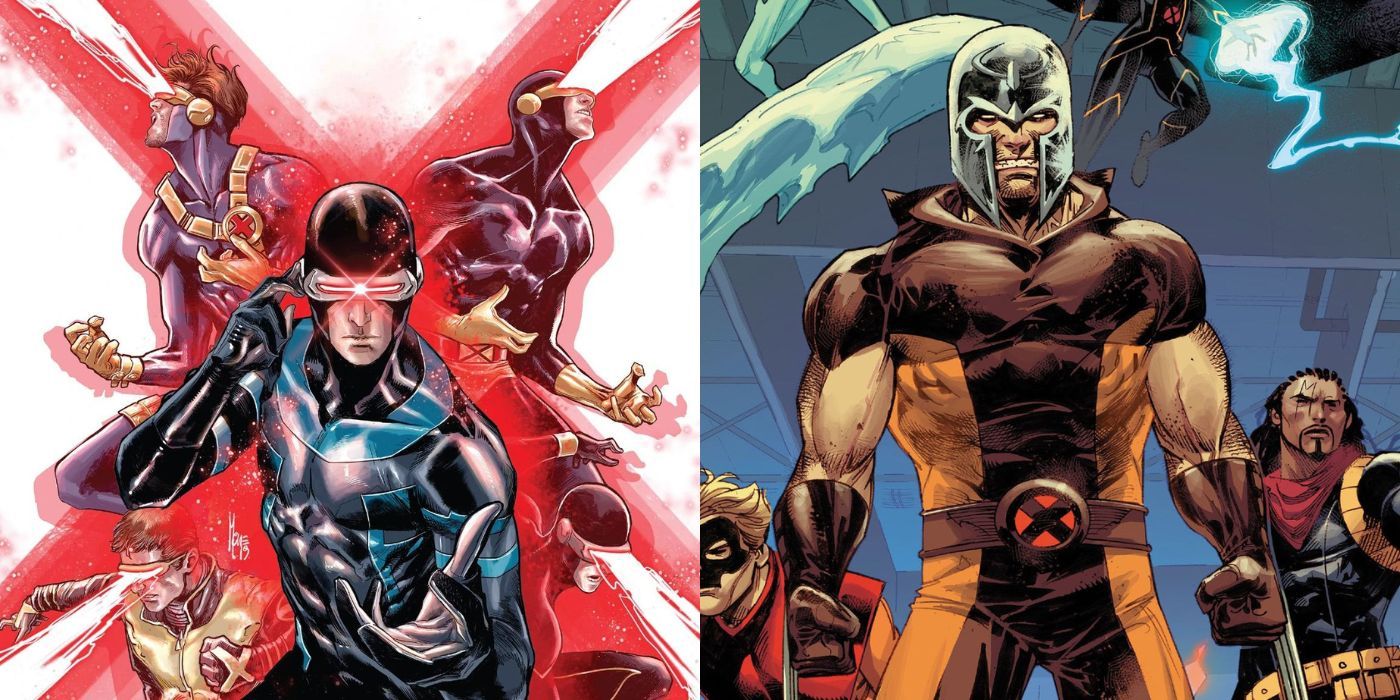 While the X-Men have yet to make their way to the Marvel Cinematic Universe, fans are still excited about the release of X-Men ’97 in the Fall of 2023. After all, the project will finally bring fan-favorite mutants back on screens everywhere and will even revive a beloved cartoon.

Yet there’s one thing that both the X-Men movies and The Animated Series failed to show. The long-time leader of the X-Men, Cyclops, is considerably stronger than he looks. Having taken down many of Marvel’s strongest characters, he’s certainly proved himself time and time again.

Cyclops and Wolverine rarely see eye-to-eye, and it’s led to the two suffering through many fights through the years. While they’re teammates, they actually can’t stand each other, often lashing out over the slightest inconvenience — whether that be arguing over Jean Grey, Utopia, or even who would lead the X-Men.

But the absolute funniest and the best fight between the two was when Logan found Cyclops in bed with Emma Frost and decided to comment about Jean Grey. Without even a second thought, Cyclops shot Wolverine with an optic blast and ended the fight before it had even begun.

While it’s generally considered Cyclops’ lowest moment, the day he killed Professor Xavier was a turning point for the character. Overcome by the Phoenix Force, he shouted for Xavier to stop trying to control him, then simply vaporized the man.

While defeating Xavier doesn’t outwardly look like an extraordinary display of power, especially for the Phoenix-powered Cyclops, Charles Xavier is an incredibly powerful telepath. That Cyclops was able to overcome his telepathic manipulations is a mark of his power, self-control, and skill.

After having spent his entire life tormented by the ever-cloning Mister Sinister, it was nice to see Cyclops finally get one over on the best villains of the X-Men. After suffering through the Inferno and losing his wife to Sinister’s influence, Cyclops finally snapped.

Having removed any limit from his optic blasts, Cyclops turned his attention to Mister Sinister and unleashed his anger. The result left Mister Sinister as nothing more than a bag of bones and proved that Cyclops was a valiant fighter who was far from an easy target to trifle with.

It isn’t easy to overcome the psychic influence of a literal god, but Cyclops proved that he was capable. After discovering that the Void was in Emma’s mind to overwhelm her, Cyclops accepts it into his mind instead, where he subsequently smothered it with ease.

It was an incredible feat of power that he managed to fight off its influence. After all, Sentry is one of the most powerful Avengers in Marvel Comics and regularly fails to fight the Void. Yet Cyclops managed to do it, crack a joke about it, and go about his day as if nothing really changed.

An Omega-level mutant who can control the very forces of magnetism, Magneto is far from a character that Marvel heroes can easily wrestle with. Yet, even as a teenager with limited training and limited control of his powers, Cyclops often faced off against Magneto and the Brotherhood of Evil Mutants and won.

His accomplishments over Magneto proved that he was an incredible fighter with an excellent tactical mind. Even with the X-Men up against one of the most powerful mutants, he made defeating Magneto look like literal child’s play. Considering how weak the X-Men were at the time, it was a brilliant feat.

While the X-Men and the Avengers have had some major conflicts over the years, the two were never at each other’s throats as much as they were during the Avengers vs. X-Men event. When Captain America led the Avengers to the shores of Utopia, he was met by the combined forces of mutantkind and was shocked.

While Cyclops proved Captain America’s match during the fight on the beach, he easily managed to push him away after Cyclops was overcome by the Phoenix Force. Though Captain America has won many fights over the years as a brilliant underdog, Cyclops was just too powerful and too smart to smart.

The most powerful variant of Professor X in Marvel Comics, Onslaught was created by combining the strengths of Charles Xavier and Magneto. From there, the monster set about tormenting the heroes of the world, and it fell down to every hero to try to stop him after he had absorbed the strengths of Franklin Richards and Nate Grey as well.

Yet, while he had nearly impenetrable armor, Cyclops teamed up with the Fantastic Four and the Avengers to take him down. By removing his visor, Cyclops faced Onslaught at full strength and blasted a hole through that armor. It was an amazing feat that proved just how powerful the X-Man really is when he isn’t holding back.

As the dragon who gave Danny Rand and all other Iron Fists their power, Shou-Lao the Undying is certainly a force to be reckoned with. The dragon would be difficult for any man to go up against, which is why facing him is the final challenge for every prospective Iron Fist.

So, while Cyclops struggled to defeat him, the fact that he actually came out on top in that fight was incredible. Though Cyclops was Phoenix-powered at the time, it doesn’t take away from the incredible accomplishment that was stopping an immortal dragon, while the dragon was supported by Wanda Maximoff, the Avengers, and even Hope Summers.

While Cyclops managed to control the Phoenix right until the end, Emma clearly struggled with the same Phoenix-driven urges. Though Emma is one of the smartest telepaths, that didn’t stop her from being overcome by the Phoenix and turning against the other heroes in incredibly cruel ways.

After realizing that he needed her power — and that Emma was struggling with it — Cyclops defeated his fellow Phoenix with absolute ease. Though she was also powered by the Phoenix, he simply absorbed her power without her even putting up much of a fight against him.

After Dormammu claimed a place as ruler of Limbo, formerly Magik’s dimension, Cyclops was forced to face off against the monster who had given even Doctor Strange trouble. Considering how powerful and incorporeal Dormammu can be, it seemed impossible that Cyclops would win.

Yet, despite his powers being broken at the time, Cyclops still came out on top. The hero took off his mask, which freed his optic blasts to completely target and annihilate the otherworldly monster. Though it didn’t kill him, it certainly staggered and hurt him, giving Cyclops’ team the chance to step forward and take Dormammu down with his help.

Next: The 10 Best Cyclops Comic Book Storylines, According To Reddit