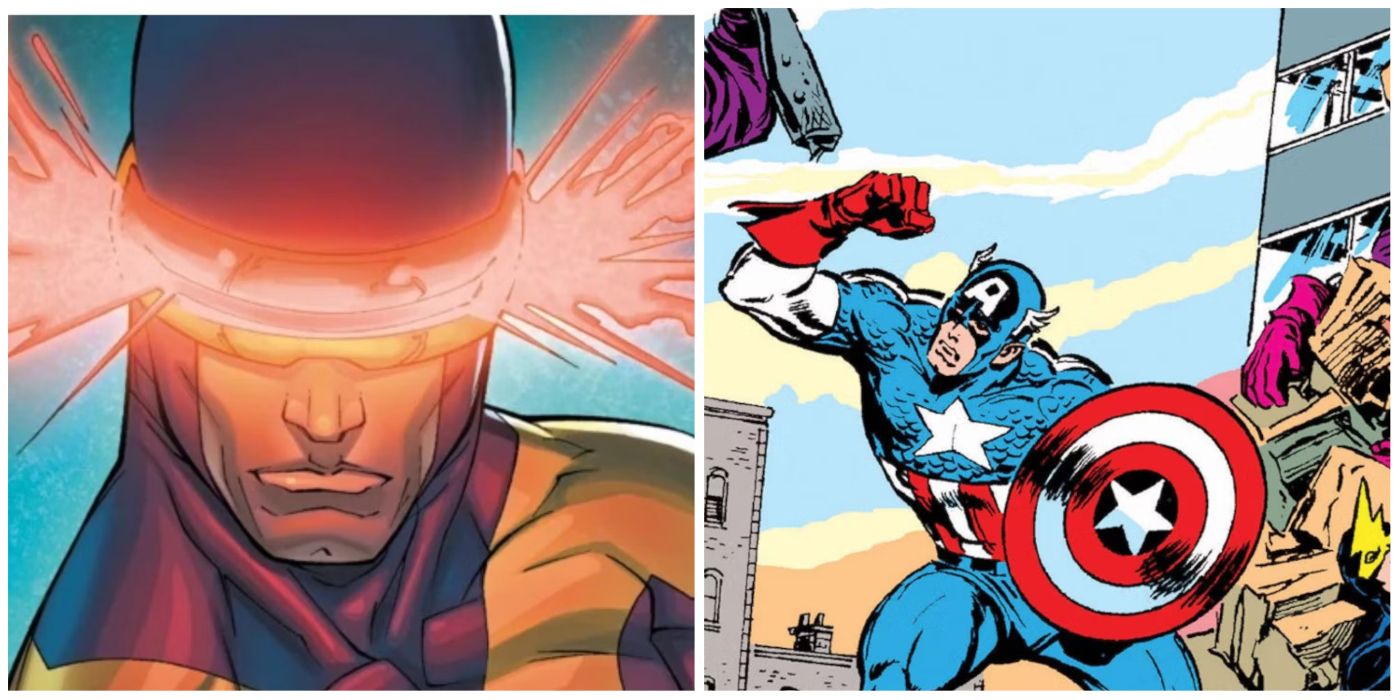 The Marvel Universe has tons of heroes, and few of them accomplish their job of helping people the same way. Some heroes have superpowers, while others rely on natural abilities. But in a world where humans are surrounded by technology, it’s not surprising to see many heroes incorporate it into their work.

Of course, not every hero needs tech to go out there and battle villains. Their powers or honed abilities allow them to fight anyone from secret organizations to world-beaters without it. But others incorporate it into their costumes and their attacks, and it makes them just as dangerous as heroes who don’t need it at all.

Emma Frost has been a villain and a hero at different times, though what’s always been at the forefront of her mind is keeping her fellow mutants safe. She’s devoted much of her life to creating a space for mutants to safely learn how to use their powers.

She’s one of the strongest X-Men, thanks to her incredible psychic abilities as a telepath, and she’s one of the best manipulators in Marvel Comics history. Her secondary mutation lets her transform into an unbreakable diamond form in exchange for her psychic powers. Her powers make sure the only advanced tech she needs is the most fashionable costume.

Quicksilver Relies On Speed Over Everything

Whether it’s the Avengers or the X-Men, Quicksilver’s speed makes him an important yet underrated hero of any team he’s on. He’s talented with reconnaissance, search and rescue, or just incapacitating several foes at once. That said, because of his own powers, he has no need to rely on technology.

He’s not incapable of using tech, but when he’s one of the fastest speedsters in Marvel, why bother? And while some of his best moments come from the 90s, he was one of the few superheroes that never relied on some armored costume to help him face a villain.

She-Hulk Prefers To Use Her Incredible Strength

Jennifer Walters has been gifted with the powers of a Hulk but without any of the drawbacks. Though she spent the early parts of her career as the Savage She-Hulk, it wasn’t long before she preferred being She-Hulk more than Jen Walters.

As She-Hulk, her strength is nearly unmatched compared to most of her opponents and many of her allies. And since she retains her intelligence, she can think to use her strength in ways that Hulk would think to try. This gives her an advantage over Hulk, even if she isn’t as strong as he is.

Captain America Only Needs His Shield

Steve Rogers has always been more of a low-tech hero compared to some of his compatriots. After receiving his powers through the Super Soldier Serum, Rogers didn’t require much technology to become a soldier. He wears a costume that appears to be made out of chain mail to protect him from bullets, but even that has never been required.

That said, Captain America’s signature shield is a masterpiece of engineering. Formed out of vibranium, adamantium, and a mysterious unknown third metal, Captain America’s shield allows him to be an expert at both offense and defense. However, while this is a key item for him, he’s fought without the shield several times and maintained a high level of effectiveness.

As Spider-Man, Peter Parker is skilled enough to do battle with an entire team of X-Men and win. His superior reflexes and speed, combined with his super-strength, make him a hero that can even handle enemies who are technically much stronger than he is. However, he’s not afraid to use technology to give himself an edge, either.

One of his signature abilities involves using his web shooters, an invention he created when he first started working as Spider-Man. And whenever he’s up against a new villain, he’s shown no hesitation in inventing something that can shut them down, like Spider-Man’s many armored costumes.

Brawn Is A Master At Using Technology But Prefers His Strength

Amadeus Cho is one of the smartest people on planet Earth. For a time, he was a kid sidekick to people like the Incredible Hulk and Hercules, but he went the way of every kid sidekick. Hang out with heroes long enough, and they become superheroes themselves.

After draining away the Hulk’s gamma radiation, Cho turns into a Hulk of his own. While he’s lost a lot of the strength he has as the Hulk since burning much of that energy away, he’s still the powerhouse of this latest Champions team and the new Agents of Atlas. These days, while Brawn is easily one of the smartest members of any team he’s on, he tends to lean on his super-strength.

When Star-Lord made his comeback to the Marvel Universe, his Element Guns no longer had the power they once did. For much of the Marvel Cosmic stories of the 2000s, Star-Lord’s blasters were just regular guns. However, as of Al Ewing’s version of the Guardians of the Galaxy, Star-Lord has access to his Element Guns once again.

RELATED: The First 10 Heroes To Quit The Avengers (And Why)

These guns help Peter Quill claim his title as Master of the Sun, which gives him so much power that he was able to single-handedly obliterate a symbiote dragon with a single burst from his guns. While Star-Lord is undoubtedly useful without his weapons, he’s much more dangerous with them.

Cyclops Needs His Ruby Quartz Visor To Be Useful At All

Cyclops doesn’t need much technology, but what he needs is vital. The founding mutant of the X-Men, Scott Summers, has been leading the team since he was a teenager. Talented in both fighting ability and tactical planning, he’s the first option the X-Men look to when they need a plan.

However, Scott Summers does have one notable weakness: his uncontrollable optic blasts. Even shutting his eyes can fail to hold them back. The only thing that can help him is a specially constructed visor that uses ruby quartz to hold back the force of his blasts.

The genius scientist Tony Stark was supposed to spend the rest of his life having easy days as the head of Stark Industries, but when he was captured by a group of terrorists and tossed into a cave, a different man emerged. This new man grew into a hero, someone who could become one of the Avengers’ greatest leaders.

But much of his power as a superhero is dependent on his ability to stay ahead. His enemies have forced him to upgrade his armor multiple times in his history, and as a futurist, Stark knows his work will never be done.

Vision Is The Robotic Son Of The Avengers’ Greatest Enemy

The Vision’s origin story is one of the greatest twists in Avengers history. Vision was constructed by Ultron, a villain only the Avengers could beat, as Ultron’s greatest weapon. But unlike Ultron, Vision turned out to be a force for good, siding with the Avengers.

Since then, he’s been one of the most loyal members of the team. His A.I. brain functions just as well as any human’s, especially considering his relationship with the Scarlet Witch. However, as human as the Vision might be, he’s entirely reliant on his technological body to function.

NEXT: 10 Comics For People Who Hate Superheroes