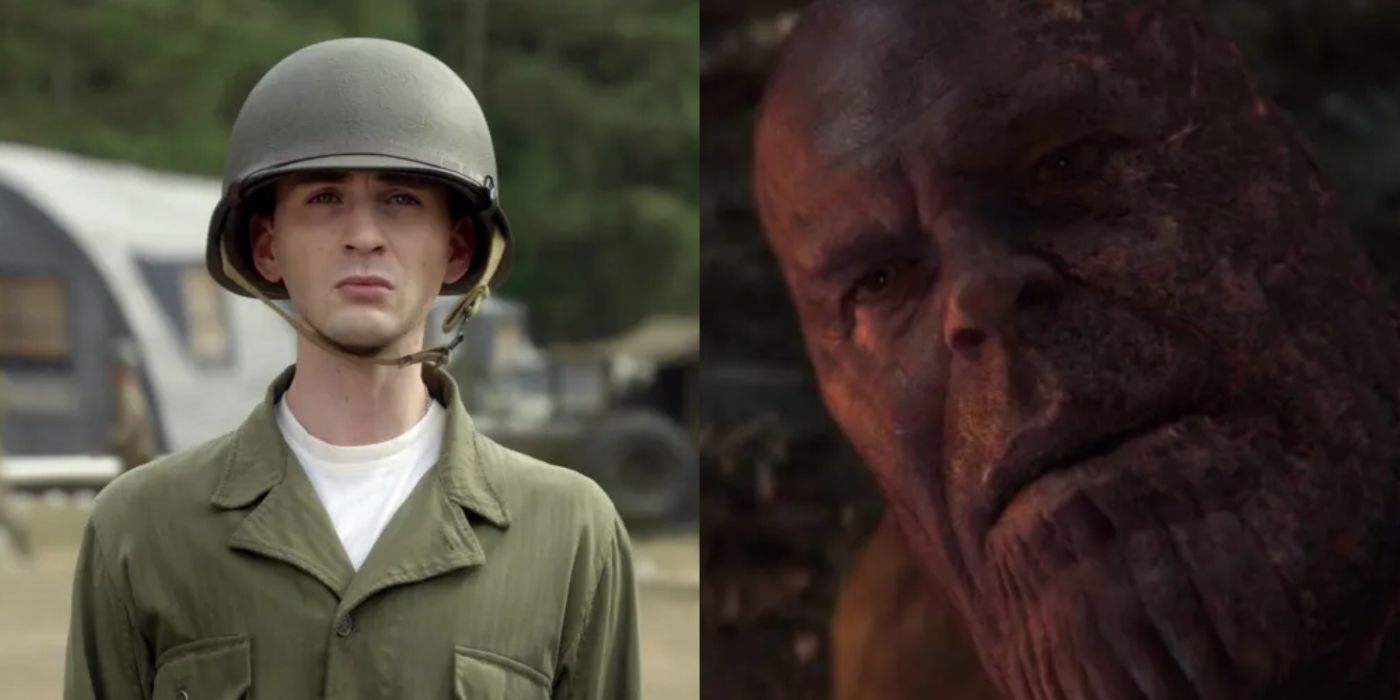 Black Panther: Wakanda Forever is the newest addition to the MCU, and many fans have praised the movie for its remembrance of the deceased Chadwick Boseman who portrayed Black Panther in the original film. Though audiences wondered if the creators would utilize CGI to continue Boseman’s role as the Black Panther, the decision not to do this was based on respect for the actor’s work as the iconic character.

While CGI isn’t always the right way to develop an impressive MCU film, the incorporation is often essential to portraying the characters and scenes realistically. The inclusion of CGI has created some of the best aspects and scenes throughout the MCU.

There have been many upgrades to the Iron Man suit throughout the MCU, but fans were impressed with Tony Stark’s creation from the first film. Stark proved how astounding of an inventor he was when he created the first Iron Man suit out of scraps he found in a cave.

While the original suit was mostly real to prevent the movie from spending too much money on CGI, it was a difficult prop for Robert Downey Jr. to move around in. As the suit continued to be featured in other Iron Man and MCU films, more CGI was used. The inclusion of this CGI made the shine and movement of the armor look like a real-life robotic suit.

9/10 All The Avengers Movies Culminated In Avengers: Endgame

Avengers: Endgame was one of the most anticipated MCU movies ever, with fans waiting to see what became of the Avengers team following the dusting of many central heroes by the infamous Mad Titan. The film tackled the task of sending the heroes back in time to reverse the damage caused by Thanos, but the Russo Brothers portrayed this time jump perfectly through the use of both CGI and practical effects.

Related: 10 Fake MCU Leaks That Were Better Than The Actual Movies

The CGI used when going back in time was impressive, as was the epic battle that ended the war against Thanos and his army. This battle, with the inclusion of an alien army and all of the Avengers, was quite the undertaking, but one that was made possible by the incorporation of CGI effects.

8/10 The Hero Battle In Captain America: Civil War Was Impressive

Captain America: Civil War was a sequel that felt more like an addition to The Avengers films than an end to the Captain America trilogy. The movie tackled some important themes within the MCU, including the complicated nature of good vs. evil and how this can be a gray area even for heroes.

While some fans weren’t impressed with the CGI in some aspects of this film, such as the generated Spider-Man suit, the battle between heroes was epic, which largely had to do with the CGI utilized. This movie notably featured for the first time the Black Panther’s suit, which was completely CGI, was introduced, and the Giant-Man suit Ant-Man uses within the battle.

7/10 The Battle With Dark Elves In Thor: The Dark World

Thor: The Dark Word is one of the worst MCU films according to many fans who did not positively receive this addition to the Thor franchise. Though some of the events within this film were essential to future MCU films, it was critiqued for its poor plot and boring villain.

However, one scene in this film that was unquestionably impressive was the prologue which featured the Asgardian warriors going up against the Dark Elves. Portraying these otherworldly creatures and heroes wouldn’t have been possible without the inclusion of CGI, nor would the battle have been possible with the many Dark Elves that had to be computer generated.

6/10 The Epic Battles In Avengers: Infinity War Made It One Of The Overall Best Movies In The MCU

Avengers: Infinity War is one of the most impressive MCU movies within the franchise, offering an epic battle that led to the devastating victory of Thanos and the dusting of several central characters within the universe. This epic battle is one of the overall best within the MCU, featuring the Avengers and allies as they battle the fierce alien army of the Mad Titan.

The battle in Wakanda took place simultaneously with the battle on Titan in which the heroes fought to prevent Thanos from destroying their planet. There was a great deal of CGI used throughout the battle, especially when incorporating heroes like Rocket and Groot as well as the alien enemy. The seamless use of this CGI made this epic battle look entirely realistic.

5/10 A Fake Robert Downey Jr. In Iron Man 3 Was Undetectable

Tony Stark is the best Avengers in the MCU according to many fans, making him and his films some of the most beloved inclusions of the franchise. However, few fans are aware of the injury Robert Downey Jr. suffered during the making of Iron Man 3 that prevented him from filming for a portion of time.

As is the case for many of these films, the schedule didn’t allow for a cease in production while Downey recovered. Instead, the film superimposed his face onto another actor’s body for several of the scenes. This expert use of CGI flew under the radar for many fans and is considered one of the most impressive uses of CG within the MCU.

Chris Evans has been praised for his role as Steve Rogers, having the grace and physique to pull off this demanding hero role. However, the beginning of Captain American: The First Avenger aligned with the comic book rendition of pre-serum Rogers, who was short and skinny compared to his future stature.

It would have been impossible to change Evan’s appearance in the earlier years of Captain America’s storyline. The use of a body double, digitally altering Evan’s stature, and grafting his performance onto the body double was the complex process used to create pre-serum Rogers. This was an impressive use of CG that made his evolution look realistic and all the more impressive.

The Mad Titan known as Thanos first appeared in Avengers: Assemble and was then portrayed from Guardians of the Galaxy onward throughout the different MCU films. Though practical effects were utilized for the early rendition of Thanos, the MCU reasonably had to utilize CGI throughout the other MCU renditions of the character.

Though the Marvel Studios has been critiqued for the overuse of CGI effects in their films, the generated Thanos renditions created a realistic portrayal of the infamous villain. Despite the immortality of the titan, the CGI utilized succeeded in showing his change throughout the years as he fights for the justice he believes will better their galaxy.

2/10 The City Bending In Doctor Strange Was Mind-Blowing

Doctor Strange incorporated an epic battle between Doctor Strange and Kaecilius. While this intense battle appeared to be within New York City, it was within the Mirror Dimension which is a parallel dimension to the real-life city.

The landscape of the city is distorted in this dimension, causing the landscape to constantly appear folded and warped and succeeding in being a complicated battle arena. This rippling landscape utilized in this epic fight wouldn’t have been possible without the four VFX studios Marvel worked with to pull off the illusion of this dimension with as much realism as it succeeds in.

While the final two films in The Avengers franchise are considered the greatest MCU renditions of the collaboration of these heroes, the epic storyline wouldn’t have been possible without the original team-up that began it all.

There are several scenes throughout this film that expertly utilize CGI to portray a realistic world of heroes and high-tech resources. The Hellicarrier in which the heroes convened with S.H.I.E.L.D was an impressive creation made possible by CGI. And the epic battle against Loki and his alien army wouldn’t have been possible without the necessary and yet realistic use of CGI.